LAST WEEK, we read of former Treasurer Josh Frydenberg’s shock and distress at learning that his boss and friend, former Prime Minister Scott Morrison, had deceived him.

Unknown to Josh, Morrison secretly had himself sworn in as Treasurer, presumably to ensure he had the power to overrule Frydenberg should the need, as perceived by the Prime Minister, arise.

Treasury was one of the five ministries Morrison secretly acquired ostensibly as an extra precaution during the initial phases of the COVID-19 pandemic. This justification is dismissed with some scorn by former High Court Judge Virginia Bell, in her report on Morrison's alarmingly sinister move away from democracy, towards autocratic control.

There was, as Justice Bell notes, no reason for Morrison to acquire these portfolios at all, let alone in secret. Should any minister be taken ill, or otherwise unable to fulfil their duties, the Prime Minister can be sworn in at that time. The move was a power grab by Morrison, undoubtedly supported, encouraged and enabled by those closest to him.

What has apparently cut Mr Frydenberg to the quick is the stark knowledge that he was not a member of that inner circle, despite his close friendship with Scott, who has as yet, we are told, failed to apologise for his scurrilous betrayal. 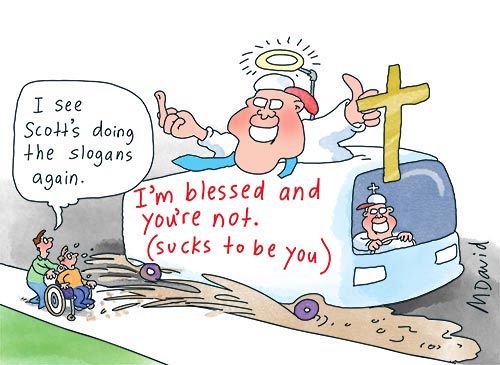 By ruling in secret, the Morrison Government was not being responsible to the parliament and was not accountable to the people — who are the basis of its legitimacy.

According to journalist Niki Savva, to whom Frydenberg spoke of his sorrow and his anger:

‘What really stuck in Frydenberg’s mind, and his craw, was Morrison’s response in that initial conversation when a profoundly disappointed Frydenberg put it to him that: “You wouldn’t do it again if you had your time over!” Morrison replied: “Yes, I would.”’

Please get out your tiniest violin.

Frydenberg isn’t the only former minister to be shaken to the core by Morrison’s perfidy. The only one informed at the time that his authority had been usurped by his leader was former Health Minister Greg Hunt. In this instance, the COVID-19 justification did make some sense.

However, over the space of a year, Morrison appointed himself to four other ministries and contemplated acquiring a sixth, as reported in The Guardian:

‘…Morrison asked for advice about appointment to a sixth ministry, the Department of Agriculture, Water and the Environment, in order to gain powers under the Environment Protection and Biodiversity Conservation Act, but opted not proceed.’

That all the ministers involved had it coming is a view the general public can be forgiven for holding. Their leader screwed them much as he screwed the entire country for the years he was in government, as Immigration Minister, as Social Security Minister, as Treasurer and finally, the greatest screw of all, as Prime Minister. 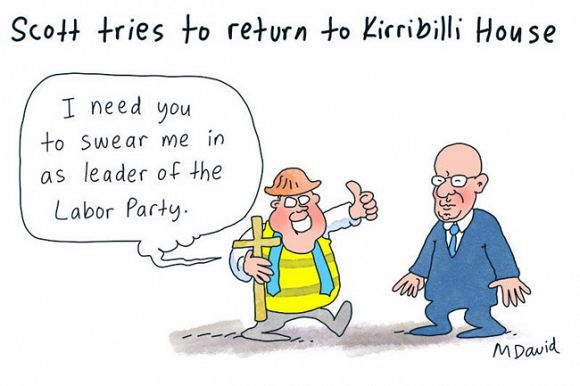 It’s telling that none of the offended ministers has as yet been capable of seeing much beyond their personal grievances. The truth is, Morrison did far more damage to the people of Australia and our democracy than to the individual ministers whose authority he granted himself the means to usurp. Yet the ministers remain strangely silent on this far more significant offence.

The truth is, Morrison gave himself the power to overrule any decisions made by the apparent ministers in critical portfolios, without their knowledge or consultation of any kind and without the knowledge of the electorate.

The truth is, Morrison and a very small circle of enablers initiated a serious attack on our democracy and its institutions, and successfully orchestrated the means to concentrate power in the hands of the then Prime Minister.

That apparently nobody in the L-NP has seen fit to address this deliberate erosion of the democratic principles that serve to maintain some order in our governance should alarm everyone. If they can’t address this, they aren’t fit for purpose. If they can’t see beyond their personal affront, they’ll do it again, as long as they’re included next time.

Morrison did not seize ministerial powers in five portfolios all by himself. As Prime Minister Anthony Albanese has pointed out, there was a culture that allowed him to do this. The former PM misled Parliament as to his roles and the authority of the ministers who ostensibly were solely responsible for the portfolios he secretly acquired. A culture of profound secrecy permitted him to do this.

While undoubtedly the ministers involved feel betrayed, their personal feelings are hardly the issue here. The biggest betrayal is of our democracy, which, while it is far from perfect, is the only system we currently have that cobbles our society together. Replacing it with an autocracy is not in our interests. The Federal Labor Government should take immediate steps to ensure such a situation can never arise again. 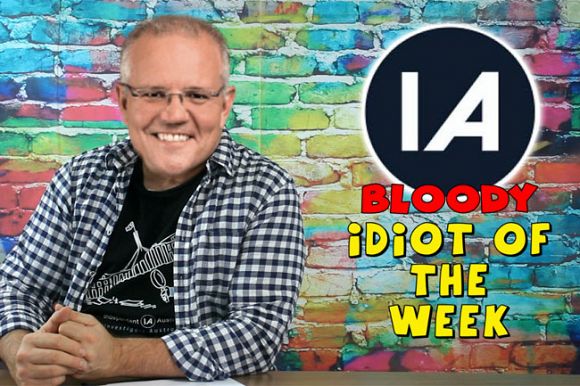