QUEENSLAND NATIONALS Senator Matt Canavan is a jewel of parochialism, a darling of nutty consternation. As a member of a party historically hostile to cutting fossil fuel emissions, he has been, for the most part, at home.

But some of his colleagues have had environmental conversions, hammering out an understanding with their Liberal counterparts about a net-zero emissions target by 2050.

This understanding was only reached after much hollering and fuss prior to Prime Minister Scott Morrison’s visit to the climate change conference in Glasgow in 2021. But Canavan was having none of it and was delighted by the conference’s end that countries had agreed to “phase down” rather than “phase out” coal burning.

The communique of COP26 was, according to the Queensland Senator, a “green light” for Australia to keep digging and “supply the world with more coal because that’s what brings people out of poverty”. There had “never been a higher demand” for coal and a virtuous Australian fossil fuel market would be happy to feed it. 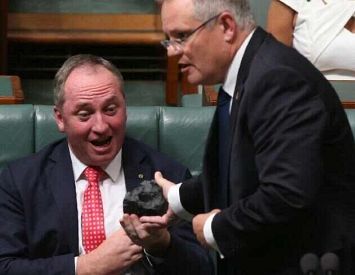 With an election campaign in full swing, Canavan has again attempted to slay the net-zero emissions dragon, taking the lead from L-NP candidate for the seat of Flynn, Colin Boyce. Boyce had suggested that the commitment to net-zero was flexible, permitting “wiggle room” and a distinct lack of fidelity.

On the ABC’s Afternoon Briefing program, Canavan went one further in roundly proclaiming that net-zero is dead. With such remarks, the accord reached between the Liberals and Nationals about achieving net-zero emissions by 2050 seemed, not only shaky but erased.

With the election campaign in full swing, these remarks proved unwelcome to his government colleagues. 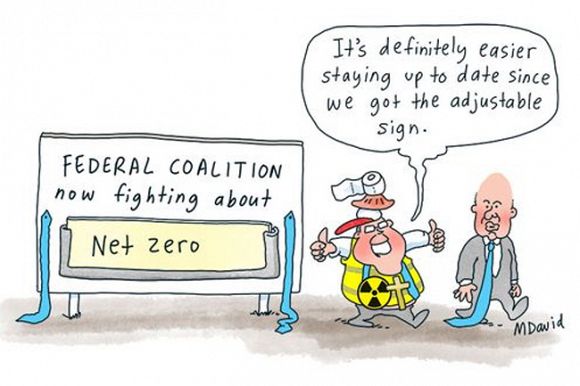 “That is not his party’s position, that’s not the Coalition’s position and it’s not the Government’s position. That’s his view, it’s no surprise, he’s held it for a long time, it’s been resolved and our policy was set out very clearly.”

“Pull your head in, Matt,” she waspishly chided, while Victorian Nationals MP Darren Chester suggested that Canavan had lost not merely the argument but a sense of perspective:

“Matt Canavan is becoming like the Japanese intelligence officer who refused to accept World War II was over and hid in the Philippines jungle for 30 years.”

Former Nationals leader, Michael McCormack, did the media rounds suggesting that Canavan’s remarks were “not helpful”. The issue of emission targets had been resolved. 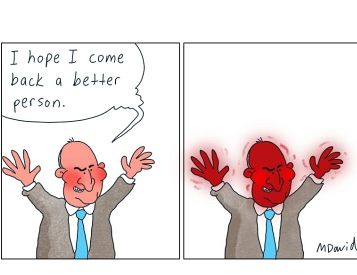 “There are enough sensible people in the National Party to ensure people know we are committed to it.”

The discordance in government ranks was a boon to the Labor Party.

The assessment from Labor Senator Murray Watt was:

“The Liberal and National Parties are in open warfare about their net-zero emissions policy, in the middle of an election campaign.”

Anyone familiar with the Canavan copybook will be touched and dismayed by his entertainingly grotesque readings of climate change. In 2021, he tweeted photos of snow-filled scenes in regional New South Wales mocking the idea that there was a rise in global temperatures. 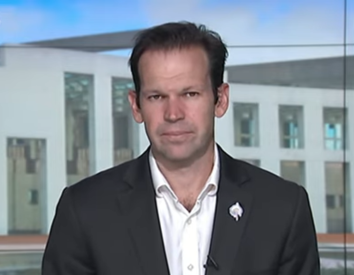 He has also been unsparing about the authors of the Intergovernmental Panel on Climate Change (IPCC):

“One of the IPCC authors was quoted as saying he hoped this report would scare people so it would help change their vote.”

The Senator has also become a socialist of sorts, at least when it comes to fossil fuel polluters. Far from being demonised, those in the industry should be coddled and cushioned from the predatory behaviour of banks refusing to fork out financing for new mines.

‘Global banks that want to control who has a job in Australia should be locked out of our country. Yes, that might mean we pay higher interest rates but that is worth it to protect our independece [sic]’

Global banks that want to control who has a job in Australia should be locked out of our country. Yes that might mean we pay higher interest rates but that is worth it to protect our independece and to keep Australians in charge of how we are governed.

In 2020, he told an Australian national program that the idea of zero-emissions was never something that had been put to the electorate:

He also attacked the Paris climate agreement as “transferring industrial wealth from the west and from Australia to China, a country that’s bullying and threatening us”. (It must surely strike Canavan as ironic that China’s demand for Australian commodities, notably iron ore, remains insatiable.)

With such attitudes, Canavan is bound to win a fair share of votes. His unabashed hostility to environmental activists and his adoration of coal continue to sell well as a message in parts of his home state. It is proving less convincing in Australia’s metropolitan centres, increasingly terrified by a planet on the boil.