There should be a call for our court system to bring governments to account for social injustices, writes Gerry Georgatos.

Social justice systemic repair cannot be delivered or galvanised expeditiously by campaigns alone or in a belief that governments will deliver on promises.

In the last few years, I have launched 17 legal actions, initiated the suing of governments and government instruments for individuals and their families whipped and shackled by injustices. We hear the cries but pass them by. These legal actions, which take years, have redressed some individuated claimants with compensability but on the systemic front, the social justice remains betrayed.

As each day rises, so do preventable injustices. People fear the front foot and instead go on the back foot, hiding, refusing to weep or acknowledge sisters and brothers tormented, devastated.

Some fight for reforms which majorly subsume our lives with no end in sight, pitch divides and toxify people. Others are exhausted and covet a life of an inner circle, mostly family and some friends. 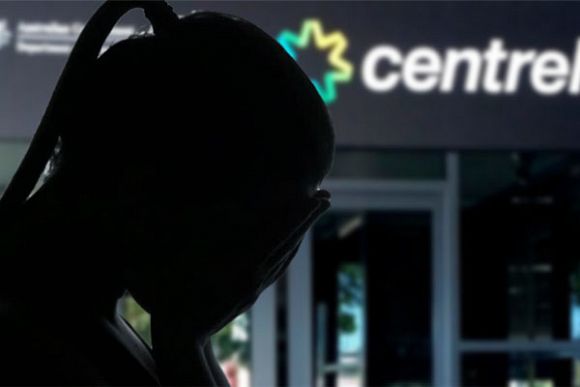 Robodebt claims the life of a 19-year-old mum

Centrelink's robodebt scandal has been claiming the lives of people struggling with debt, yet our Government remains inactive.

Class actions and wider representation legal actions are a way to corner governments into systemic repair, into improved human rights policy and practices. The Robodebt Class Action has proven we can have government by the people through the court. Even royal commissions cannot compel governments to enable recommendations but courts can compel rulings be upheld, laws upheld, systemic injustices done away with.

The further west we journey across the continent, the less there is of a practice of universal human rights, the less social justice.

Unless we take to court the legal demands and onus for political reforms, the travesties and tragedies and the horror scale will not just continue but will get worse.

Governments and their instruments can do so much more but are not. Neglecting children, harrowing children to the hovels and miserable corrals they call juvenile detention correctional facilities is reprehension and abomination.

If it takes class actions and stalwart law firms to help our poorest, our homeless, to reduce prison populations and incarceration rates, to reduce suicides, to oblige governments to spend on authentic ways forward and meet the rights of all our children and people, then may the courts gear up for this way forward. Individuated actions are all well and good but let us get governments educated through the courts, for all our sakes.

I’ve spent four decades campaigning for the rights of our vulnerable, changed some laws, got some policies up, righted some wrongs, each one taking years and then there are all the many more battles still unwon.

Life is brief and we need to do everything we can for one another, as if we all matter as much as the most privileged.

Australia’s juvenile detention centres are grim Dickensian poor houses where the majority of children are further failed. There is no disputing this. It is now about doing something about it.

We must never live in fear. We must be who we should be 24/7, not selectively. What the heart sees, the mouth must speak.

For more information on the Banksia Hill Class Action, please visit this link.