As Julie Bishop and Scott Morrison remind us why we're better off without the Coalition, the ABC continues to forgive the crimes of the L-NP, writes Dr Jennifer Wilson.

LAST WEEK, for reasons that aren’t immediately apparent, a 2020 image resurfaced on social media of former Foreign Minister, former Deputy Leader of the Liberal Party and current chancellor of the Australian National University, Julie Bishop, clinging to a guano-spattered pole in the sea off Perth’s Cottesloe Beach, swathed in metres of hot pink taffeta.

The purpose of the photo shoot was to raise money for ovarian cancer research, an irony of cosmic proportions given Ms Bishop’s reputation prior to entering politics for tormenting dying victims of mesothelioma for money.

Ms Bishop is, by her own choice, better known for her frocks, shoes and jewellery than she is for her achievements as Foreign Minister. Depending on your point of view, it is either tragically disappointing that a woman is remembered primarily for her ornamentation, or a triumph for the “women can have it all” branch of feminism.

Not many women have fought their way to the top echelons of government and been photographed in the shovel of a dump truck in a ball gown and matching high tops — credit where it’s due.

Julie Bishop is using her fashion force to raise awareness about ovarian cancer.

The former Foreign Minister delivered her message in style - rocking a frock in the outback. @Gary_Adshead #9News pic.twitter.com/7P8Jx60KXd

A mere 24 hours later, it emerged that former Prime Minister and current backbencher Scott Morrison has been signed up by the World Wide Speakers Group as a “highlighted thought leader” available for hire.

Drawing on a heroic background narrative that will startle many Australians with its innovation, as well as French President Emmanuel Macron, the website claims:

During his tenure, Morrison was tasked with several difficulties that required unique and innovative solutions. From managing the public safety of Australians during the pandemic to mitigating an economic crisis, controlling natural disasters, and leading the country while others were at war — Prime Minister Morrison led Australia with his particular brand of calm decisiveness and rationale. A virtuous globalisation mastermind, Morrison lends his boundless influence and experience to audiences around the world.

Almost daily, many of us in Australia send quiet thanks to the universe or our preferred external deity for the immeasurable relief of not having to hear Scott Morrison anymore. There are sound reasons to believe many of his colleagues do the same.

That he is now flogging himself as a ‘globalisation mastermind’ is indeed quirky, but that he’s managed to get an organisation to enable him in his new venture is a powerful tribute to marketing skills untarnished by years of staged announcements never followed by delivery. Credit where it’s due — he can blow a trumpet. 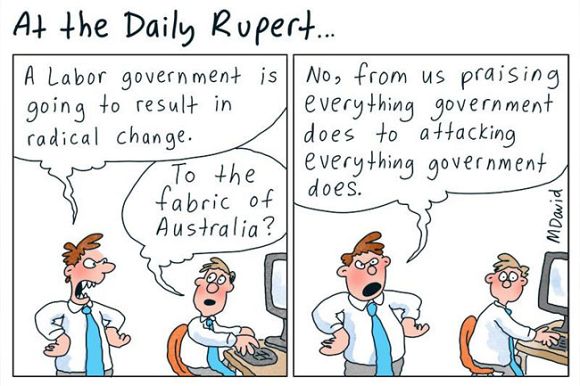 While the Morrison Government delivered endless scandals, the media must now adjust to a government free of controversy.

Fortunately, it’s difficult to imagine current Foreign Minister Penny Wong swinging from a bird shit-encrusted phallus rising from the seabed, wearing curtains liberated from a French bordello. Likewise, Prime Minister Anthony Albanese seems unlikely to market himself as a virtuous globalised thought leader — though one never knows, does one?

We can be forgiven our bawdy hilarity at theatrical antics from two people once tasked with the grave business of senior governance. We’ve escaped them, though not without scathe.

Then on Sunday, we had the ABC’s flagship political performance piece, Insiders, which, like thousands of other media consumers, I rarely watch these days. The name is enough to aggravate without subjecting oneself to the content. Anyway, Sunday morning is when I prefer to attend uninterrupted to my skin, hair and nail routine as I aspire to Ms Bishop’s goal of having it all as I age.

But time to be serious.

This week’s question posed by the Insiders social media team was: ‘Will stopping rorts actually save the budget that much money?’

"Wiping out a swimming pool grant may be unpopular, but not tough. Fixing the budget structurally is where the challenges lie."

Will stopping rorts actually save the budget that much money? #Insiders #auspol pic.twitter.com/ajW9L69H25

This question tells you everything you need to know about the ethos behind this show. It is apparently a given that rorts are acceptable. I conclude this because the question is not about the ethics of rorting, as one is entitled to expect it would be. The question is about saving money. From this question, we can assume that to Insiders, rorting isn’t in itself a problem and only becomes a problem if budget costs become unacceptable.

Despite the huge scandal surrounding the alleged rorting of the former L-NP Federal Government, including investigations by the Australian National Audit Office, it appears the process itself has been normalised by the Insiders team.

We should be stopping rorts because they are undemocratic and morally corrupt. Living up to its name, Insiders posed the wrong question, revealing far more than intended, I suspect, about its allegiances and ethics.

But don’t despair! There’s still Ms Julie from Cirque du Soleil and Scotty from Marketing to lift our spirits! Huzzah! 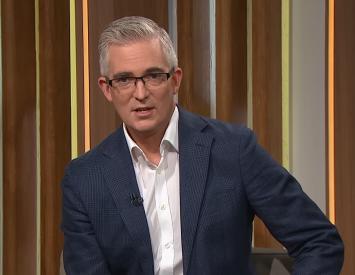