Caretaker mode and the ABC

It is sad to see the ABC taking its lead from the often ignorant print media and getting it wrong as a result, says Rodney E. Lever. 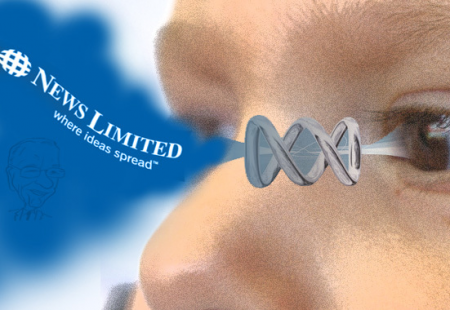 IT IS SAD TO SEE the once determinedly independent 81-year-old ABC aborting its political news commentary by taking its lead from the often ignorant sources of today’s print media.

Too often recently, the ABC has been unwisely accepting  newspaper editorial views and adding to the confusions of hardly reliable political polling, instead of its once valuable and often variant versions of the news of the day.

More and more people are looking for alternative news sources, as shown by the burgeoning social networking and online publications. These are the sources to which people are turning now in greater numbers and must be regarded as increasingly important and significant in 2013 — particularly now that it is an election year.

From its inception in Queensland in 1932, the ABC quickly spread to the rest of the nation. The immediacy of radio created the best and most accurate and intelligently interpretive news service — something newspapers could never match, particularly in wartime.

The response of the newspapers, particularly those run by the Murdoch family, has been to denigrate the ABC in every way possible for all of those 81 years.

When Fran Kelly, an experienced political radio journalist called together her Friday brains trust of senior political commentators this week to discuss the coming election, I nearly choked on my tea when I heard that  Coalition parties were seeking to attend government briefings by public servants before the coming election “because the government is in caretaker mode” and “what was Julia Gillard going to do about it?”

The right answer, of course, is she will do “exactly nothing.”

The Gillard government is not in caretaker mode. The Coalition parties and journalists have clearly not studied the Australian Constitution.

The over-eager Coalition has no right at all to involve itself in governing the country until the writs for an election are issued. Caretaker mode does not take effect just because the election date had been declared.

What are the “writs”? They are documents signed by the Governor-General dissolving the Parliament and the Senate. They are the formal declaration of an election.

After the election, the party with the greatest number of elected candidates becomes the caretaker government until its ministers are sworn in by the Governor-General.

Some of the confusion that the ABC's panel found in this issue can possibly be traced back to the 1972 election, when Gough Whitlam won with nine more seats than the McMahon coalition.

Whitlam sprang a surprise by resurrecting an old political word called a “duumvirate”, which means a government by two persons.

In this case, the day after the election and the result was clear, Whitlam had himself and his deputy Lance Barnard were sworn in by the Governor-General and began his government immediately, before the election weekend was over. There was no opportunity for Billy McMahon to interfere.