Can Abbott or Shorten ever re-ignite the Light on the Hill?

With both Abbott and Shorten hitting rock bottom in the latest poll, Australians feel short-changed compared to the visionary leaders of old. Whilst John Curtin was voted our most popular PM, it's Ben Chifley who gets Rodney Lever's vote.

THE SYDNEY Daily Telegraph was always the biggest selling newspaper in Australia, but it was nothing like the Murdoch-styled travesty it is today.

D.F.H. (Frank) Packer had inherited the paper from his father and hired the best newspaper editor Australia has ever had: Brian Con Penton, from Queensland.

The paper's comics page had a strip called "Bluey and Curley”. One day the Aboriginal boy, Jackie Jackie, was walking around in circles muttering to himself, "Gibbet yen, gibbet yen”.  Bluey turned to Curly and said, "He's getting ready for the Japs”. 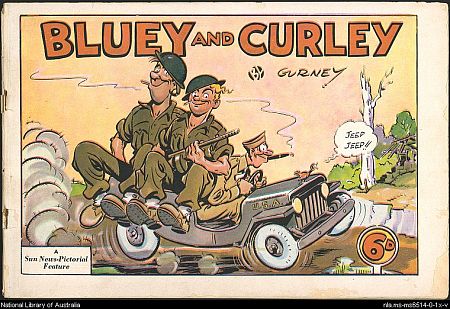 The Japanese invasion had begun and Nippon was already swallowing all the countries to Australia's north.

John Curtin was our prime minister then and he was not a well man. The pressure of war brought him down and he died in 1945. Despite Curtin being Australia’s most popular prime minister, the man I would name as Australia greatest leader is Ben Chifley, the former treasurer, who took over and saw out the war.

There is a true story about Chifley driving from Canberra down to Sydney one day, with his driver at the wheel and Chifley in the back seat with a sheaf of government papers on his lap. Along the way, Chifley saw a young man in a soldier's uniform standing by the road thumbing a ride.

"Give that lad a ride," said Chif. The young man climbed in and sat with the PM in the back seat of the government limousine. He didn't know who Chifley was.

Chifley said, in the grating voice of the former train driver he had once been, "And where are you off to young man?"

The young soldier told his story. His wife was in Sydney and he was about to be sent off to war in New Guinea: "I really wanted to say goodbye to her because I might never see her again."

Chifley took out his pipe, lit it and thought for a while. Then he said,

"Look, son. I am the prime minister and I am in charge of the army and you are a soldier and you have to go back to your army base now. I want you to get out of this car right now and cadge a ride back to your unit as quick as you can or you will be in a lot of trouble."

Of course, the young man could do nothing except salute and follow the order of his commander in chief.

When the boy got out, Chif said to his driver, "It broke my heart but it was something I had to do."

At the end of the war, the Australian people were looking for change and seeking a brighter future. Robert G. Menzies brought his Liberal party into power with promises of better times ahead.

Chifley's "Light on the Hill" speech was a great example of strategic goal setting. Many can learn from him today.... pic.twitter.com/Ff4URUh9m9

Before he retired, Ben Chifley made a memorable speech known as ‘The Light on the Hill’, which, over the years, has epitomized the Australian Labor Party’s philosophical aspirations. More recently, Tony Abbott, unexpectedly hijacked it to invoke Australia’s place in the world in his speech to the UN. This is an abridged version of Chifley’s original:

I have had the privilege of leading the Labor Party for nearly four years. They have not been easy times and it has not been an easy job. It is a man-killing job and would be impossible if it were not for the help of my colleagues and members of the movement.

Because of the turn of fortune’s wheel … I have gained some prominence. But the strength of the movement cannot come only from us. We may make plans and pass legislation to help and direct the economy of the country. But the job of getting the things the people of the country want comes from the roots of the Labor movement – the people who support it.

When I sat at a Labor meeting in the country with only ten or fifteen men there, I found a man sitting beside me who had been working in the Labor movement for fifty-four years. I have no doubt that many of you have been doing the same, not hoping for any advantage from the movement, not hoping for any personal gain, but because you believe in a movement that has been built up to bring better conditions to the people. Therefore, the success of the Labor Party depends entirely, as it always has done, on the people who work.

I try to think of the movement, not as putting an extra sixpence into somebody’s pocket, or making somebody prime minister, but as a movement bringing something better to the people, better standards of living, greater happiness to the mass of the people. We have a great objective – the light on the hill – which we aim to reach by working the betterment of mankind, not only here but anywhere we may give a helping hand. If it were not for that, the Labour movement would not be worth fighting for.

If the movement can make someone more comfortable thousands of my colleagues will continue to add zest to its work, give a greater feeling of security for their children and a feeling that if a depression comes there will still be work, and see that the Labor Party is striving its hardest to do its best, then we will be completely justified.

Maybe we won’t see the likes of another Chifley, but our current leaders would do well to draw on his vision when they talk of “betterment of Australians” instead of mouthing empty platitudes.

@MVincentOZ @BreakfastNews Tony Abbott at the U.N: Australia is a "light on the hill" on terrorism pic.twitter.com/bZfQ4zaADK