Britain forges ahead of Australia in marriage equality

Britain's Conservative Government passes a Bill in favour of same sex marriage through the House of Commons — in a landslide. Tess Lawrence asks why Australia still lags. 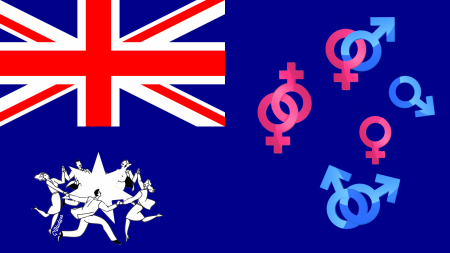 Two sleeps ago, in a major political breakthrough for international human rights, the majority of the House of Commons, gawd luv 'em, voted 400 to 175 in favour of same sex marriage in England and Wales.

Prime Minister David Cameron is to be congratulated for his extraordinary political courage and leadership in this penultimate step for Justice.

Given that more than half of the Bill's voting opponents were members of his own Conservative political tribe, Cameron displayed a daring leadership, moral fortitude and muscle, sadly lacking in our own Prime Minister.

Julia Gillard, has stated categorically that she is against same sex marriage, spurning the  considerable LGBT (lesbian, gay, bisexual and transgender) electoral bloc who are part of our human family and entitled to equality both in law and in societal equity.

After the Bill goes to a Public Bill Committee for a nip and tuck, it will go before the House of Lords — some of whom are already a-leaping in hypocritical horror. And here, I'm not just talking about hereditary peers.

Given that the majority of the British public (as in Australia) support gay marriage – and given that the house of the people, the Commons, has spoken on their behalf – if the Lords did not pass the Bill, they would distance their privileged selves even further from The Great Unwashed.

The Commons agreed to a free vote on the Bill; that is, parliamentary representatives were not obliged to vote along party lines. Our 'conscience' vote (excuse the guffaw) is the nearest equivalent to a free vote.

Herein, the Leader of the Coalition Opposition in Australia, Tony Abbott, meanly refused members the right to a conscience vote on same sex marriage.

And collectively, known dissenters lacked the moral strength and will to politically shirtfront him on this.

Back home in 'the Mother country' – where we are firmly attached to the monarch's umbilical chord – on the day of the Bill's second reading (February 5), three senior Conservative Cabinet Ministers sent a moving and shamelessly impassioned plea to the editor of The Telegraph (UK) supporting the passing of the Bill [IA emphasis]:


SIR – Today the Commons will vote on the Bill to allow same-sex marriage.

Civil partnerships for gay couples were a great step forward, but the question now is whether it is any longer acceptable to exclude people from marriage simply because they love someone of the same sex.

Marriage has evolved over time. We believe that opening it up to same-sex couples will strengthen, not weaken, the institution. As David Cameron has said, we should support gay marriage not in spite of being Conservatives, but because we are Conservatives.

Our party also has a strong belief in religious freedom, a vital element of a free society. The Bill ensures that no faith group will be forced to conduct same-sex marriages. The legal advice is clear that these protections for religious groups cannot be overturned by the courts.

Religious freedom works both ways. Why should faith groups, such as the Quakers, that wish to conduct gay marriages be forbidden from doing so? This Bill will enhance religious freedom, not restrict it.

Attitudes towards gay people have changed. A substantial majority of the public now favour allowing same-sex couples to marry, and support has increased rapidly. This is the right thing to do at the right time. We will be among the Conservative MPs voting for this Bill today.

Britain's impressive and influential Foreign Minister and Secretary of State, William Hague, a form Tory leader, was recently in Australia for the Australia-United Kingdom Ministerial Consultations (AUKMIN) day-long talks in Perth, but had to cut short his trip because of the hostage crisis in Algeria.

AUKMIN deals mostly with security, intelligence and defence issues, and primarily involves Australian personnel busily counter-signing documents prepared by the UK – even if they let us type them up here in Oz – so we feel as if we're grownups who have a say in matters.

George Osborne is Chancellor of the Exchequer and Second Lord of the Treasury.

Theresa May is the MP for the delightfully named district of Maidenhead and is Home Secretary.  She is also a former Minister for Women and Equalities who was big enough to publicly change her mind on earlier political homophobia. She was once against adoption by gays.

At precisely 12.44 pm, her successor in that portfolio, Maria Miller, rose to move that the historical Bill be read a second time. Here I quote the Minister from Hansard, and I encourage all those who sit in our Parliament to read the transcript in full, by clicking here, so that they may come to know and understand how one can have rigorous and courteous political debate without necessarily resorting to facile invective.


Mr Speaker, you and I know that every marriage is different—indeed, any husband or wife of a Member of this House has a distinct set of challenges to face every day—but what marriage offers us all is a lifelong partner to share our journey, a loving stable relationship to strengthen us and mutual support throughout our lives. I believe that that should be embraced by more couples. The depth of feeling, love and commitment between same-sex couples is no different from that depth of feeling between opposite-sex couples. The Bill enables society to recognise that commitment in the same way, too, through marriage. Parliament should value people equally in the law, and enabling same-sex couples to marry removes the current differentiation and distinction.

There is no single view on equal marriage from religious organisations. Some are deeply opposed to it; others tell us that they see this as an opportunity to take their faith to a wider community.

Sir Gerald Kaufman (Manchester, Gorton) (Lab): Will the right hon. Lady give the House a cast-iron guarantee that, if the Bill becomes law, no religious denomination, no place of worship and no clergyman—or equivalent in other religions—will be forced through legal action in the courts or in the European Community to carry out weddings against their wishes?

Maria Miller: The right hon. Gentleman pre-empts some of the later parts of my contribution. I can tell him that we have taken seriously all the points that he has raised about the need for protection. He will see how we have put those measures in the Bill in some detail.

Mr Stewart Jackson (Peterborough) (Con): Is my right hon. Friend aware of the letter that was written to hon. Members by Lord Carey of Clifton on the issue of equality between same-sex and different-sex couples? In it, he talks about:


“the failure of the Government to address the important issues of consummation and adultery. While these concepts will continue to remain important aspects of heterosexual marriage, they will not apply to homosexual marriage. On the one hand, this does nothing to promote the ideal that marriage is both equal and should be a lifelong union.”

Maria Miller: My hon. Friend will know that there is already no legal requirement for consummation. Our provisions will mean that adultery stays as it is and that couples will have the opportunity to cite unreasonable behaviour, as do many already. The issues that he raises are dealt with very well in that way.

As I was saying, there is no single view on equal marriage from religious organisations. I also know that some colleagues in the House feel that they cannot agree with the Bill for principled religious reasons, and I entirely respect that stance. I do not think that it is the role of the Government to tell people what to believe, but I do think that Parliament and the state have a responsibility to treat people fairly.

Dr Matthew Offord (Hendon) (Con): Will the Minister take this early opportunity to confirm that the opponents of the Bill, including many hundreds of my constituents, are not homophobic, not bigots and not barking?

And thus beginneth the lesson. When will Australia follow suit ? We could have led the way last year but we chickened out.

The UK will soon join Argentina, Belgium, Canada, Denmark, Iceland, the Netherlands, Norway, Portugal, South Africa (yes), Spain and Sweden as countries that nationwide legally sanction same sex marriage in law per se — and not just by recognising same sex unions via civil registration and/or doing so only in some states, provinces and territories, et cetera.

The Brits are adult enough to have overcome minor constitutional matters, religious, cultural and other impediments to passing the Marriage (Same Sex Couples) Bill, including the fact that the Canon Law of the Church of England is also tethered to the Law of the Land in the UK.

This Bill would introduce civil marriage for same sex couples, and enable religious organisations to opt in to conduct same sex marriages if they wish to do so.

The Bill includes provisions intended to protect religious organisations and individuals from being forced to conduct same sex marriages.

The Bill would also enable civil partners to convert their partnership to a marriage and would enable married transsexual people to gain legal recognition in their acquired gender without having to end their marriage.

What's not to love?

In Australia, one another, it seems.