Brexitland: Opinions from the disUnited Kingdom

Two-and-a-half years after the referendum that divided a nation, one quiet corner of northern England reflects on their country’s decision to leave the European Union writes Kevan Sangster.

IT'S EARLY JANUARY in Mirfield, West Yorkshire and this provincial northern English town (population c20,000) is slowly getting back to everyday life after the Christmas and New Year festivities. Yet, as commuters drive to work or board trains to larger regional centres such as nearby Leeds, there is a nagging uncertainty as to what 2019 will hold. This is the year, the politicians assure them, the UK will finally enact “Brexit” and no one is quite sure what that will mean, even now.

When the results of the UK’s EU referendum in June 2016 were released, it became clear that places like Mirfield – small, provincial towns outside the major cities – were instrumental in the shock decision to part ways with the economic and political union that the UK has been a member of for over 40 years. As a scan of the Electoral Commission results indicate, all the major urban centres (London, Manchester, even nearby Leeds) voted to “Remain” in this union. Yet a significant majority of the population outside these cities voted the opposite way, causing the biggest political earthquake in a generation. Mirfield, as part of the wider electoral area of Kirklees, was typical of this phenomenon, with 55 per cent choosing to “Leave” the EU. 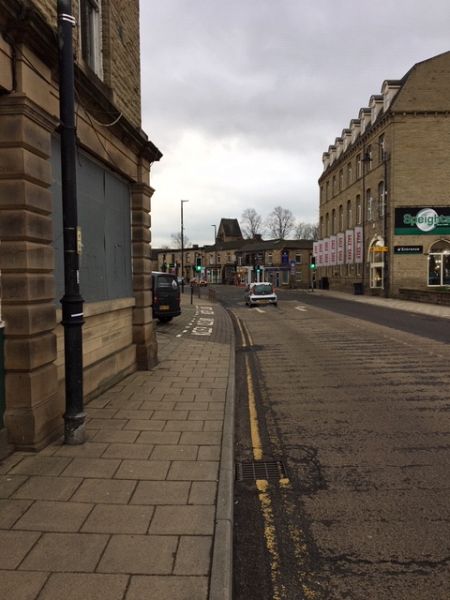 The quiet town of Mirfield, with a population of around 20,000 (Image supplied)

I know this place well, having spent my childhood in the town before leaving first to university and, ultimately, the sunnier climes of Australia where I now live. Yet on this occasion, a relatively routine trip back to see family and friends, I detected something I haven’t encountered before — an uneasy sense of malaise and mistrust, often which each other, albeit under the surface rather than in open view.

My first real experience of this comes at a gathering on New Year’s Eve, where friends and family congregate to welcome in 2019. Despite all the festivities, as the night wears on and the alcohol consumption increases, the conversation almost inevitably turns to Brexit, with the first mention typical of the general mood. “I’m sick of bloody hearing about it!” declares one lady candidly (they don’t mince their words in these parts). Others are keen to voice their opinions, with another adding that “we never voted for the EU to govern us anyway”.

Interestingly, any dissenting voices hold their own counsel, possibly not wanting to open the wound any further and conversation finally returns to more jovial subjects — it is New Year’s Eve after all!

This initial encounter has intrigued me and I’m keen to know more about what people really think about this emotive subject. This opportunity arises while talking with Chris (34), a young professional who has lived in the area all his life. Despite his amiable manner, his forthright opinions take me by surprise as he explains to me how “the whole debate is toxic, splitting families and friendships down the middle”.

Until I hear this from Corbyn, I'm just keeping an eye.

Was there a runaround done on him by his stand in? Either way, finally, someone in Labour activates their adult subroutine and speaks out.#Brexit #BrexitShambles #ExtendA50 #A50 #RevokeA50

It appears my fears may be justified. Going on to comment that “we will be much worse off outside the EU,” he then makes a very interesting and oft-forgotten point on the topic. “We have now spent over three years debating Brexit rather than dealing with the multiple other issues the country faces,” he laments, alluding to the almost blanket news coverage of the referendum both before and after the event, to the exclusion of almost anything else.

It’s a theme that is taken up during my next conversation with Joanne (47), a small business owner and another lifelong local. She is particularly scathing of the media reporting of Brexit, describing how, in her opinion, the UK press have “seized on any comment from either side and reported it regardless of whether it makes any sense or is factually correct”. Warming to her point, Joanne goes on to explain her view that “if something isn’t broken beyond repair then you don’t waste billions changing it,” referring to the estimated $50bn “divorce bill” the UK will have to pay upon leaving the EU.

The one thing that strikes me about both these “Remainers” (or “Remoaners” as they have been sarcastically christened here by those with opposing views) is their strength of feeling on the matter. Having known both for many years, I have never seen either express such strong political sentiments before, an indication that this debate has touched even the most apathetic of voters. The sense of frustration and incredulity in both Chris and Joanne at their nation’s decision is palpable.

Tusk: 'Special place in hell' for those who promoted Brexit with no plan https://t.co/g8B2n7Ez2r

In the interest of a balanced view, I seek out alternate opinions and, fortunately, don’t have to wait long to hear such a voice, albeit on email from Judith (67), who happens to be Joanne’s mother. Responding to my questions on how the media has commented on the referendum result since it was announced, she, too, is clearly not impressed, but in a very different way.

‘The UK press has commented more negatively than positively on the result,’ she explains, giving her the impression that they felt ‘the leave result was the wrong way to go’. This is a common refrain from those who voted in favour of leaving back in June 2016 and one which goes to the heart of their own frustration with the subsequent fallout.

Having been giving the opportunity to voice their opinion on such a critical decision, many “Leavers” I talk to feel that voice has been ridiculed by the establishment, implying in some way that they didn’t fully understand the consequences of their choice. Understandably, this has left them feeling alienated and, in many cases, strengthened their resolve to “Leave”. It’s unsurprising then that Judith feels ‘eventually the UK will be economically better outside of the EU,’ although she does concede that ‘it will take some time before the benefits show’.

When asked whether she thinks the EU referendum was all worth it, her response is telling. ‘Yes, I think so,’ she writes, going on to add that ‘hopefully one day we will exit the EU and be free to make our own laws once more.’

As my trip draws to a close, I catch up with an old family friend, John (73), one of the most down-to-Earth and straightforward blokes you could ever wish to meet. While taking in a local football match, I ask him his opinions on the whole Brexit saga. Taking a philosophical view, John explains his belief that “both sides misrepresented their arguments, as they always do in elections,” which strikes me as a very insightful response — there isn’t a lot of trust in politicians in this part of the world.

When asked if he thinks there should be another vote to help bring the country together, John is unequivocal in his response: “If another peoples' vote is called then we will have lost our democracy”. So, no going back as far as he’s concerned, then. What should happen next, I ask finally? “Take the best deal on the table and get on with it,” is his answer. It doesn’t get more straight forward than that.

What has become clear during my time back “home” is that this debate hasn’t resolved anything; in fact, it has divided a community and there seems little appetite for compromise. Tellingly, not one person I spoke to would change their vote if a second referendum was called. It’s this point that lingers with me, as I sense these divisions may take a long time to heal and in a community as tight knit as this one, that is concerning.

Before heading off to the airport I chat briefly with an old journalist friend of mine, Mark (48), who lives in nearby Leeds. Not having time to delve too deeply into his opinions, I ask him to describe his overall impression of where the UK stands at this point. “It’s a national embarrassment,” he tells me, only half joking. Whether Mark reflects the more “city-centric” view or not, he has a point.

Whatever the outcome of the coming weeks before “B-Day” (as it’s now being referred to here) on 29 March 2019, I can’t help feeling that history will not look too kindly on the way the UK has handled this debate. More importantly for the people who live here, it’s clear to me and many others that this is far from a “United Kingdom”.

In and of itself, this data/graph doesn’t tell us why people disapprove. Could be from a pro-hard Brexit stance (“we don’t need ‘em, why negotiate, walk away”) or a soft-Brexit or remain stance (“2.5 years of incompetence, asking for the impossible”) https://t.co/bjR9Q1zTi8

Kevan Sangster is a freelance journalist based in Brisbane and holds a Bachelor's Degree in Economics & Politics from Birmingham University in the UK.

How EU Leaders Can Prevent a No-Deal Brexit | by Anatole Kaletsky https://t.co/pfUskJELKH #eu

Down and out: The homeless fight for survival during COVID-19

10 May 2020, 3:30pm The COVID-19 pandemic has plunged the homeless into further peril, difficulty and ...
Join the conversation
comments powered by Disqus
News updates