The forthcoming Election offers hope for a major transformation of Australia’s society, even if not immediately, as Alan Austin reports.

WHAT IS THAT FAINT GLOW beyond the horizon there? Is it the glimmer of hope for a fairer, safer and more prosperous nation? Oh, sorry, it’s gone. No, wait... there it is again!

Yes, there is a perceptible flicker of optimism in the distance for Australia to at last achieve some of the big reforms urgently needed.

Initiatives signalled already by the Australian Labor Party, the Greens, some minor parties and Independents include a federal anti-corruption body, more social housing, reducing government waste, getting the big corporations to pay tax and action on climate change.

But there are even more revolutionary transformations that a parliament refreshed after 21 May could usher in. Here are just some.

The exorbitant cost of incompetent politicians

Conscientious politicians work as hard as good school teachers and make an equivalent contribution. The rationale for paying politicians roughly three times as much and paying the PM five times a school principal is that this should attract the best and brightest and eliminate corruption.

But it doesn’t. Australia’s corruption ranking has tumbled as MPs’ salaries have increased. See chart below. A lower pay scale is required, based on measurable output, noting there is no shortage of political candidates and those chasing big salaries are unwelcome.

Restoring fairness in the housing market

Australia’s current negative gearing in the housing market enables homeowners buying a second or subsequent house to deduct losses incurred against other income. Journo-philosopher Guy Rundle correctly describes this as a single policy instrument driving the unfolding of generational and home-ownership life-security apartheid.

Labor took a cautious policy of reducing the evils of this scheme to the 2019 Election but found themselves open to malicious media attacks. Unsurprisingly, they abandoned this reform this time around.

A bipartisan plan to fix this rort requires the conservative parties to rediscover their traditional commitment to liberalism and a fair go.

The laudable Westminster tradition of bipartisanship in border control, foreign affairs and defence has been trashed by the conservative side of politics since the early Howard years. The Coalition discovered that wedging Labor on refugees could win votes, notably at the 2001 Election which John Howard won with shameless exploitation of latent xenophobia and racism.

National security – including responding to China’s ambitions – will be greatly enhanced when the Coalition parties resume bipartisanship.

The Hawke Government proved with its six Collins Class submarines in 1987 that Australia can build military vessels for its navy — when it has a government with vision and competence. Sweden, which is a much smaller country than Australia, shows this can be a profitable export industry. 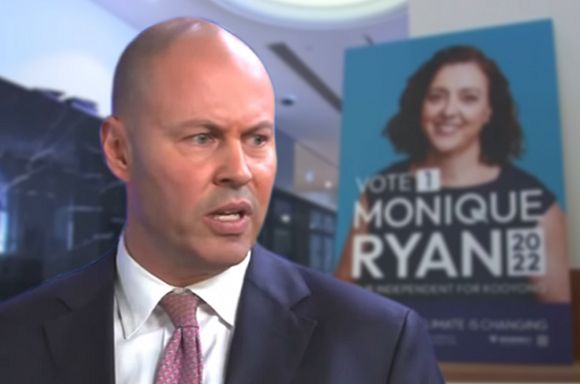 Treasurer Josh Frydenberg seems to be fighting a losing battle for his Melbourne seat of Kooyong.

No other liberal democracy has its media dominated by one foreign organisation – the Murdoch family’s News Corp – with a proven record of falsifying the “news”, destroying the reputations of prominent citizens and engaging in criminal misconduct.

Curbing these destructive excesses should remain a high priority. Breaking up the media cartels will greatly improve Australia’s politics and social cohesion.

The republic and an Australian head of state

No one is pushing for this while Her Majesty is still with us. But after the crown passes to King Charles, it will be time for change. Charles himself agrees.

Tasmanians have one professional state and federal politician for every 10,000 citizens. They also pay for 29 local councils. 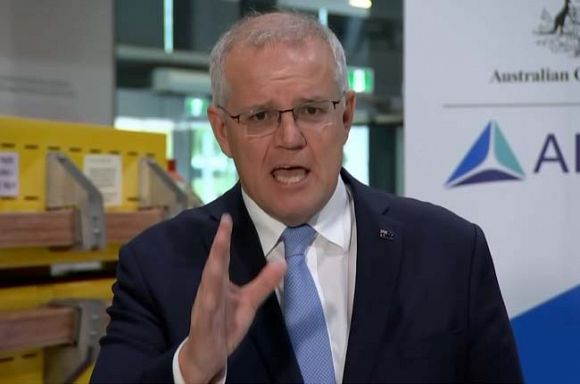 Australia established the Aboriginal and Torres Straits Islander Commission (ATSIC) in 1990. It was well on the way to achieving its purposes when the Howard Government shut it down in 2004. Restoring Indigenous hope and confidence will recommence as soon as an ATSIC appropriate for this generation is restored.

Australia’s overseas development aid was among the world’s best during the Whitlam years. It has been disgraceful since. See chart below.

Getting this back on track will not cost much in the grand scheme of things and will benefit Australia as well as neighbouring developing nations.

Few countries tolerate Australia’s defamation laws which enable wealthy lawyers and politicians to destroy the lives of perceived enemies with costly defamation suits. Even where the person being chased for money is entirely blameless, the cost of legal defence, if it goes to trial, usually exceeds $250,000.

This means it is cheaper just to pay up 20 or 30 thousand to end the matter — even when no actual defamation has occurred.

The major reason these reforms are not in place is that the conservative side of Australian politics – the misnamed Liberal Party, the Nationals, Pauline Hanson’s One Nation and others – have successfully resisted them. They have been assisted in this by the malicious Murdoch media.

But there is definitely hope. The Australian Electoral Commission revealed last month that 85.4 per cent of eligible voters under 24 were enrolled in March, exceeding its 85.0 per cent target.

This is a great sign, probably attributable to youth-oriented political broadcasts proliferating on social media, of which YouTube comedian and investigative journalist Friendlyjordies is the most prominent. More strength to their mighty arms.

No one should expect early reforms in the above areas. Anything not specifically promised is unlikely to be delivered in Labor’s first term, should it win.

But the more seats the corrupt Liberals and Nationals lose on 21 May, the better the prospects for renewal within those parties and for these dreams eventually to be realised. Pass this along.