President Joe Biden has been called on to fight for abortion rights after the U.S. Supreme Court overturned the Roe v Wade ruling, writes Kenny Stancil.

‘We need action and we need it now.’

‘The Supreme Court doesn't get the final say on abortion,’ the lawmakers argued. ‘The American people will have the last word through their representatives in Congress and the White House.’

Warren and Smith agree with the President's contention that protections once guaranteed by Roe are ‘on the ballot’ but they also insisted that numerous steps can and must be taken immediately to secure people's ability to control their own bodies. 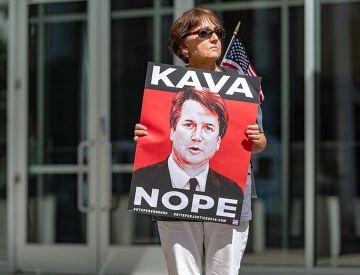 ‘Each of us can and should act — both elected officials and everyday Americans,’ wrote Warren and Smith, the only Senator to have ever worked at Planned Parenthood. ‘We can start by helping those who need access to an abortion.’

Support Planned Parenthood and other organisations that are expanding their services in states where abortion is available. Contribute to abortion funds. Encourage state legislators to protect reproductive rights in states like New Mexico and Minnesota that border places where abortion services will most likely be severely restricted and even criminalised. Encourage employers in states with abortion bans to give their employees adequate time off and money for travel to find the abortion care they need. Do all you can — and demand the same all-you-can approach from all of our elected leaders.

While the Senate's passage of the House-approved Women's Health Protection Act, which would enshrine reproductive rights into federal law, depends on convincing Senator Joe Manchin (D-W.Va) and other right-wing holdouts to repeal the chamber's anti-democratic 60-vote filibuster rule, Warren and Smith argued that the White House has the power to swiftly protect access to abortion care.

Earlier this month, the duo joined Senator Patty Murray (D-Wash) and half the Senate Democratic Caucus in sending a letter to Biden outlining executive actions his administration can take to defend reproductive freedom in the face of the GOP's onslaught. 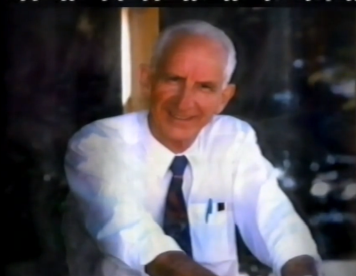 Attorney General Merrick Garland, for his part, did suggest on Friday that the Justice Department will crack down on states that attempt to ban Mifepristone, abortion medication that has been approved by the U.S. Food and Drug Administration.

But while Biden is reportedly considering a number of executive orders, it remains unclear if his administration is planning to subsidise individuals' increasingly long trips to out-of-state abortion clinics or utilise federal lands to expand access to the procedure.

During a press conference outside the Massachusetts State House on Friday, Warren told reporters that Biden and congressional Democrats should “explore just how much we can start using federal lands as a way to protect people who need access to abortions in all the states that either have banned abortions or are clearly on the threshold of doing so”.

At least 11 states banned or severely restricted abortion within the first 24 hours of the Supreme Court's decision. Fifteen more are expected to eliminate or drastically reduce legal access to abortion in the coming weeks, endangering the health and economic well-being of women across the U.S.

Pleas for action come as the GOP is laying the groundwork for a federal abortion ban if they retake Congress and the White House, an idea that Senate Minority Leader Mitch McConnell (R-Ky) is open to.

“We need to treat this like the national emergency that it is.”

In their opinion piece, Warren and Smith urged the President ‘to declare a public health emergency to protect abortion access for all Americans, unlocking critical resources and authority that states and the Federal Government can use to meet the surge in demand for reproductive health services’.

A coalition of Black congresswomen led by Representatives Ayanna Pressley (D-Mass), Barbara Lee (D-Calif) and Cori Bush (D-Mo) made a similar push just before the high court issued its judgment on Friday morning.

The current predicament is the outcome of a 50-year campaign waged by ‘right-wing extremists [who] rejected the beliefs held by an overwhelming majority of Americans,’ Warren and Smith argued. 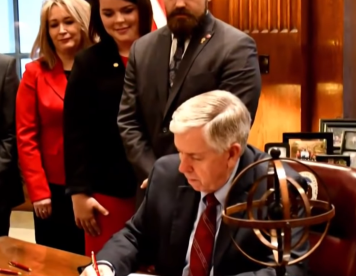 In the wake of the Alabama abortion ban, we have witnessed myriad women throughout the world come forward with their stories.

We're in this dark moment because right-wing politicians and their allies have spent decades scheming to overrule a right many Americans considered sacrosanct. Passing state laws to restrict access to abortion care. Giving personhood rights to fertilised eggs. Threatening to criminalise in vitro fertilisation. Offering bounties for reporting doctors who provide abortion services. Abusing the filibuster and turning Congress into a broken institution. Advancing judicial nominees who claimed to be committed to protecting “settled law” while they winked at their Republican sponsors in the Senate. Stealing two seats on the Supreme Court.

‘We can't undo in five months the damage it took Republicans five decades to accomplish, but we can immediately start repairing our democracy,’ Warren and Smith noted.

‘We need broad democracy reform,’ they emphasised. That means ‘changing the composition of the courts, reforming Senate rules like the filibuster and even fixing the outdated Electoral College that allowed presidential candidates who lost the popular vote to take office and nominate five of the justices who agreed to end the right to an abortion’.

‘Simply put, we must restore our democracy so that a radical minority can no longer drown out the will of the people.

This will be a long, hard fight, and the path to victory is not yet certain. But it’s a righteous fight that we must win — no matter how long it takes. The two of us lived in an America without Roe and we are not going back. Not now. Not ever.’

This article by Kenny Stancil was originally published on Common Dreams, under the title, '“We Need Action”: Biden, Democrats Urged to Protect Abortion Access in Post-Roe U.S.' and has been republished under a Creative Commons licence.