Back to the future with Tony Abbott

Brave innovator Tony Abbott has decided to blaze a trail to the past by restoring imperial baubles to Australia. Sydney bureau chief Ross Jones comments.

Lord Downer must be squirming in delight.

After mocking Slipper’s revival of Menzian garb to adorn the office of Speaker, Coalition throwbacks have unzipped their forelocks and laid them squarely at the foot of the Crown.

Bob Nobody, AO, is the kind of peer who wears his title behind, the kind of guy who gets in the front seat of a cab. Sarah Whatever, AO, when she is out, is called Sarah.

Sir Bob, on the other hand, gets in the back seat. Dame Sarah is no longer Sarah, she is Dame Sarah and gets the good seats wherever she goes.

This is class warfare from the top.

The Coalition bleaters have been rabbiting on about class warfare from the left for so long most Murdoch readers believe it. But, as any decent totalitarian will attest, the first rule in any quest for power is to accuse your opponent of doing exactly what you plan to do yourself.

Gallahad and Lancelot; Cosgrove and ?

Our first knight is a career warrior. Did a great job after Cyclone Larry sure, A lot of stuff regarding his presence in East Timor with INTERFET from given ASIS’ last effort, well… A last point on Cosgrove, this man was not conscripted to go to Vietnam, he was not an erk, he won a MC. Bravery, or just pleasure in killing? Anyway, our very first currency-lad warrior knight.

Abbott’s obsequious explanation of the alleged Letters Patent was nowt but a breathless, urine-soaked fawning to the Knightsbridge elite — a pathfinder flare to the future of Australia, 1840.

Which brings us to investment.

At the same time Sir Arfur was about to rip away the tissue of protection afforded to potential and actual retirees, the Coalition’s attention has turned to the mechanics of investing knights and dames. No bother, young Jeremy, who is well-known to hang sniffily with Dame Sarah in the toilets when the drinking pauses, gets a green light to keep his manicured hand in the pockets of Australian retirees.

The next step is going to be to make these things hereditary, to insert them into the weft of Australian culture.  All the future yob Viscounts and Viscountesses, pissed at Doyle’s on Monday afternoon, saluting the future on their superannuant’s commissions.

And can you imagine what it will do to turf racing?

Ros Reines and wet dreams come to mind. Papparazi, too, will be winners. A $2k shot of Sarah, AO, with her head over a polished surface with a rolled lobster up her nose will become a $20k shot of Dame Sarah with the same $20.

Advertising is a mutating, rolling maul and, for some, adds nostalgia, like Louie the Fly, can (pun) pay off a second time.

Here’s one due for a comeback: 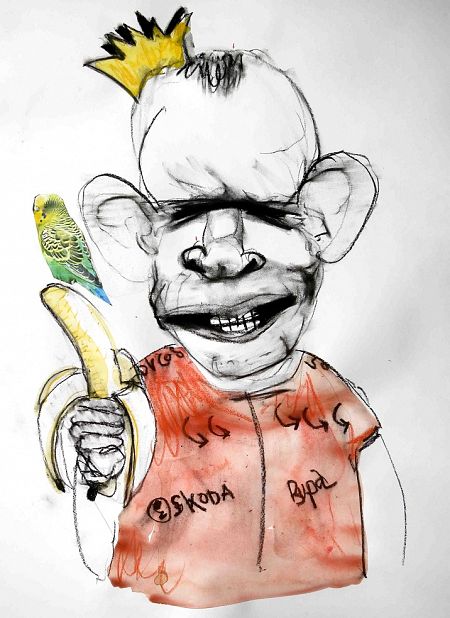