The print media in Australia has deteriorated to a point it may never recover, says Matthew N. Donovan, and is sorely in need of the Government's sensible reforms. 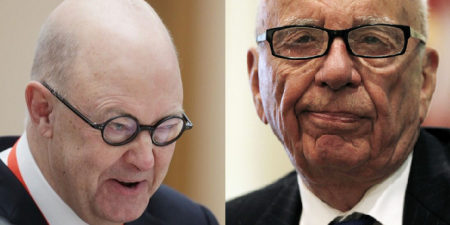 I HAVE BEEN watching the debate in relation to media reform over the last few days with increasing incredulity.

The hysteria surrounding the changes has been nothing short of apoplectic.

You would expect opposition to the laws. Why would the media want to be held to account or forced to adhere to industry's best practice? Especially since the media, most notably newspapers, have shown such little respect for balanced journalism over recent years? 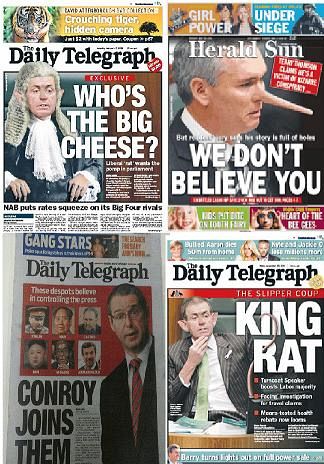 Everything in today's political landscape is framed by the media and the 24-hour news cycle. They have the control. They don't like the fact they may be finally called to account for their highly self-interested and biased reporting.

They clearly don't like the Government. That is obvious and it is their right.

However when 70 per cent of news media in this country is owned by Rupert Murdoch it does raise issues of diversity of ownership and media coverage.

Let's not forget, this is a man who is so arrogant about the power he wields, he told the Leveson Inquiry in the UK he rang former UK Prime Minister Gordon Brown and told him he was withdrawing support for him.

Withdrawing support? I wasn't aware Murdoch was part of that government's caucus?

Here I was thinking it was the role of newspapers and the media to not take sides but inform in an even handed way?

Given his track record in the UK and with Fox News, it is there for all to see that Murdoch has never supported Julia Gillard and has made it his job to get rid of her.

The edict has been passed down and is being happily (or unhappily) followed. Recent articles by former News Ltd executive Rodney E. Lever have laid waste to the claims of so called "editorial independence" of News Limited papers.

I come at this issue not as someone who is proud and unashamedly a Labor member and former Labor candidate, but as a trained journalist.

This is my profession, that I love, being trashed. This is my potential career being impacted by my complete and utter refusal to ever work for someone who I consider to be one of the most despicable power hungry men in the world.

The print media in this country has deteriorated to the point that I have lost all hope of it ever recovering.

It is from this perspective that I approach the current behaviour of media bosses, but most specifically Kim Williams.

Williams is at the head of the "Get Gillard" campaign in Australia. Allowing no positive reporting of the Government or Julia Gillard to get through. Oh alright, maybe sometimes ... if you're lucky.

This is the man at the head of an organisation that likes to project the constant appearance of a government in crisis and the economy as being badly managed and in decline.

He may say the individual editors are in charge of editorial policy, but I find it passing strange that all News Limited papers have "independently" come to the same conclusion about the Gillard Government.

Seeing Kim Williams go to the Senate Committee on the legislation, cry wolf and play the victim is something to behold.

News Limited. The purveyor of all that is good and pure. Labor. Dictatorial despots in the vain of Stalin, Mugabe and Mao.

The role of media (and I know they find this hard to accept) is not to regale their reading public with the opinion of the newspaper but to present facts in an unbiased manner. Yes, facts. Remember those Kim?

Opinion pieces are fine but you will be hard pressed to find one that contains an ounce of anything positive to say about Labor.

That is all well and good, but it is the background to the greater debate we are having right now.

How can we ensure the media abides by proper practice when it comes to fairness, accuracy, privacy and professional standards?

There have been two reports that have assessed the media landscape in Australia: the Finkelstein Review and the Convergence Review.

Combined they outlined ways to deal with issues of media ownership in Australia and the standards and self regulation framework currently in place.

The ownership issue is just common sense. The top two papers in the country have 86 per cent market share. Most would agree that diversity of ownership is better than the opposite. It is hard to argue with that.

I am more interested in the idea of the Public Interest Media Advocate that has riled up the bosses, who would much rather keep their comfy status quo.

I have read the legislation in depth and provide the following brief summation of how the PIMA works:

Both former and current heads of the Australian Press Council have said as much.

It allows media companies to opt in or out, is funded by them and has very little powers when it comes to enforcing its rulings.

Media organisations in the past have flouted rulings and protested by withdrawing from the system altogether.

The point of the legislation is to provide an incentive for organisations to remain within the system, follow the standards expected of them and comply with requests by the APC to rectify situations when there are rulings against them.

It is not an attack on free speech as is being suggested. It is an attempt to give the existing system more teeth.

I can't help but think news organisations are upset by the laws because it would impact their ability to report in the manner they have become so accustomed.

Don't get me wrong I think there are definite issues within the legislation around the specifics of how the PIMA judges "community standards", "fairness", "accuracy", "privacy" and "professional conduct." They seem to me to need very clear definitions.

I also find the section around expelling an organisation lacking in detail and this should be looked at too.

The legislation, with those details dealt with, would serve merely to enforce standards already expected of Australia's media.

Only this time they would have to follow them.

This is a good thing and a worthwhile conversation.