By Rodney E. Lever | 24 March 2013, 1:49am | comments |
This week’s events, messy as they were, have opened the door for Julia Gillard to convert the ALP into a new and modernised political party, says Rodney E. Lever. 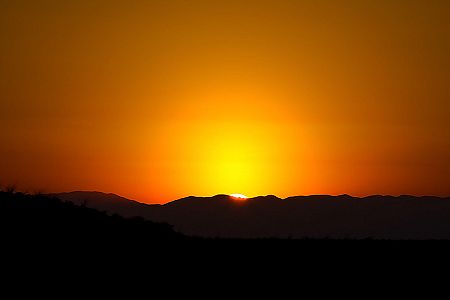 WHATEVER HAPPENED in the halls of Canberra last week, whether by chance or by careful planning, it opened the door for Julia Gillard to convert the Australia Labor Party into a new and modernised political party of her own creation.

Last week, she either fell into a trap set by others and crushed them ‒ not exactly brutally but not sweetly either ‒ or it was a composite chain of events that gave her an opportunity rarely offered to a political leader. Either way, she has demonstrated her strength as a woman and a leader.

Those events have set both the Labor Party and the Australian nation onto a new path. Like New Labor, that gave Britain’s Tony Blair the opportunity to wash his country clean of the stifling High Tory Thatcher regime,  Prime Minister Gillard now has her own opportunity to sweep nasty Small Tory Howardism into the dustpan of our history.

Behind this not so distant past always lurks the grubby shadow of  Keith Rupert Murdoch, the newspaper magnate whose unfettered super ego placed his shadowy figure in a scenario that corrupted both nations.

His United States invasion, dominating everything else in his dark mind, became a significant force in the Reagan-Bush years. He was able to use his influence in Britain and Australia to drag the country of his birth into unwinnable, wasteful, senseless, homicidal wars that brought worldwide economic and political disaster in the last months of the 20th century and the early years of the 21st.

Blair, Howard and Bush all fell from power and now Murdoch is trying again — a last fling in the evening of his life. He had Kevin Rudd in his clutch — and when Rudd lost power, he appropriated the insipid, obsequious Tony Abbott on the other side of politics instead.

There is not the slightest chance that he will ever gain any influence at all over Julia Gillard. Australia has an intellectually sharp and agile leader now who will remain untainted by the Murdoch influence. She is a woman who knows her own mind. She has the opportunity to build the Party into a new force, with new blood in its veins and new talent in its ministerial front bench.

Soon, the country must shed its last remaining faith in the fraudulent behaviour of the old media ‒ that once dominated our lives ‒ and, from the new media, become fully aware of her abilities

If we do, 14 September 2013, will herald a new beginning in the history of Australia.