A recent poll by the Lowy Institute found that in the event of a military conflict between China and the United States, 57 per cent of Australians would want to remain neutral. This increases to over 70 per cent when looking at people under the age of 30.

The favouring of neutrality corresponds with another recent poll taken as part of the ABC’s Australia Talks, which found a majority of Australians do not trust the U.S. or Chinese governments to act responsibly in the world.

By and large, Australians do not want to join any conflict between China and the U.S., and do not trust either state.

However, this is not reflected bythe Australian Government, which through bureaucratic and political inertia has left us unable to conduct a foreign policy in line with public sentiment.

We are already on a side of the U.S.

Currently, neutrality in a U.S.-China conflict would be next to impossible for Australia. Since the end of the World War II, successive governments have integrated Australian defence capabilities deeply into the infrstructure of the U.S. military.

Australia pursues a policy of "interoperability" with the U.S. This aims to make the Australian military fit nicely within the U.S. military, as Hugh White explains:

'Taken to its logical conclusion, [interoperability] sees Australian forces as merely an extension of U.S. forces, but paid for and crewed by Australia … we need to buy U.S. systems, and continually upgrade them to maintain compatibility.'

Australia would find it difficult to remove its military personnel from any U.S. confrontation with China when the Deputy Commander of the United States Army Pacific is an Australian, Major General Daniel Francis McDaniel.

If the U.S. decides to go to war, Australia would have to remove its troops from the U.S. military and give up a significant portion of their gear to remain neutral. Add in the complication that there are 2,500 U.S. troops stationed in Darwin, which may soon increase, and it is hard to see how Australia could remain neutral in its current state.

In fact, ties are so deep that Australia could very well be a flashpoint for war. 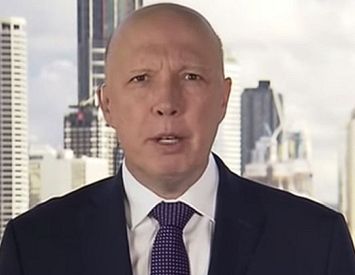 The 'States in the State

Pine Gap is one of many military bases the U.S. operates on Australian soil. The term often used is "joint military bases" however, this is little more than a rhetorical flourish to cover the fact that Australia allows a foreign military and intelligence service to operate with impunity on its soil.

The Government constantly misleads, and itself has been misled, about the capabilities of Pine Gap, however, we now know that it has been involved in extrajudicial drone strikes and mass surveillance.

U.S. bases also drag Australia into nuclear war politics. Pine Gap and other U.S. military bases are part of U.S. nuclear war planning, which in the game theory of nuclear warfare means that we are a threat and therefore a target.

This may sounds theoretical, but back in 1973, the U.S., without telling the Australian Government, used another military base, North West Cape, to communicate a general nuclear alert when Israeli Prime Minister Golda Meir threatened to use nuclear weapons during the Yom Kippur War.

This pulled Australia into one of the most tense moments of the Cold War.

Since 1973, the U.S. has, if anything, has more latitude with what they can do at these bases without telling Canberra. It is no stretch of the imagination to think that the U.S. could use bases in Australia in offensive operations.

Australia doesn't get a say

Relying on existing structures within the Australian Government to prevent war is also unlikely, with power highly centralised around the Prime Minister and the executive.

Groups such as Australians for War Powers Reform have been highlighting for some time that the Prime Minister and the executive can decide when Australia enters into armed conflict and that there is very little democracy involved.

In the case of a U.S. war with China, it would be unlikely that the Prime Minister would assert Australia’s neutrality.

Prime Ministers over recent decades have had an extremely cosy relationship with the U.S., with recent evidence of leaders such as Bob Hawke being an “informer” to Washington. 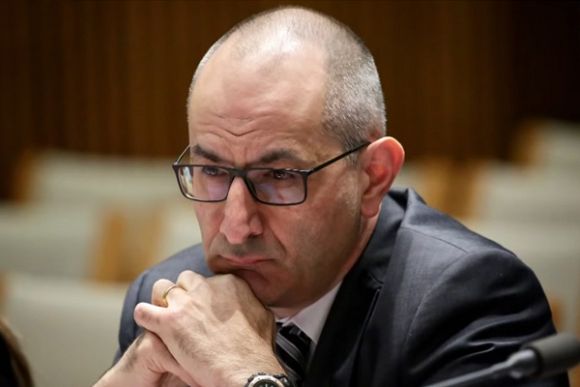 In his ANZAC Day address, Home Affairs Secretary Mike Pezzullo has warned Australians should be prepared for war.

An alternative is possible

However, democratising the process of declaring war would go some way to fixing this issue, as would addressing U.S. military bases in Australia and reevaluating Australia’s defence priorities.

Currently, Australia has little choice if war were to break out, but it does not have to remain that way. This is why campaigns such as IPAN's People’s Inquiry, which explores the costs and consequences of the U.S. alliance, is so necessary.

Without an Australian public that actively engages in foreign policy, the Government will take the easiest option available. In the case of the U.S. alliance, that could result in Australia being trapped in a confrontation its people do not want.

Sam Brennan is a freelance journalist. You can follow him on Twitter@samkbren.

IPAN is a network of organisations around Australia aiming to build public dialogue and pressure for change to a truly independent foreign policy for Australia — one in which our government plays a positive role in solving international conflicts peacefully.