The NDIS is well overdue and the money must be found to enable our most vulnerable to be cared for properly and to live with dignity, says Denise Allen.

"A nation’s greatness is measured by how it treats its weakest members."
~ Mahatma Gandhi

Yet in this wonderful nation, the “lucky country”, people with disabilities are still treated like second class citizens. Especially, it seems, by the Liberal/National premiers of this country.

Australia is in the process of formulating, debating and launching a national Disability Insurance scheme in 2013. 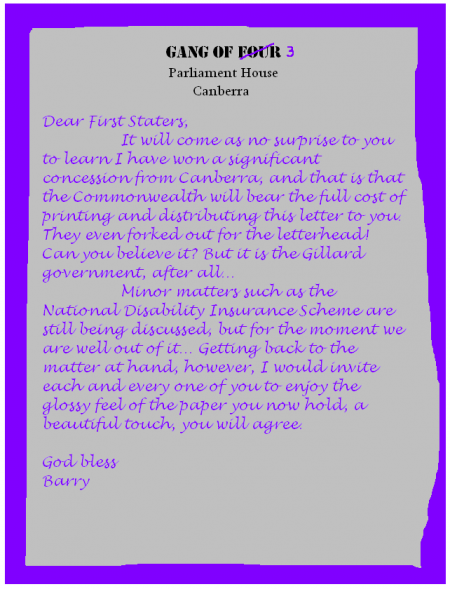 To summarise what it would mean for Australia: 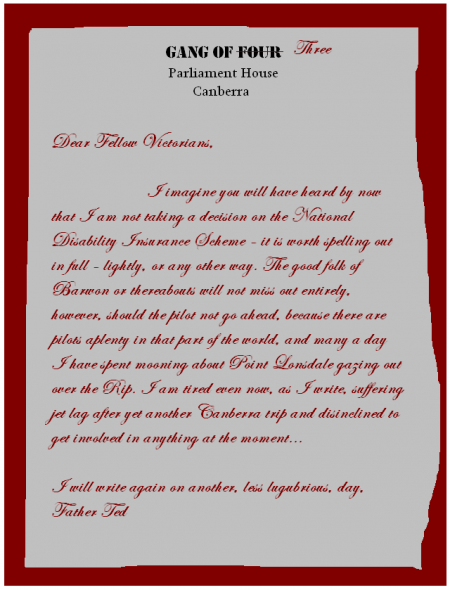 The idea and subsequent implementation of an NDIS is well overdue. Why has it taken so long for a wealthy, highly intelligent society to finally find a way to more fairly distribute assistance to those who, through no fault of their own, find it difficult to – or simply cannot – live in and contribute to the “normal” society?

I have always said:


“If this world was designed around people with disabilities, it has to make able bodied people’s lives ten times easier.”

But still, today, people in wheelchairs and with mobility impairments find it difficult to enter shops, catch public transport, access many entertainment and tourism venues, and gain employment — whilst people with intellectual disabilities and their carers struggle to get respite on a regular basis. Very few know their human rights and some are faced with abuse — either from within their family or from the public. 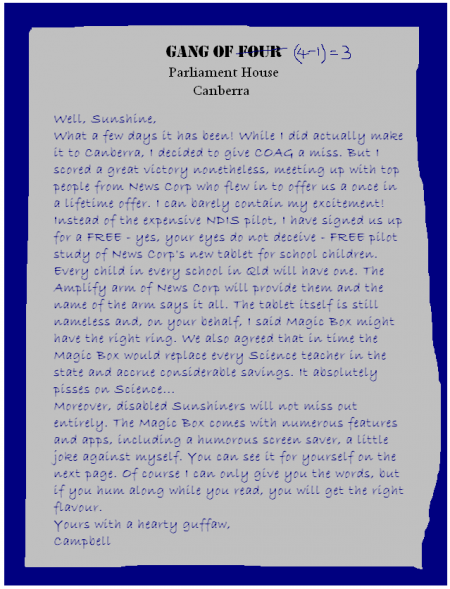 I know of a young mother in rural Victoria who has had to literally fight with the powers that be to get an integration aide for her beautiful young son with Downs Syndrome to go through a mainstream school.

Another mother from rural Victoria had to literally phone the Department of Human Services every day for six months to secure an Individual Support Package for her teenage daughter. (Note: Individual Support Packages are Disability Services funds that are allocated to a person to meet their disability related support needs. The funds may be used to buy a range of disability-related supports chosen by the person to assist them to achieve their goals. Disability Services funding may complement existing informal support arrangements from family and friends and/or generally available community services.)

In northeast Victoria, a supported accommodation house for homeless adult disabled men had run on the smell on of oily rag for nearly 15 years without one single cent from either State or federal Government as all attempts to securing funding – of any sort – fell on deaf ears. For the past five years, it has been run by a Non-Government Organisation — no doubt the original operator was simply worn out.

Elderly parents, as they continue to age, live in fear of what will happen to the adult disabled child they have cared for all of their lives, as there are not enough independent living houses nor enough residential care beds. 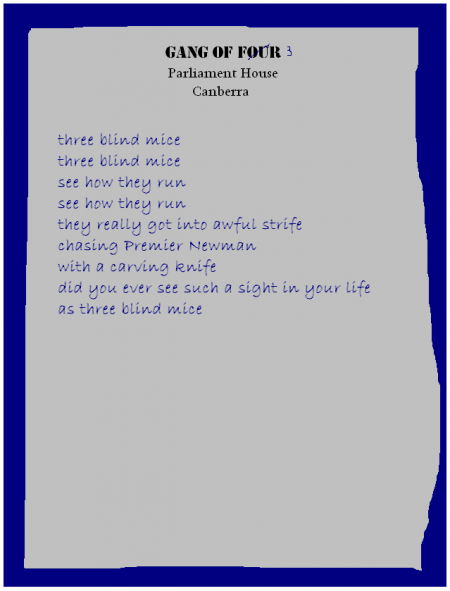 When Governments of all persuasions are seeking to cut budgetary expenditure, one the first places they look is at services for the most vulnerable. Recently, the Victorian Baillieu Gov’t has cancelled funding the 24/7 help line for those with mental illness…even after it had a 30 per cent increase in the last 12 months. In the rural town of Seymour, a residential house has recently closed due to the lack of staff; it is very difficult to employ and retain staff in the sector due to the low wages and extremely demanding work environment.

Governments of both persuasions, be it State or Federal can find money for sporting events, for paying “consultants”, for self-promoting through advertising and many other wasteful projects — but if you ask them to fund a valuable service within the disability sector, fund more respite, give struggling parents immediate funding to assist with the in home care for a disabled child, then there is either deathly silence or a million excuses. 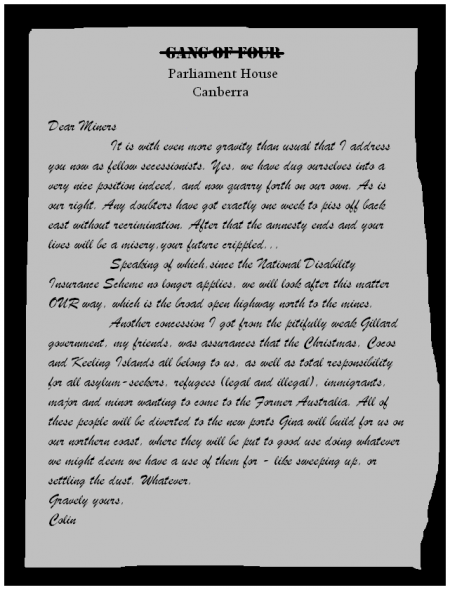 Why has it taken so long for the powers that be to recognise the needs of these people?

Is it because the issue is not “sexy”? Because it doesn’t affect the majority of the population and so they ignore it? Or throw piecemeal funding at it?

The most vulnerable in our society should be first in line when funding is announced; instead of services being cut, they should not only be retained but funding increased.

Now, though, the Federal Labor Government and three Labor states have stood up to the plate and placed $1billion on the table.

But in a disgraceful display of immoral politics - the three Liberal Premiers walked away from an NDIS trial purely and utterly to prop up their pathetic Federal Leader Tony Abbott — a man who wears his Christian faith like a badge of honour, until it comes to supporting those in need, be it the disabled or refugees, when his Christian faith comes a distant second to the almighty dollar.

It is time for our Liberal/National Party politicians to stand and be counted when it comes to advocating strongly for those who cannot, through no fault of their own, support or advocate for themselves.

They can no longer do the bidding of their Federal leader simply for self-interested political purposes. Even though we have come to expect unflattering behaviour from our politicians, what the LNP Premiers have displayed over the past two days has left this country so much poorer in its moral fibre.

It is the 21st century, not the 18th, and so it’s time for politicians to create a world where everyone is equal, allowing those who are the most vulnerable live a “normal” life, where access to employment, housing and care is readily available without having to scream and/or beg.

The money must be found.

Let’s just do it.