Amid the world's upheaval, Australia is still the lucky country

With violence and hatred occurring overseas, it's worth reflecting on the positives of living in Australia, writes Adam Abbasi-Sacca.

DIVERSE FOOD, fierce family ties and distinct languages are some of the benefits I’ve grown to appreciate as a mixed-race Italian and Iranian Australian. When going through times of stress, grief or sorrow, I’ve been able to rely on the core of these two cultures as a crutch.

This past month has been different. No appetite; love replaced with heartache and increased feelings of despair with the dispersion of my family around the world.

Language, though, remains strong, prompting me to write this very piece.

Why am I feeling this way? 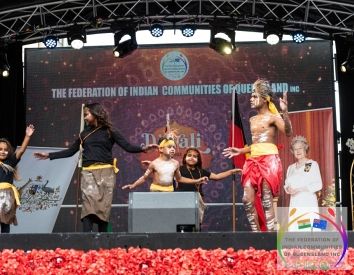 There are many privileges and responsibilities that come with being an MP, but the best part of my job is helping more people belong here.

There’s been widespread coverage regarding the protests of women (joined by many men) occurring in Iran, courageously standing up to decades of oppression. These protests were triggered by the death of a young Iranian woman, Mahsa Amini. It is alleged Ms Amini was violently attacked while in police custody for not covering appropriately. Iranian police and leaders deny this claim.

This is not the first protest in Iran. Perhaps, though, the first one you’ve heard of. Social media has been flooded with graphic displays of bloodshed and lives lost, all in the name of seeking freedom from a regime that has made many Iranians, born in Iran, wish they weren’t.

In parallel, Italy has just elected its first right-leaning politician since World War 2, Giorgia Meloni. Many compare an Italy led by Ms Meloni (backed by former Prime Minister Silvio Berlusconi) to a return to the days of their former dictator, Benito Mussolini. While I am not suggesting this is the case, I’d be lying if I didn’t say I am afraid of the unknown — an uncertainty that is only balanced by the security of knowing the Italian political system changes frequently, now in its 70th government since World War 2.

While I write this from the privilege and safety of my island home, I am unable to deny this has been a heart-wrenching time for me. I feel more mixed-race than I ever have right now. With family in both countries and a voter in the Italian Election, I’ve never felt the weight of my multiracial roots this much.

Ruminating on what is unfolding right now reminds me that while these countries differ in geographical distance, religious underpinnings and culinary delights, their unifying traits are loud. Something I know intimately by feeling the pain of my people in my own way. 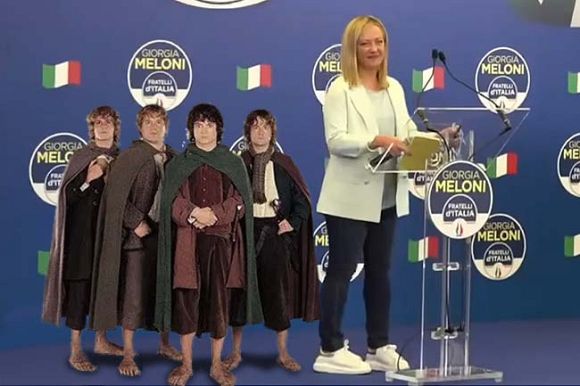 The future of Italy will soon be in the hands of a woman inspired by the hobbits of J.R.R. Tolkien’s fantasy literature.

It’s clear to me that my brothers and sisters are looking for a change. A well-known demand across this planet, resistance goes to the heart of human existence.

I acknowledge that many seeking such change left those countries early on, like the bravery of my parents and grandparents. A fortune that I seldom take for granted is being born and bred in this land.

Others remained and never stopped fighting for that change on home soil.

This hunger for change, though, once unpacked shows even further commonality.

For too long, my family and friends in Italy have spoken of wanting a stronger economy with greater opportunities for themselves and their blood. A vote in this Election represented dissatisfaction with their conservative political ruling. Arguably, the current protests in Iran are fighting for a new voice in leadership and representation. Years of sanctions and being closed to the rest of the world have weighed heavily on the Persian people. In my experience, it’s made it difficult for me to even see and connect with my family in person.

There are also parallels in the fight for female rights and opportunities. Albeit, extremely different fights, with the death toll of lost Iranian lives in their protest above triple figures.

The core of the current protests in Iran serves to emancipate Persian women who have seen their freedom and basic human rights quashed in the name of morality. And yet, just across the Adriatic Sea, many Italians are celebrating their first-ever female Prime Minister. Although, it feels naïve to celebrate increased gender representation in Italian politics in isolation. Especially when we are unsure of what her leadership will represent. 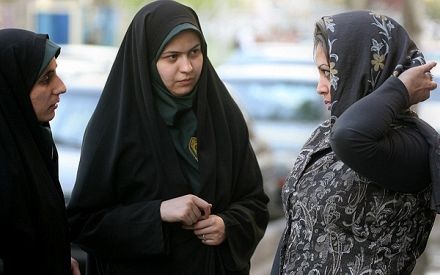 Taboo, gender norms and sexual harassment: It has to stop

"Everybody would harass me," said a young woman in the small city of Zahedan, Baluchistan, a small province in the south-east of Iran. The borders of Afghanistan and Pakistan not far away.

Trying to draw parallels between drastically different countries is my (somewhat lame) attempt at reconciling the competing pains of my ethnic worlds. But I am not ignorant. I recognise any comparisons I make are too superficial to provide any real meaning. In the case of brutalism in Iran, it’s not even possible.

I’ve been unable to hear from my Iranian family and friends abroad with the internet being switched off in the Government’s attempt to thwart protests — an experience I also faced during their protests only a couple of years ago. Conversely, my Italian family and friends have been nothing but vocal (in support or opposition) since the election results were made public.

These experiences allow me to reflect on being Australian; in a country where we vote to keep (or kick) the “bad” party out. This has kept us largely secure. By leaning into my Australian culture of late, its love of inappropriately-timed jokes and promotion of (relatively) free speech, I am navigating this period. A quasi-love story with this country, my home, that I seemingly don’t articulate nearly enough.

Perhaps, for those that romanticise multiracial individuals, this sheds some light on pressures for those existing between and connected to their differing racial worlds. This includes the complex emotional baggage that comes with our lineage.

A common question asked in Iran is “Haal-e shomaa chetoreh?”, roughly translated to mean, “how is your heart in this breath?”

My heart is weighed down by the heaviness of helplessness. But this heart is beating, something that cannot be said for many of the brave change agents on the ground around the world.

In time, I hope the very things I celebrate as a multiracial Australian will bring me comfort again, as they once did. Until then, I’ll be here watching and writing.

Adam Abbasi-Sacca is a proud mixed-race Italian and Iranian Australian freelance writer whose work can be found in a range of publications. You can follow Adam on Twitter @adamabbasisacca.

Amid the world's upheaval, Australia is still the lucky country

4 November 2022, 11:00am With violence and hatred occurring overseas, it's worth reflecting on the positives ...
Join the conversation
comments powered by Disqus
News updates