The outcome of the upcoming U.S. Presidential Election rests largely on female voters standing up for their rights and a more equal future, writes Claire McMullen.

AMERICAN WOMEN could be the decisive force that wins the White House for a different elderly White man this November. The stakes are high and the choice between these men could not be more distinct.

The outcome of this U.S. Presidential Election will powerfully shape the trajectory of the march towards equal rights. While one presidential candidate seeks to break down barriers to equal opportunity, the other is staunchly defending entrenched systems of gender discrimination and threatening rights protections fought for and won by women and other minorities.

President Donald Trump desperately needs to win the women’s vote to hold onto the White House keys. Polling indicates that his botched responses to the coronavirus pandemic, the economic downturn and dangerous levels of division have made it increasingly difficult for him to win the confidence of women voters this election season.

Less than three weeks from the Election, a striking majority of women across every eligible voter age and cultural demographic are lining up in droves to support Democratic presidential nominee Joe Biden and his historic vice presidential pick, Kamala Harris. In significant ways, the women’s movement is transcending partisan political, racial, economic and geographical divides. 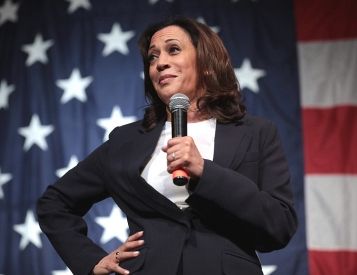 Under a Biden/Harris leadership, there would be an opportunity to use this common ground to help unify the country. Recognising the strength of America’s diversity is a vital step to work towards closing the equality gaps.

In stunning contrast, President Trump and Vice President Mike Pence made clear in their debate performances that they do not see addressing systemic discrimination as part of their “America First” and “Make America Great Again” priorities. Their concerted effort to rush through a lifetime appointment to the Supreme Court on the eve of the Election further places women’s rights – and opportunities to advance a spectrum of equal rights – in jeopardy.

Replacing one of the most renowned women’s rights champions, the late Justice Ruth Bader Ginsburg with an arch-conservative, Judge Amy Coney Barrett, a known opponent of abortion rights, will appeal to staunch anti-abortion women voters.

The real life-or-death question is whether this political manoeuvre is a “Trump card” capable of convincing a majority of women voters in key swing states to shift their support to the incumbent in these final weeks of the campaign.

President Trump is confident he can outsmart his critics again. Last week he walked the Republican Party away from economic stimulus talks to focus instead on confirming his Supreme Court choice. This decision denied desperately needed federal government relief to millions of women and families struggling during the pandemic.

Judge Barrett’s confirmation hearings are taking place this week in Washington D.C. and have already ignited a ferocious political battle in the “COVID-capital”.

While Trump believes his nomination of a female judge will win him back women’s support, he misunderstands that this is not about an individual woman — it is about all that is at stake for the equal rights movement. 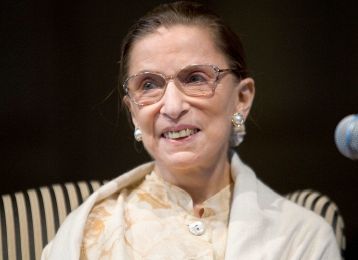 Judge Barrett’s confirmation will firmly shift an already conservative court to the far-Right, creating an ideological dominance that threatens to roll back the hard-fought victories won by Justice Ginsburg and many generations of women in courtrooms, town halls and city street marches.

The Supreme Court would then become an even more powerful adversary to vital change, obstructing new legislative efforts to address sex discrimination, racial injustice and climate change. Such a court is widely expected to overturn key judicial decisions, like Roe v Wade that legalised abortion in the U.S. and potentially invalidate key legislation.

Almost immediately following the Election, the Supreme Court will hear the Trump-led challenge to the Affordable Care Act, former President Barack Obama’s landmark healthcare reform law. If struck down, tens of millions of Americans would be left without access to quality healthcare during the worst global health pandemic in a century.

“It is poor women and girls who will suffer most,” said Director of the International Women's Human Rights Clinic at Georgetown Law School, Professor Susan Deller Ross, who worked alongside Justice Ginsburg as an attorney at the American Civil Liberties Union.

Ross and Ginsburg pursued cases that showed how attitudes about women’s health and reproduction directly influenced women’s economic opportunities and their place in the workforce. This led to legal recognition, for example, of pregnancy discrimination as a form of discrimination on the basis of sex.

For Professor Ross, the devastating loss of Justice Ginsburg is compounded by the huge array of losses the U.S. could face with a 6-3 conservative court:

“It is really a tragic outcome for the country, and for women and girls in particular. Laws that mandate an end to discrimination against women, LGBTQ and African Americans may suffer.”

If the right to abortion is removed at the federal level, the end result is not that all women will be barred from having abortions but rather only some women will have access to legal, affordable and supported operations.

“What it effectively does is move action on [abortion rights] to the states. There are some states where there will still be the right to abortion but other states, primarily in the south and possibly parts of the mid-west, that will take away the right.”

According to Ross, these changes could increase inequality and further divide the country:

“You have some very liberal states and some very conservative states, and it becomes a much more difficult fight because you have to fight state-by-state-by-state for rights.”

It took women 72 years and a battle in 38 states to force an amendment to the constitution recognising their right to vote.

Today, American women comprise 51 per cent of the U.S. population, and a majority of the electorate, but continue to be vastly underrepresented at every level of government — especially women of colour, Republican women, young women and low-income women.

Black and Latino women and mothers of school-age children have been hit hardest by the coronavirus and endured job losses at four times the rate of men, according to new data from the National Women’s Law Centre.

With such glaring inequality, we are seeing a new kind of women’s movement in American politics and a significant gender re-alignment in voter-party affiliation.

This year, more American women are running for elected office than ever before but remain less than 35 per cent of all major party nominees for congressional and statewide executive offices. Record numbers of women of colour are running for election, particularly on Democrat tickets but overall remain underrepresented in both the House of Representatives and the Senate.

It is clear, as Justice Ruth Bader Ginsburg made plain: “Women belong in all the places decisions are being made.”

In 2020, American women hold the keys to the White House and continue to lead the United States towards a ‘more perfect [and equal] union’.

Claire McMullen is an Australian lawyer and journalist living in Washington D.C. She recently completed a Master of Laws at Georgetown University Law Center.