Advice for Smilin' Joe and Sado-Morrison

Wealthy, smirking Joe Hockey and smug, snarling Scott Morrison are treading the well-worn path to evil; Bob Ellis has some questions and counsel for both men.

Joe won the race to Evil in about sixty hours.

He passed Affable Smiling Boofhead and Misguided Market Fundamentalist and Courageous World Statesman in the first day and by the time he said ‘one-third of a packet of cigarettes’ and was seen smoking a cigar with Dracula, he’d usurped Satan himself.

Some tips for your next life.

If you’re hurting everybody at a time of semi-wartime emergency don’t smile as you say you are. Churchill saying "blood, toil, tears and sweat" was not wreathed in smiles.

If you are calling for sacrifice, do not charge anybody $22,000 to hear you talk about it and not spend the money on healing lepers. If you own two farms and four houses, do not talk about ‘the age of entitlement’ applying to old sick women seeing a doctor for free. Sell one of the houses, and donate the money to diabetes research and say you are doing this.

Another good idea would be not to massacre the CSIRO, which wins Nobel Prizes, and give $20 billion for ‘medical research’ to your dodgy mates. The CSIRO and the universities are finding a cure for cancer already, and should be given more, not less, billions to achieve that end.

Don’t say to an old woman:

You’ll be paying up big every time you get sick, but, hey, fifteen years after you’re dead there’ll be a cure for cancer, thanks to your sacrifice.

The last tip for Joe is, next time round, study up on Australia.

Learn why to Australians Holden, Qantas, the Goulburn Valley and the Tasmanian forests mean something, and your dog-eat-dog philosophy means less to them than it does to you.

Learn that changing a whole society’s way of thinking needs more than the will to do it. Learn that a society built on land grants for convicted criminals and the phrase ‘a fair go’ is different from one whose guiding rule is ‘an eye for an eye and a tooth for a tooth’.

Above all, do not smile while ordering young people to leave their home towns and clean city lavatories or do phone sex for fifty cents a minute or else. Realise how evil you look. Next time round.

In the meantime, enjoy your over-entitled retirement and its millions and prepare for a trial by ICAC.

And try to remember while testifying — don’t smile.

The wild-eyed foam-flecked sado-heathenist Scott Morrison’s contention that he has stopped the boats needs examination.

He’s certainly stopped some boats, though he won’t say how many. He’s certainly people-smuggled some weeping mothers and their newborn babies and shocked young husbands and mothers-in-law back to Indonesia which doesn’t want them, and has done this illegally, offending the UN and all the nations in our region.

But has he stopped other boats, that go by a different route, into beaches north or south of Broome? I ask this because of the failure of many countries, at a cost of hundreds of millions of dollars, to find a big plane in the same obscure dark lightning-smitten seas in three long months. I doubt if the Border Protection mercenaries even look there.

I ask him now which Salvation Island worker killed Reza Barati, and how long he reported for work after dropping a rock on his head, and how long Morrison paid him, and if he is now in custody, and if he will, according to local custom, suffer capital punishment and when. 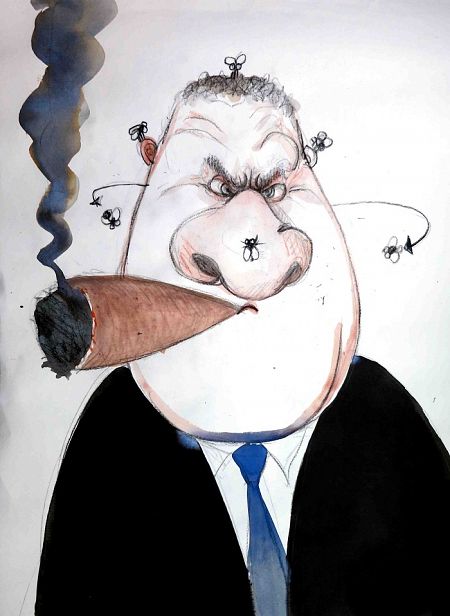