FEW FOREIGN AFFAIRS EXPERTS were surprised that Tony “No Surprises” Abbott has caused serious rifts with other nations. What shocked them was the speed.

It took the Howard government ten years before Indonesia withdrew its ambassador in outrage. It took Abbott and Bishop ten weeks.

Here is IA’s summary, with links to the evidence.

Without doubt, the most unforgivable act of bastadry in Australia’s modern peacetime history was this month’s ASIO raid of the Canberra office of the lawyer for Timor Leste [East Timor] and removal of his files.

Both countries are preparing for a court battle in The Hague over resources. Now one side possesses the legal documents of the other.

International lawyers believe that if no nation ever trusts the Abbott government again, this will be reason enough.

Bishop’s embarrassingly inept criticisms of China’s defence zone – made to the media instead of through diplomatic channels – have hindered trade negotiations and endangered the strategic partnership.

This was compounded when Abbott arrogantly announced a one-year deadline for the free trade agreement. Raoul Heinrichs at ANU’s Strategic and Defence Studies Centre described this as

Trade deals, he said, ‘are among the most exacting form of diplomacy’ and cannot be rushed.

West Irian activists scaled the wall of Australia’s consulate in Bali in October seeking help for 55 political prisoners in Indonesia.

This demanded careful negotiation and measured public responses. Abbott offered neither. He rejected the appeals out of hand and defended the indefensible:

“People seeking to grandstand against Indonesia, please, don't look to do it in Australia, you are not welcome. The second point is the situation in West Papua is getting better, not worse.”

Not true, according to experts such as Dr Jim Elmslie:

'Many tens of thousands, if not hundreds of thousands of people have perished directly as a result of conditions that have been enforced upon them … we characterise what is going on there as a genocide or a potential genocide.'

Despite misinformation to the contrary, relations with Malaysia remain fractured following years of foolish criticisms by Abbott and his ministers and threats to act unilaterally over asylum seekers.

Abbott offered a grovelling “act of contrition” in October. But after years of negative press much more will be required to restore relations.

Abbott’s decision to cancel highly-regarded former premier Steve Bracks’ appointment as Australia’s next consul-general in New York has been described as spiteful party politics at its worst.

'... ominous for the Australian Public Service. It quickly shattered any illusion that Tony Abbott’s ministers would not interfere politically.'

The likely appointment of disgraced former foreign minister and failed diplomat Alexander Downer will be seen as a supreme insult to the British.

Abbott welched on a vital agreement between the fishing nations to protect the critically endangered southern bluefin tuna.

“To our great disappointment, our expectations were crushed,” said Japanese commissioner Shigeto Hase.

“This is disappointing to say the least,” said New Zealand commissioner Arthur Hore.

“I would hope to make my first visits to our neighbours in the region — New Zealand, Papua New Guinea ...”

Since then, she has visited New York, Indonesia, New Zealand, Singapore, Sri Lanka, China and the Philippines. She hasn’t visited Papua New Guinea and probably won’t. 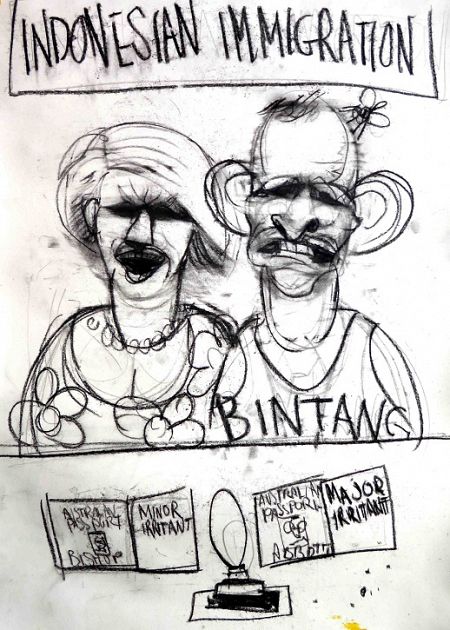 The disastrous mishandling of relations with Indonesia was analysed here last month and elsewhere. The main update is that Julie Bishop was further humiliated when normally confidential notes of a meeting were released by her Indonesian counterpart to show she had lied about what was discussed.

These nine blunders have impacted relations with nine countries. Another 11 actions have offended multiple nations. They include:

Australia’s refusal to send a senior MP to last month’s UN climate change meeting in Warsaw was roundly condemned. Australia earned four Fossil of the Day awards, was castigated for the “bad behaviour” of its delegation, and received the overall Colossal Fossil award.

This was compounded by Abbott’s offensive decision to dump the Coalition policy to cut emissions by between 5% and 25% of 2000 levels by 2020.

'... education quality owing to the fact that the biggest single portion of Australia’s aid spending in Indonesia goes to education.'

Australia is now out of step with the 158 nation majority at the United Nations on Jewish settlements in occupied Palestinian territories.

Abbott and Bishop have abandoned Australia’s condemnation of the settlements in favour of abstention. Is this, along with public criticisms of China, at the behest of the USA? 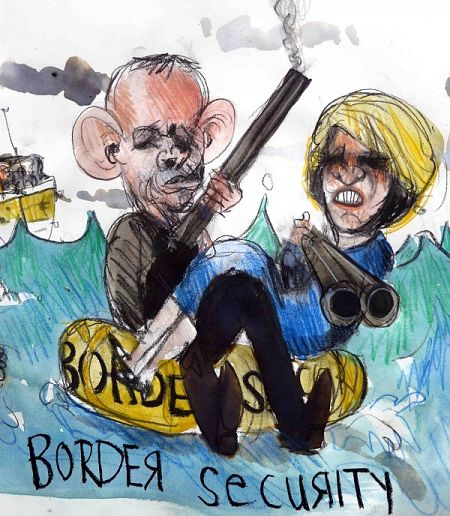 Most Commonwealth heads of state attending the Sri Lanka meeting last month had human rights abuses in that war-torn nation high among their priorities. Abbott, however, pointedly refused to back calls by UK prime minister David Cameron and others for Sri Lanka to end violations.

Abbott underscored his contempt for the consensus by giving the host government two ships to deal with asylum seekers. Not hospital ships. Not search-and-rescue vessels. Gunboats.

Torture is widely used as a political tool with no legitimacy whatsoever. Hence the global push to end the practice completely.

Tony Abbott undermined this in Sri Lanka, by stating that he “deplores” torture. But not really:

“We accept that sometimes in difficult circumstances, difficult things happen.”

'The alarm bells about the Abbott government are becoming deafening. And they are ringing around the world.'

So wrote commentator Geoff Kitney, joining the chorus of bewilderment at economic decisions with implications abroad. These include increasing the debt, blowing out the budget, manipulating the Aussie dollar and confused messages over foreign investment.

'... the most gushing tribute to the royal family since Robert Menzies’ notorious ‘I did but see her passing by’ 1963 homage to the Queen.'

Globally, refugee workers are dismayed at the Abbott government’s language and its insistence that arrivals are labelled “illegals”.

Catholic Justice and Peace Commission’s Peter Arndt claims this is 'de-humanising asylum seekers'. He urged the government to treat them as human beings —

'... not as demons to be feared or as objects to be used for political or commercial benefit.'

According to refugee workers, Australia’s treatment has never been as bad as in the weeks since Abbott took control.

Dismay has been expressed at Abbott’s intention to return refugees without proper screening.

The UN High Commission for Refugees declared that:

'... any interception and preemptive return of people seeking asylum that is carried out without an appropriate assessment of individual protection needs raises issues over compliance with the Refugee Convention.'

The world was shocked to hear mayday broadcasts from a stricken vessel in September, which the Abbott government ignored.

‘We wait two hours; we wait 24 hours, and we kept calling them, “We don’t have food, we don’t have water for three days, we have children, just rescue us”. And nobody come. Sixty person dead now because of Australian government.’

That’s twenty serious disasters. Is there a common thread through these? Is it simply inexperience and incompetence? Or are we seeing arrogance, greed and racial supremacy as well?

The originals of John Graham's art, as featured at the top of this piece and elsewhere on IA, may be purchased for very reasonable prices by contacting the editor via email at editor@independentaustralia.net.