With Indonesia rejecting the Abbott Government’s “turn back” policy, Australia's position of strength in its relationship with Indonesia looks to have all but disappeared, says Melanie James from The Conversation.

How far can friendships stretch? Two months ago, the rhetoric of the Indonesian and Australian governments was centred on the countries being good friends. Until last week, from the Indonesian perspective, the positioning of the friendship between the two countries was one of strength and co-operation.

But when Australia does things that are not usually part of a friendship – as happened in recent days with the unilateral (and failed) action of turning back boats carrying asylum seekers – Indonesia is within its rights to claim that Australia is not being a good friend to their country.

This comes amidst continued confusion over the success of the Australian government’s “turn back” policy. Indonesia said three out of six boats carrying asylum seekers have been been declined, while Australian immigration minister Scott Morrison claimed Indonesia accepted two boats and rejected two.

"Indonesia and Australia are very good neighbours, despite our up-and-down relationship, but then I think we have homework to deal with, we have homework that we have to solve together. And I do believe that the new administration will be a good partner of Indonesia in overcoming all issues that come up in this region. We are friends."

In taking up the position as a good friend to Australia, Indonesia indicated that it was willing to co-operate to find a solution to the asylum seeker issue from within a wider Asian regional context. In essence, Indonesia was taking the moral high ground: a position of power.

In both taking up and assigning the “good friend” position in the immediate post-election period, Indonesia had the right to warn of things that could damage the friendship between the two nations. Both Indonesian politicians and officials did exactly that, including foreign minister Marty Natalegawa, who warned Australia’s new prime minister Tony Abbott that:

"We will reject his policy on asylum seekers and any other policy that harms the spirit of partnership."

It was essentially a situation where one friend was reminding the other that they were in fact friends, and to remain so required that they act in the manner of good friends.

Foreign minister Julie Bishop’s response to her Indonesian counterpart was that:

"I point out we’re not seeking Indonesia’s permission to implement our policies, we’re seeking their understanding."

Here, Australia was perhaps overplaying its position of friendship. In the Indonesian responses – including by Natalegawa again – it was evident that this approach was not in line with the “good friend” storyline. Natalegawa maintained that Australia’s plans would be rejected as they were not in the spirit of partnership between the two countries. 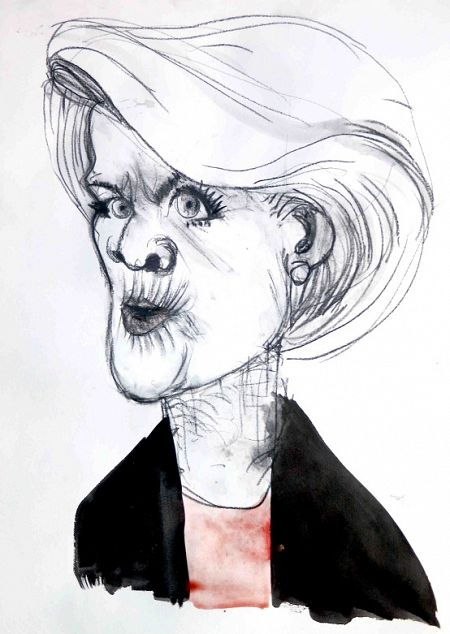 This was a clear indicator that if Australia was to try and implement unilateral action, Indonesia would see that as breaching the current status of the relationship. This, of course, is exactly what has happened.

Australia’s position over the past two months reflects its confidence that it still holds the position of strength in its relationship with Indonesia. This position is debatable. ANU professor Hugh White wrote in June this year that Indonesia was emerging as one of the key powers in Asia, with the balance of wealth and power between Australia and Indonesia shifting Indonesia’s way.

However, in thinking it held the “power card”, Australia’s new government might have felt confident to flex a little muscle over Indonesia. It might have also felt sufficiently comfortable in the partnership to assume that Indonesia would let the Australian government step over the line a little in order to play to its domestic audience. Indonesia’s positioning of itself and Australia seems to indicate that it was feeling confident within the partnership.

Indonesia was doing one of two things. It was either giving Australia every opportunity to work things out co-operatively, or it knew that Australia had to position itself in a way that was sympathetic to domestic political pressures. As such, Indonesia was setting up the new Australian government to be unsuccessful in implementing its asylum seeker policies.

Indonesia was setting the stage to be seen as the more reasonable country; seeking new ways on partnership and regional solutions. This makes it look like Australia is something less than a regional player and less than reasonable. If Australia was to go forward with such a positioning assigned by Indonesia, Australia could be seen as being at a disadvantage.

Indonesia has outplayed the new Australian government. And in rejecting the full ramifications of the “good friend” storyline, Australia was seen to appear as somewhat morally defective, as arrogant or even a bully.

In pushing things in the last week with failed attempts to turn back boats carrying asylum seekers, Australia has positioned itself as not only morally defective, but also as incompetent. Not a good look in anyone’s language.

This article was originally published at The Conversation. Read the original article. Former UN and Indonesia Ambassador as well as DFAT Secretary Richard Woolcott AC will be speaking at NSW Parliament House for an IA function on November 29. More details here.