Abbott batting on a deteriorating pitch

In fading light, Abbott is pinned to the crease on GST, asylum seekers, broadband policy, education reform, and now IR policy. John Lord looks at Abbott's worsening chances on day one of this first Election Test. 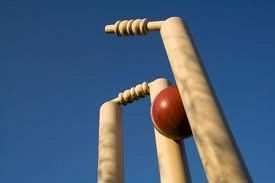 TO USE cricketing parlance, cracks are beginning to show in the pitch.

The pitch that Tony Abbott is making to the Australian voting public. In fact, some of the cracks might indicate a turning wicket.

For some time I have been suggesting that, the prime minister's policy agenda has been to "out policy" Abbott by taking the lead on all the big agenda items. Labor's policy on the NBN, Gonski and the NDIS she have left him with little chance of making a big score. I cannot see him producing policy to rival these. In fact, the current state of play would suggest a possible run out toward the end of the campaign.

The current state of play indicates a subtle but significant shift in how the game is being played. The prime minister is on the front foot, firmly behind the ball, playing a straight bat. The opposition leader's bowling is off line. In fact he has been no balled a few times for bowling wide of the crease.

Let's analyse the match thus far. Remembering this is a six test series.

ABC programs The Drum and Insiders indicated that they are prepared to play ball by reporting on the other team’s strategies. This is most refreshing. I think it happened during the drinks break. All that's needed now is for Insiders not to be caught behind.

As for the mainstream media, they have never been much interested in reporting on the finer points of the game. The News Ltd pay wall sites didn't think the Gonski NSW signing was even worth reporting. Poor form that.

The Q&A debate on educating our children on how to become better players in the future was handsomely won by Garrett over Pyne. Although it has to be said, Pyne was on the back foot without a policy to run with. He needs to perform better if he gets a second knock.

The other Q&A debate between Dutton and Plibersek was decidedly a victory for Plibersek. Dutton was well out of his crease and was stumped several times when he wouldn't give an undertaking that his team wouldn't reinstate the health care rebate for the rich in the member’s pavilion.

It's fair to say the opposition was creamed over their NBN policy launch. Abbott looked like he was acting, as a reluctant runner for the injured opener. It’s a pity they couldn't use the 12th man. He is known to be up to speed on the subject.

Reporting on social media demonstrated that the LNP policy had been hit for six. To add injury to a policy that Ponsford would have better understood, we find out (according to Akamai Technologies) that Australian internet speeds fell 23 per cent during 2012 and we are now ranked 41 out of 98 nations. Time to bring on the quickies.

Now he's talking about booby traps and watering down past statements as though all the lies of the past two years were just batting with the breeze. I think he must have been hit with a bouncer while not wearing a helmet. Concussion set in and when he recovered he realised that there are real known facts in the world and that truth does matter. During the short of a length Leigh Sales interview, he accused the PM of low politics. My God, I felt like I had just copped one in the nuts from Malcolm Marshall I was so distressed.

During the lunch break, he starts sprouting about climate change and the "toxic tax." A sponsor from the power industry suggests he should reconsider his direct action policy in light of the drop in the European price but he will have none of it even though his plan is an absolute shocker. The Energy Supply Association of Australia said falling demand for power meant the Coalition must review its energy and climate change policy if it gains power at the September 14 federal election. Now they plan to have a white paper to see if direct action actually will actually work. Caught out on that one I think.

Didn't Mr. Abbott say he was going to repeal the tax on the first sitting of parliament? He might be on a pair.

Raising the matter of the Governor General's appointment was simply not cricket. Fancy saying that he was on the record as saying that he thought that military personnel and former judges, by and large, make the best vice-regal appointments. All this in the full knowledge that very few women would be eligible. Sometimes you wish he would just declare. Goodness knows he is good at bowling spin on sticky wickets. Alternatively, maybe he should disclose his true feelings and get on with the game.

At the end of the days play Labor is fighting back. Play was delayed for sometime when a LNP bowler was called for chucking. Made a bit of a mess too. Nevertheless, that’s cricket for you.

(John Lord writes at The Australian Independent Media Network and Café Whispers. This article was originally published at AIMN on 27 April.)