Abbott and Murdoch: All out damage control

THE PRIME MINISTERSHIP OF TONY ABBOTT has turned out more of a disaster than his most dubious doubters could have envisaged.

This demands desperate measures from those who promoted him and who will lose on their investment if the government continues to flounder.

In less than three months, Tony Abbott has alienated, angered or altercated with vastly more groups than he has satisfied.

He offended women by appointing 18 men to a cabinet of 19 and 11 out of 12 parliamentary secretaries. He alienated Aborigines with his cynical broken commitment to spend his first week with the Yolngu. He outraged rural residents with backflips on funding. He shocked the education community, including the prestigious Gonski panel, with bizarre policy-on-the-run. And now he has dismayed Liberal and National supporters with his cosy deal with the Greens on debt.

Abbott’s L-plate treasurer Joe Hockey stunned observers with his demand that the debt ceiling be almost doubled to $500 billion — with no explanation as to how this tallied with pre-election anti-debt rhetoric. He has now dumped the ceiling altogether and blown out the budget with $17 billion in unnecessary spending.

Abbott has not stopped the boats, or turned back the boats, or bought the boats. They are still arriving. He is desperately hoping the arrival rate will not exceed the reduced level Labor achieved with its PNG solution.

Overseas, Abbott has set back relations with China, Indonesia and Papua New Guinea to the dark days when the hapless Alexander Downer offended virtually all Australia’s neighbours, resulting in diplomatic stand-offs and the deaths of many Australians and others.

Now East Timor is justifiably furious at ASIO’s raid of their lawyer’s Canberra office on Tuesday.

In short, this is the most conspicuous failure in the early days of any administration in the Western world in living memory — with the possible exception of Amintore Fanfani’s 1987 government in Italy, which lasted 15 weeks.

Desperate times call for desperate measures. So the forces that manipulated Abbott’s political ascension are now ratcheting up the manipulation to conceal the unfolding fiasco.

Several strategies are being deployed by both the government and the Murdoch media, which clearly sees itself as Abbott’s minder. 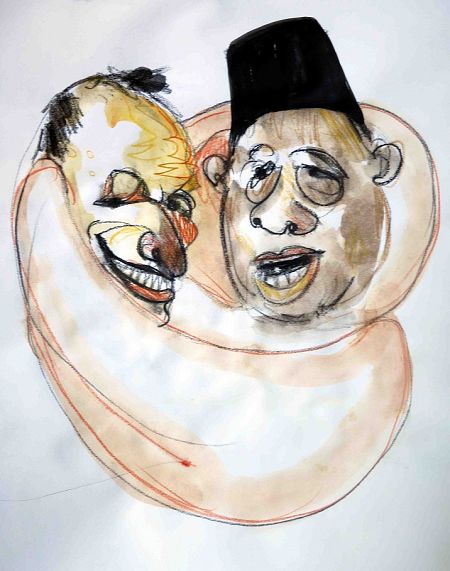 We are seeing scant reference to the deepening debt or the almost certain blowout of the next budget beyond Treasury’s pre-election forecasts. We are seeing few reports of the dismay being expressed across the globe at Australia’s about-faces on refugees, the environment, Palestine and development aid.

The real reason for the diplomatic crisis with Indonesia is deliberately falsified. The Murdoch media consistently refers to this as the “spying scandal” or fallout from “phone-tapping revelations”.

That is simply false. Espionage is routine. Activities in 2009 are clearly not the fault of this government. The real reasons Indonesians despise Abbott are his long-running denigration of Asian countries in his asylum seeker tirades before the election, his arrogant fake apology after, his snubbing of Indonesian journalists in Jakarta, foreign minister Julie Bishop lying about her first meeting with her Indonesian counterpart and, finally, the two week delay in expressing remorse for the historic phone-tapping of the President and his wife.

2. Stemming the flow of information.

This advanced the fiction that

Bizarrely, The Australian supports this censorship.

Tony Abbott appears on friendly programs, such as Andrew Bolt’s television show, but rarely on investigative programs. This is in stark contrast to prime ministers Howard, Rudd and Gillard.

Abbott and his chief of staff Peta Credlin are now showing ‘obsessive centralised control phobia’. That’s according to MPs from his own side, including Senator Ian Macdonald.

This list of conflicts between the PM and his MPs is extensive and seems to grow longer each week.

Broken promises were a constant theme during the reign of PM Julia Gillard. Yet there were very actually very few. Just one – no carbon tax – was used effectively to destroy her credibility.

Abbott, in fact, broke 13 commitments in his first 50 days and another three since. The Murdoch media are suppressing this. On Tuesday, Dennis Shanahan in The Australian congratulated Abbott and Education Minister Christopher Pyne on their ‘political decision to neutralise education funding’.

‘Abbott risked being tagged as someone who did not keep his promises and slipping into a damaging parallel with Julia Gillard and the carbon tax. A perception framed before Christmas would last for the electoral cycle.’

The Australian is desperate to distort the record to keep readers ignorant of the actual number of broken promises — sixteen and counting.

6. Destroying the incriminating past 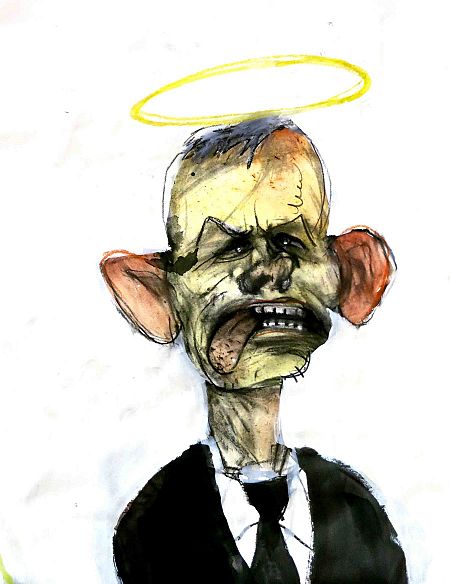 Tony Abbott’s website, before the election, had links to speeches and opinion pieces going back well before he became Opposition leader. Many have now been deleted. This means countless declarations of principle, broad commitments and specific promises can no longer be easily contrasted with delivery.

Each trip abroad by Abbott and Bishop has generated criticism of their ineptitude in the local press and in Australia. Follies include the unseemly criticism of Kevin Rudd in New York, donating warships to the Sri Lankan regime and the several well-publicised blunders in Indonesia.

Not surprisingly, scheduled visits by other Abbott ministers have been cancelled. A trip planned by trade minister Barnaby Joyce has been postponed indefinitely. Now collaboration with Indonesia on police, military and intelligence matters has been halted for perhaps a year, ministers in those portfolios will not be travelling either.

This is surely the most hilarious defence mechanism given the role the Murdoch media played in denigrating the previous regime — which now appears remarkably statesmanlike in comparison.

The Daily Telegraph’s Miranda Devine laments critiques from the ABC and Fairfax:

‘The government has been in office 77 days but the Canberra press gallery has already written it off. Where fault can be found it will be furiously exaggerated. Where success occurs it will be ignored.’

Not at all, Miranda. The faults are serious and they are many. The media has generally downplayed them, not exaggerated them.

Success will not be ignored when it is achieved. The non-Murdoch media – and the electorate – are waiting, that’s all.

So far, these eight strategies are working. Opinion polls reveal a large proportion of the public have no idea of the damage being done to the economy, the nation’s administration or its international reputation.

The one positive is that Fairfax and the ABC have now put a sliver of daylight between them and the Murdoch press in reporting politics. In a significant shift from the Labor years, the ABC and Fairfax publications now frequently report fairly.

‘Honesty in short supply in backflip’ was the heading in the paper version of The Age over a piece by Mark Kenny in which he did not gild the rotting Coalition lily.

The strong negative is that there is no obvious successor to Abbott should the parliamentary party decide he is a terminal dud. All likely alternatives – Julie Bishop, Malcolm Turnbull and Joe Hockey – have shown in the early administration of their portfolios that they are no more effective.

What happens next will be intriguing to observe. The strategists must know they cannot deny or conceal incompetence and dysfunction forever.

The originals of all John Graham''s art published on IA are available at very reasonable prices. All enquiries to editor@independentaustralia.net.