With the United States set to shift its policy on energy, Australia should follow suit and become an example of proactive climate action, writes Tim Cornwall.

CHINA, South Korea and Japan have all made announcements recently of their emissions reduction targets over the next few decades. While these targets are symbolic, they send strong messages to Australia and to the United States. Will the combination of a Joe Biden victory and the forced deceleration of fossil fuel industries finally push Australia towards a competent energy policy?

Australia’s coal exports represent a sizeable portion of our total exports, but more importantly, a powerful force within Australian politics. This fact has been exploited recently by China, whose trade moves on coal are one of their latest attempts to send a message to Australian politicians. In the long term, however, the recent announcements of South Korea, Japan and China are sending an even stronger message — it’s time to scale down fossil fuels.

China’s surprise announcement of a 2060 net zero emissions target was another stark reminder of the lethargy in many Western governments to take action. Even China, whose rise in past decades has been predicated on the scaling up of coal-fired power stations, is turning the ship around.

Although this radical change in policy for a nation of over a billion people will require a lot of political will, there is no country with better credentials in their previous 40 years to make such a change. For example, according to World Bank statistics, China’s poverty rate in the last 30 years has decreased from over 66% in 1990 to around 0.5% in 2020.

The Japanese and South Korean announcements are further bad signs for the fossil fuel industry in Australia. The top Australian coal exporting countries are India, Japan, China and South Korea. India is already pivoting strongly away from fossil fuels and towards various forms of renewable energy, while the recent announcements from East Asia are yet more writing on the wall for this dying industry.

These practices are being propped up by billions in subsidies from an Australian government who are ostensibly good economic managers, despite the fact that there are few worse industries in which to invest for creating jobs.

It is also worth asking the question why these countries, South Korea and Japan in particular, would announce policies at this particular point in time. With the Election over in the United States and a Joe Biden victory, these countries were likely sending a message to the United States that they are committed to climate action in line with Biden’s ambitious plans. While announcements of these targets may have resulted in a diplomatic strain a matter of months ago, the expectation of a Democratic win made them more tenable.

Domestically, the newest ‘Climate of the Nation’ report by the Australia Institute also found that Australians want more action on climate change, with 80% of people fearing worse bushfires as a result of global warming and 80% of people wanting Australia to take a world-leading role in climate action. The propaganda effort of the gas industry appears to have also been effective with Australians overestimating the proportion of gas workers by a factor of 14. Although there are clearly political and media considerations to make beyond these plain statistics, the claim that action on climate change has no democratic support should be dismissed. 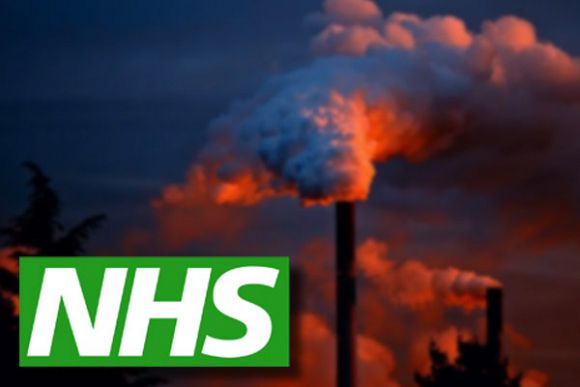 Why can’t the Australian Healthcare Sector commit to net zero emissions if the National Health Service (NHS) can?

Even within the Australian Government itself, there appears to be an acknowledgement that climate change is a huge problem to be addressed. As reported in Michael West Media, legislation being rushed through Parliament shows that the Government clearly understands the need for a response to climate change. Instead of a preventative approach which may damage certain mining donors, this bill indicates the potential for a militarised response which would almost certainly aid certain defence industry donors. Yet more evidence of a government governing for multinational corporations.

So, what does this mean for Australian policy? In the case of Joe Biden's victory, the United States is going to move forward with more action on climate than ever before. Our Asian neighbours are shifting their own policies. Domestically, there is strong support for climate action. There is an overwhelming economic case for shifting our energy grid to renewables. It seems the only force now holding these policies back are the policymakers themselves, the lobbyists informing them and the mainstream media seemingly incapable of holding them to account.