To improve mental health systems we must connect with their users

If we want to understand how to bridge gaps in Australia's mental health systems, our national leaders need to listen harder to those with lived experience, writes Fi Peel.

There were three panellists: Dr Adrian Plaskitt, a general practitioner from the Hunter/New England region who had recently had an article published in The Guardian regarding gaps in equitable mental health access, particularly in regional and remote areas; Grace McLoughlan, a young consumer advocate, had been invited to represent the lived-experience – non-clinical – voice. The authoritative voice in the room was Deputy Chief Medical Officer for Mental Health Dr Ruth Vine — a psychiatrist by trade.

The webinar host, ABC Radio National's Natasha Mitchell, did a fantastic job of keeping the panel balanced. But, as time went on, a very clear tension emerged between Plaskitt and Vine.

Plaskitt wanted to talk about what was happening on the ground. Vine kept driving it back to new and really great initiatives that are only just now coming online. Mitchell did a terrific job of making sure McLoughlan had as much engagement in the debate as possible, but it felt like there was a very clear, "we need more of this" versus "we have stuff happening" tennis match unfolding with McLoughlan's very valid commentary about the "missing middle" being lost in the mix. 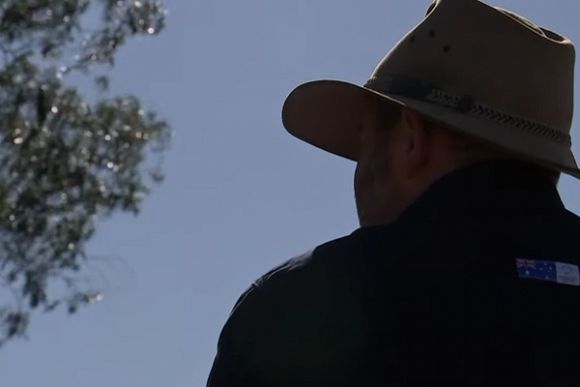 Glaringly absent from the debate was a willingness to acknowledge that most of these innovative thrusts were still very metro-centric. Commentary on progress in rural and remote areas was limited, and First Nations perspectives were sparing. Interestingly, for all the spruiking of the great things happening, LGBTQI+ representation was almost non-existent.

It was never going to be possible, realistically, to cover everything, but I did come away wondering if all speakers were across the intended objective of the event. I was confused. Was the webinar intended to be a realistic appraisal? What was "really" happening on the frontline of mental health systems support?

I had been nodding vehemently to most of what both McLoughlan and Plaskitt were saying. Mitchell's acknowledgement of the frustration expressed in the comments section suggested there were many of the several hundred viewers who had tuned in from all over the country with similar exasperations.

Was the event designed to provide hope to communities in lockdown, fearful and frustrated by current access gaps which may be unaware of services that existed and were in the process of being launched?

This seemed to be the focus of the position Vine maintained throughout, but unfortunately, the more tightly this line was maintained, the more it seemed apparent that she was unprepared to answer questions about the obvious elephant in the room — what is really happening now on the frontline of mental health? Sadly, Vine was unable to articulate the simple truth. "Not enough."

I completely understand why Vine wanted to highlight the prospect of emerging hope, but as someone who is seeing how this all plays out on the ground in the work I do, I find it frustrating that so many in positions of senior leadership are still missing the point. Entering a roomful of people burned by mental health systems with a sunny-side-up disposition is akin to setting Mary Poppins loose on The Incredible Hulk.

If we want to understand how to bridge gaps, our national leaders need to be transparent and circumspect about where limitations lie at this level of lived-experience engagement. There are many who have traditionally not spoken out for fear of not being heard. With the rise of the consumer advocacy movement, there are more and more people finding the courage to raise their voices and now we are giving people a platform to speak and advocate at increasingly higher levels of systemic rewrites.

Time and time again, however, I notice the clinical voices – still holding the positions of power – debating their considered expert opinions while the lived-experience advocates in the room sit silently by and observe or, even worse, are dismissed. The voices we have championed by asking them to join the debate are then glossed over. Is it any wonder we question why we ever accepted a seat at the table in the first place? 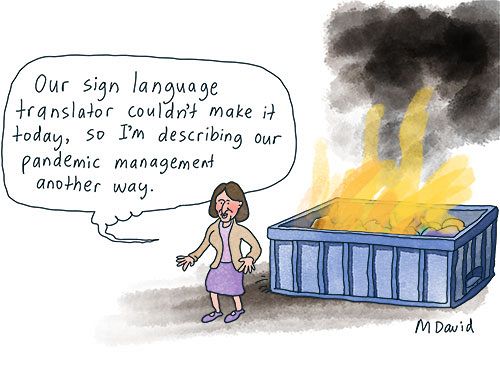 Upping the mental health services budget doesn't make up for the NSW State Government blaming others for its systemic public health failure.

If we want to activate hope-inducing engagement, then we need to take a pragmatic look at the spirit-breaking approaches on display in these settings.

Sadly, while there were so many wonderful initiatives being aired, there was no realistic ownership of the limitations of current models: mental health funding limitations and other social determinant barriers contributing to the "Q+A chat flood" as consistently referred to by Mitchell.

This webinar certainly left me feeling like a party line had been towed and reinforced the annoyance I come across on a regular basis in advocacy circles where lived-experience advocates, burned by human rights abuses sustained in engagement with biomedical systems, walk away from such an experience wondering why they believed that if they did finally raise their voices, they would be heard.

We need to do better.

To improve mental health systems we must connect with their users