In the wake of restrictive U.S. abortion laws, a new Facebook group allows women to access pills, information and even a place to stay. John Thompson reports.

ACCORDING to Facebook, you can ‘create a group for anything’ — be it your family reunion, your after-work sports team, your book club, or even your last hope for legal abortion.

The Facebook group discussed here – an underground railroad for abortion seekers and providers – is a community.

'It’s emergency aid,'  Pink tells me via direct message. Pink suffers from a disability that could prove fatal in childbirth. She’s an admin of the group whose alias protects her from Facebook as much as it does from me. 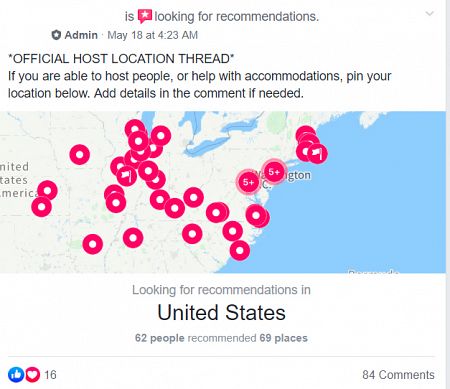 Fake accounts are common but dangerous — prone to being deleted or compromised. Davram, a professor of biology and group admin has told me stories of right-wing trolls, Facebook moderators and even vindictive family members. He has told me about hacking, doxing, and "zuccing" but now he can’t tell me anything. The messages are gone. The account too.

The Alabama Human Life Protection Act is the latest in a wave of "heartbeat laws" passed by conservative American states. It’s the strictest one yet. It represents a direct challenge to legal precedent and women’s rights. Eric Johnston, a conservative lawyer who co-authored the Bill, thinks that it presents a more "simple statement of law" on abortion.

Inspired by the Alabama legislation, the Facebook group is a plan B for what could potentially be a total ban on abortion.

“As of right now, the purpose of the group is to connect people in need of emergency contraceptives, with those that can help them get it [sic]."

Scores of comments offer help, some are people in less restrictive states who offer accommodation and support to abortion seekers, they call themselves long lost relatives, their locations linked on a map.

Others quote the cost of sending pills and how best to deliver them. Do they hide them? Send them to a post box? What if they're intercepted? Is it legal?

But no one has yet used the group’s services. A recent post assures members that things are being done so that help will be available ‘in the event', or ‘in case’  Roe v Wade is overturned.

"Over the past few years, groups have become even more focused on building these types of performative communities. Facebook wants to change that."

Jose’s research concludes that political Facebook groups exist primarily as a way for individuals, to "perform" a political identity. In essence, they function much the same as any other group — a way to find like-minded individuals.

However, this group "is more purposive — less performative", he said, adding that it had a "tangible goal". Its success, he continued, will depend on "how effectively" the group achieves that goal.

'A state-level threat isn’t likely,' said Davram.' Yet.' He told me this from a new account. I asked what happened to the original one. He explained, 'There might be a new algorithm. Or someone reported…' 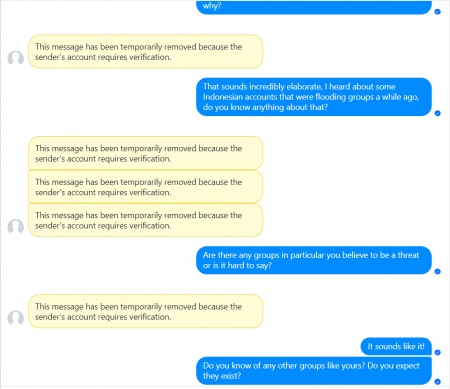 Though interventions from Facebook are disruptive, Davram is far more concerned with Alt-Right trolls:

'A common tactic would be for someone to join a group they politically are opposed to, with an alt [fake] account.'

Sometimes infiltrating groups can take years. Trolls will use “aged accounts” that appear real and build trust until an admin position becomes available.

'They get the admin spot then immediately ban and block all the other admins and take over the group. All the while they are in the group getting people's info.'

Known in the online community as "doxing", this can then be used to harass members and publish their private information. Sometimes these groups have thousands of members.

The internet thrives on anonymity. It can be used to defend oneself — as in the case of Davram or Pink. And to attack others — as in the case of trolls. This anonymity makes it difficult to humanise those who operate them. Hooded figures in dark rooms are a common trope.

Members of this group have studied data security and law. Some have set up abortion funds. They’re real people, affected by what could be real laws, with real consequences.

“Ideally I’ll be doing this until everyone can get the help they need, no matter the law.”

Note: names of Facebook group admins have been altered for anonymity.

17 December 2020, 11:00am The Indonesian Government is making an effort to encourage drivers to go electric ...