As part of a dedicated process, the Andrews Government listened to the lived experience of people who have survived these putative ministries, consulted widely with stakeholders and the ethical responsibility for Governments to protect their citizens. Section 3(1)(c) of the Act stipulates:

'The objects of this Act are ... to ensure that all people, regardless of sexual orientation or gender identity, feel welcome and valued in Victoria and are able to live authentically and with pride.'

This new law is very particular not only to prohibit "SOGICE" (sexual orientation gender identity change efforts), but it adds penalties of fines or imprisonment.

These sanctions are not for praying as some would have us believe, but for causing actual harm to people.

We have known for a very long time that sexual orientation cannot be changed nor can gender identity. Efforts to attempt change can result in serious psychological impairment, including major depressive disorder, post-traumatic stress disorder, the destruction of self-worth and suicidality. 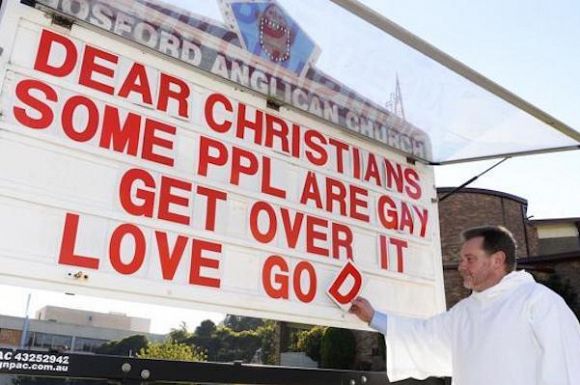 It comes with little surprise that the usual suspects, the religious right opposes the new law. This includes Christian Schools Australia and strict evangelical and pentecostal churches, many of whom outed themselves as LGBTQ unfriendly in The Herald Sun, paid for by the tax-free charity, the Australian Christian Lobby (ACL).

But just as in 2017 with the odious marriage equality postal survey, many Christian people of faith did not support their position, and the Uniting Church’s Uniting LGBTIQ Network openly supported the law.

Since the vote, there has been a "call to arms" by the religious right. Martyn Iles, Managing Director of ACL said he’s prepared to go to gaol along with “half the Christians of Victoria”.

Shelton believes that we are living:

'... at a time when truth has been exchanged for lies ... It is time now to prepare ourselves and our children for hard times. The book [Dreher’s] is a warning bell clanging loudly. Sadly, it is a sound heard in few churches and people seeking to live authentic Christian lives are presently unprepared for what is to come.'

All this, because an Australian Government had the temerity to call out these "traditional" practices and declare that harm against LGBTIQ persons is unacceptable.

The religious right uses antiquated theology that is unscientific and out of step with much of the Christian Church to incite defensiveness and outrage in parents. Most parents today respond well when a child comes out. But some, many who themselves were brought up in homophobic or religious households in a different time, struggle.

Some may dangerously believe that "therapy" or "ministry" to change their child is the best thing. 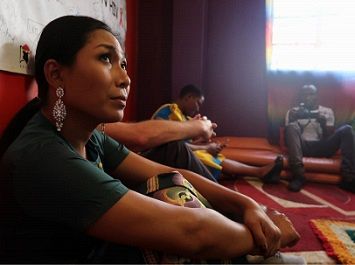 Will the UN ‘leave no one behind’ and improve LGBTI health and well-being?

A new report illustrates how the UN Sustainable Development Goals can ensure healthy lives and promote well-being for all, including LGBTIQ people.

However, the morality of the parents is not the point in question here. It is the safety of the children that is the point. When the religious right mischaracterises the situation, we should say so.

In fact, this new law protects our kids from harmful, brainwashing techniques that do immense damage. I went through them myself when I was a young gay person. It traumatised me emotionally, relationally, sexually and even spiritually for decades.

I had two episodes of suicidality due to the massive cognitive dissonance between an ineradicable sexual orientation and a Christian message that told me that I was sinful, I had to repent, that I had to go through exorcism from demons and that I had to remain alone for life or marry a woman.

As a clinician, I often see young transgender people who absolutely know the truth of their identity. As a counselling psychologist, I work hard to assist my clients in a caring, compassionate way. Bound by our Code of Ethics, I explore with my LGBTIQ young clients their whole story carefully, slowly, systematically and kindly.

When I look at the love and concern on the faces of their parents, who only want what’s best, I am comforted that society has moved on from the homophobic and transphobic times of my youth and know that parents, family, friends, doctors, schools and professionals can support our young people in their journey. No one gets manipulated let alone forced to do anything.

I am a strong believer in the separation of church and state, a secular state where no religion is official and all Australians can be people of faith or no faith. In such a society, religious practice can be at its best. 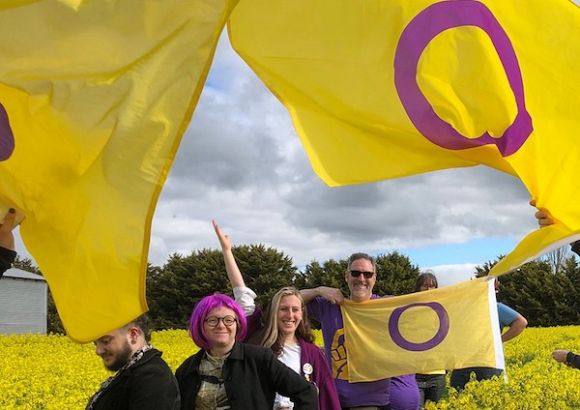 While many of us recognise the “I” in LGBTI+, it seems fewer know what being intersex actually means.

But there are also times when the state should step in and override religious sensibilities. And the test for such a threshold is harm.

An obvious example is that of female circumcision. The State of Victoria does not allow it. It is illegal. In 1987, when Victorian police raided a Lake Eildon property and removed the children from The Family cult, that was absolutely the right thing to do. The Family and traditional Christianity are distinguishable. but the same principle applies: in a country like Australia, adults are free to think or believe whatever they want. But they are not permitted to harm kids.

The new Victorian law works in much the same way. The State, acting as a public good, now protects young people as well as vulnerable adults from practices that have long been abandoned in clinical therapy.

The law is now in accord with modern psychological science that LGBTIQ people are not broken, nor do we need fixing or healing and that efforts to change us actually cause serious and lasting damage.

The misinformation of the religious right around this law is baseless hyperbole. Young people and vulnerable older adults deserve to live in a society that is safe and that values them, a society that ensures they are free from abuse.