SUBSCRIBE   DONATE LOGIN SHOP
SUBSCRIBE   DONATE
How we prevented a Morrison dictatorship
How Howard screwed the Libs
U.S. site tries to ruin what makes fairy bread great
Bloody Idiot of the Week — Episode 28: Get used to it
Morrison's 'politics of retribution'
Education News

Our universities are shrinking the number of courses available and increasing the cost of some degrees to save money. It's counterintuitive during a pandemic, writes Eleanor Beidatsch.

IN THIS ERA of climate uncertainty and a global pandemic, education is an essential tool for finding solutions. Unfortunately, universities across Australia are cutting their courses and reducing teaching positions in an effort to save money.

Over the last year, Australia’s top academic institutions have been shrinking the number of courses available and increasing the costs of specific degrees. But in July of this year, Western Australia’s most esteemed university – the University of Western Australia (UWA) –announced its intention to remove the majors of anthropology and social sciences from its curriculum.

This decision to cut the arts majors was presented as a solution to financial difficulties faced by the university after the economic impact of COVID-19. 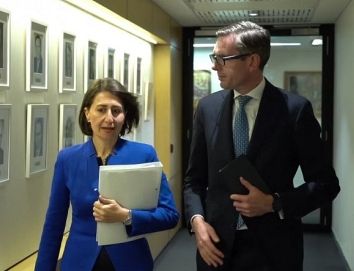 Cuts to the arts will devastate the sector, writes Leya Reid.

“In particular UWA has been a lot less affected than other universities in Australia because our exposure to international students is much less. The cuts have been justified as having to address the structural deficit."

The decision to cut the arts at UWA was presented by Vice-Chancellor Amit Chakma and justified based on a statistical analysis that showed enrolments had dropped by 77%.

But Acciaioli says these statistics weren’t accurate and when questioned by staff, Chakma admitted there was an error in the testing but refused to release the original data. (Chakma was contacted for comment for this article but did not respond.)

Acciaioli says the statistics didn’t seem to take into account the enrolments from this year and a rebuttal to the proposal posted on the Save the Social Sciences UWA website showed an 8% drop in enrolments instead. 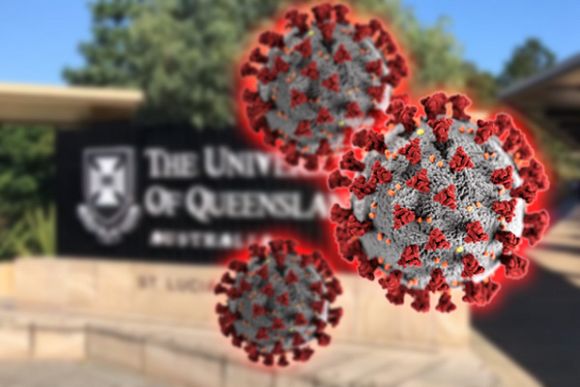 As Australia adapts to the COVID-19 pandemic, major consequences are being felt in the tertiary education sector.

“The difference between a 77% drop and an 8% is pretty substantial. No one is saying there hasn’t been a drop... but if you take into account enrolments this year beginning 2021, it’s a climb back.”

Not only are the arts two of UWA’s most respected majors, but they are also the only subjects where students learn holistically about other cultures, the impact of climate change on society and skills needed in international relations. Students currently studying social sciences at UWA are being encouraged to change majors part way through their degree. People looking to start a course will have to attend another institution to learn about society and culture.

“They say just change your major to 'indigenous knowledge heritage and history'. I’m already doing that and it’s very different to anthropology.”

Lee is doing a double major at UWA and is concerned that if the course cuts go through, there won’t be enough lectures at the institution to teach the necessary subjects.

“I’m in a sticky situation because I am a part-time student. I just feel like, why am I putting myself in more debt for education that is not what I was promised?”

The social sciences are just the beginning for UWA, there are eight more disciplines being considered for course cuts.

Lee says this situation has already happened to another student studying anthropology and gender studies together at UWA, both of which are now in the university’s economic sights.

UWA may be targeting two of their oldest and most acclaimed degrees, but they are not the first Australian institution to slash the curriculum for what is supposedly "financial stability". In 2020, Macquarie University in Sydney finally removed earth and planetary sciences from the majors' list and reduced the number of teaching positions from 22 to two.

The changes go back a number of years now. About ten years ago we were successful in getting a centre of excellence in our department — we were the best in the country, we were bringing in the most income. Then in 2015 – coincident with probably a regime change in vice chancellorship – there were a number of appointments made from the university, parachuting people into positions of management. We had a head-of-department search and we had someone put in above us.

Earth sciences are important to the Australian economy and environment, but there aren’t many universities that teach them.

What followed at Macquarie were changes to travel insurance for research and what O’Neill describes as “provocation”, which resulted in many staff taking retirement, moving on, or outright leaving the university. When a new dean of faculty was appointed and decided to merge earth and environmental sciences, it caused a further loss of jobs.

“We lost staff. A few who saw it coming took retirement before that. From a department of 22 staff before all this occurring, we were suddenly down to mid-teens.”

The final blow came with COVID-19, which hit at the same time as a drop in enrolments and the appointment of another dean, who cancelled the majors of geology and geophysics at Macquarie altogether.

“All our units contributing to those majors were cancelled. We were told to teach out what we needed to, but they were gone. The writing was on the wall — the dean cancelled all the teaching. It was a very small step to making all the staff redundant.”

But the fight is not over — at least for UWA. Lee and her fellow students have been tirelessly protesting the course cuts. They have created a Facebook page, two petitions, flyers, signs and written letters to the media and university administrators.

Lee says the petitions have received over 5,000 signatures. At the first protest, they had received outstanding support from teaching staff and other students from UWA and other institutions, as well as members of the Greens political party.

“There was this energy from everyone, like, everyone could see how undemocratic the whole thing was, it’s outrageous. It’s just one of those things that shows what’s happening everywhere at the moment.”

Despite the unified approach, Lee feels university administrators have already made up their minds:

Eleanor Beidatsch is a student at UWA but is not studying any of the subjects being considered for course cuts.

Eleanor Beidatsch is a disability and environmental rights activist and a science journalist.