After Prof. Paddy Dewan reported scores of faults in the quality of care by a Victorian hospital, the medical establishment decided to "get him" — and it looks like they have now succeeded. Here, he tells his story. 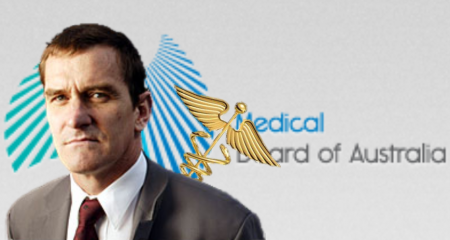 In 1865, Ignaz Semmelweis, a Hungarian obstetrician died in an insane asylum, having gone mad trying to convince the medical profession that they should wash their hands before delivering babies.

Nothing seems to have changed in almost 150 years; in particular, there has been no improvement in accountability of health administrators, and no accountability for those policing the quality agenda.

Enter the story of the vilification of Professor Paddy Dewan. So concerning are the events I have endured over almost a decade that there should be an investigation of the medical board of Australia and urgent changes to the adversarial review of adverse events and patient complaints.

The bullying culture within healthcare also needs a sensitive review, particularly the behaviours that impact on, and are generated by, surgeons.

Let me give you the background to my assertions, firstly noting that the Australian Medical Board, through VACT, is likely to remove my registration on 5th October 2012. And I trust the story ends with the natural justice outcome of my reinstatement to the Royal Children’s Hospital in Melbourne.

After training in medicine and surgery in Australia, New Zealand and Europe, then working as a paediatric urologist in Adelaide up until 1996, I moved back to Melbourne as a paediatric surgeon whilst heading towards achieving my fourth post-graduate degree.

But, in August 2003, my position at Royal Children's Hospital in Melbourne was terminated after a review of my concerns about 26 cases. The main reason was, more likely, because of my complaints about being harassed, such as by the unexplained reduction in my remuneration and verbal threats, such as:


“I don’t believe your research because you thought of it”.

The “best” I heard was while sitting in a room of three supposedly intelligent people, and the divisional director saying to the gathering of five people:

Yes, I was one of the five expected to hear the comment.

They had tried to force a change of contract that would have curtailed my work (during my leave entitlement) to volunteer in developing countries (www.kindcutsforkids.net).

Julia Medew, in 2011, in Melbourne’s The Age newspaper, reported on the continued lack of adverse event reporting at the Royal Children’s in Melbourne:


CATASTROPHIC medical errors are going unreported at the Royal Children's Hospital, according to research by doctors, who have called for more measures to prevent them.

Two doctors from the hospital, Reshma Silas and James Tibballs, reported in the journal Quality and Safety in Health Care, that a systematic review of intensive care unit staff and their management of patients picked up hundreds of adverse events, including many that were not detected by the hospital's voluntary reporting system.

Professor Tibballs, a senior intensive care specialist, said the research suggested an ''epidemic of adverse events'' in hospitals that the medical community and broader population knew little about.

In 176 days of research, the pair found 405 adverse events in 165 patients at Royal Children's Hospital, with 28 per cent classified as major - an error requiring a significant medical intervention - or catastrophic, defined as an error leading to permanent disability or death. Catastrophic outcomes were found in 12 cases - 3 per cent of the 405 events. It is not known if any children died, although the researchers said one case was the subject of legal action.

In contrast, when the researchers looked at adverse events reported through the hospital's voluntary reporting scheme over the same period, they found 166 events in 100 patients, with the vast majority of reports rated insignificant or minor. Seven per cent were considered moderate, meaning the event led to increased hospitalisation, and 2 per cent were major events, leading to significant medical intervention. No catastrophic events were reported.

The Royal Children’s managed the problem badly. Two Hospital Board members were assigned to review my concerns, neither appropriate in terms of medical nor workplace relations skills — one being a lawyer and the other a physiologist.  But, of course, the process was designed to be able to claim “due process”, not to find the truth. There was no information on who was interviewed or what was said. The public statement I made subsequently was motivated by the death of a renal transplant patient that was covered up; in fact the surgeon involved had threatened me. These events had followed a number of episodes of decisions about staffing and patient care that were far from patient-centric — some dangerous.

I spoke to the coroner at a College of Surgeons meeting, who indicated that the death of the transplant girl had not been reported in a manner consistent with my concerns, which resulted in a coronial investigation. However, despite the investigation being misguided initially, then assisted by my input, the coroner did not appropriately consider the submissions pertaining to the early part of the girl’s surgery — that is, the steps before the kidney was put in place. The pre-transplant steps were, in fact, the progenitors of the death, and, despite having communication with the coroner’s staff on many occasions, I was prevented from giving evidence at the hearing. The surgeon responsible for the initiating of the cascade of events in that girl is the surgeon who has had 25 of his cases reported to the medical board in August 2004, and many since.

In 2006, a case against mewas referred to the Medical Board of Victoria by an administrator from the Western Network in the West of Melbourne following a letter received from Dr Michael Harari, a paediatrician — who had not examined the children prior to declaring irretrievable harm, which has not occurred. Under oath, the parents of the boy did accept that they had been shown material on a laptop, accepted they had been drawn pictures on a whiteboard, but still declared that I had not told them anything.  Their evidence has now been accepted by two VCAT panels. Also, the mother states that she was not in my consulting rooms on 22nd December 2003, as I had dated the consent form (which is my usual practice). However, she also signed a Medicare form with the same date, and her two boys were photographed for an AGE newspaper article that was published the next day. VCAT has chosen to ignore these facts. The mother claims she signed a blank consent!

The Western Network, in a cynical move, used the Harari letter to justify suspension of the paediatric surgical roster, resulting in nearly 80 patients per 6 months being transferred from the Western suburbs, Sunshine Hospital, to the Royal Children's from April 2006. Not surprisingly, the organisation ended the Professor Dewan contract in early 2009, but not before a "Peer Review" with terms of reference that failed to look at my complaints of harassment by administrative staff, including late cancellation of leave, unreasonable restrictions, verbal abuse and denial of access to staff and equipment.

Further details that pertain to the case against me, then I will switch to the principles.

Hugh Martin, a paediatric surgeon from Sydney, gave evidence against me in both VCAT hearings. Two letters were written to him about adverse comments he made on another matter prior to being asked and agreeing with the medical board of Australia to give evidence against me. Hugh Martin has refused to substantiate the adverse comments he made before July 2009, arrogantly stating, “I am in receipt of your communication”.  On neither occasion did the medical board legal team dismiss him as a prejudiced witness and on neither occasion did the VCAT panel comment on the unprofessional behaviour prior to giving false evidence, which included interpreting an abdominal x-ray that he had placed on the screen the wrong way around.

And, not before time, the media has stopped trying to shoot the messenger and started to tell some of the truth:


In 1865, Ignaz Semmelweis may have been murdered, rather than his advances being heeded, along with his concerns that doctors were effectively killing postpartum woman. Roll forward to  2011, when Emil Popovic, a neurosurgeon took his own life in Perth, Western Australia, after he suffered years of torment by a vexatious, vindictive nasty medical environment. Put simply, the medical community should get rid of the adversarial review of complaints and should have far superior accountability processes for medical administrators and our medical “police”. We should start from the top and investigate the Australian Medical Board and, as in all corporate disasters, sack the chair.