With only five rounds to go before AFL finals, chances to make it into the coveted top eight are narrowing for teams who may have left their run too late, writes Ronny Lerner.

AS COVID-19 continues to wreak havoc upon the AFL fixture, perhaps the one thing less certain than who your team is going to play from week to week is what the top eight will look like at the end of the season.

It was only about a month ago when we heard numerous footy experts declare that the top eight was a closed shop and that its members had already been confirmed.

But even earlier than that, this writer in this very column warned against making such bold declarations with so many games still to be played out — and that caution has proven to be justified.

For instance, who could have foreseen Richmond’s spectacular free fall down the ladder in the past month? Granted, they were finally able to open up their parachute last round with an upset win over Brisbane Lions, but it might have been deployed too late, especially now with superstar Dustin Martin ruled out for the rest of the year due to a serious kidney injury.

While dreams of a “three-peat” of premierships are all but over, Richmond does still remain in the hunt for a finals berth.

I must admit I have been a supporter of the idea of a “wildcard weekend” immediately before finals, that sees seventh play tenth and eighth play ninth for the final two top-eight spots. 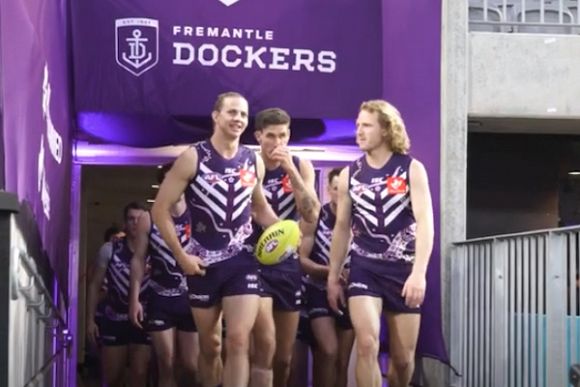 It might look like something of a closed shop, but we need only look at recent AFL history to know that several teams are still well in the hunt to make finals.

But given how tight the finals race still is this year with only five rounds to go – just two games separate seventh and 13th on the ladder – the need to artificially make the season more alive for more teams for longer just isn’t there. The competition is organically taking care of that supposed issue all on its own.

So, as we head down the home stretch of one of the most even AFL seasons in recent memory, it’s an opportune time to assess each team’s chances of qualifying for finals (fixture uncertainty notwithstanding).

(In order of ladder position)

Like Richmond Tigers, the Eagles managed to stop the bleeding on the weekend with a crucial seven-goal win over Adelaide Crows. However, their form line prior to that clash was alarming, losing three games in a row, including two thrashings from top-four contenders the Western Bulldogs and Sydney, and a humiliating defeat at home to bottom-placed North Melbourne.

They’re far from finals certainties, but with nine wins in the bank, three more meetings with bottom-ten sides, another three games in Perth and almost a full list to choose from, West Coast are well-placed.

What an incredible year these Bombers have put together so far. Widely regarded as a bottom-four team before the season started, Ben Rutten’s men have defied expectations to sit inside the top eight with just five games to go. It’s fair to say not many people saw that happening in March!

The good news for them is that their destiny is in their own hands. Eighth spot is theirs to lose. But with only eight wins still next to their name, the Bombers will most probably require four more victories to sew up a finals berth — that means beating either Sydney or the Bulldogs at a minimum, which won’t be easy.

The Tigers aren’t familiar with these surroundings at this time of year, but to their credit, they’re hanging in there after bringing a spectacular four-game losing streak – which included defeats to lowly Gold Coast Suns and Collingwood – to a halt.

But just as things started looking slightly rosy for them on Friday night, they copped yet another serious injury — this time to the talismanic Martin. Their injury list already featured most of their starting backline in Noah Balta (ankle), Nathan Broad (ankle), Bachar Houli (ankle) and Nick Vlastuin (knee) as well as important midfielder Dion Prestia (hamstring). It now contains Kamdyn McIntosh (hamstring). The run home on paper isn’t overly challenging, but it would take a mighty effort for the Tigers to win four of their last five, especially with the red-hot Geelong Cats next up.

The Dockers shot themselves in the foot against Carlton in round 16. It was a game they really should've won, but horrendous goal-kicking cost them. So, instead of sitting in the top eight right now, they find themselves a couple of spots, a win and plenty of percentage on the outer.

They too need four more wins to give themselves a red-hot chance of qualifying for September action, but with engagements against top-eight sides Sydney Swans, Brisbane and West Coast to come, it’s not looking likely, especially as they’ve only beaten one such side this year – the Swans – by just two points.

Champion skipper Nat Fyfe battling his way through the rest of the season with a clearly compromised shoulder that will require post-season surgery isn’t helping their cause either.

Like Fremantle, the Saints will look back on a recent loss as probably the precise moment that cost them a finals spot. They headed into Saturday’s game with Port Adelaide full of momentum on the back of three consecutive wins — their best form for the year. But despite the Power being ravaged by injuries, the Saints couldn’t find a way past them.

The result took a lot of the air out of St Kilda’s sails, but in truth, they were the authors of their own demise well before Round 18. They started the year with a shocking 5-8 record, including four smashings that have badly damaged their percentage. As a result, Brett Ratten’s side would almost certainly have to win each of their final five games and with encounters against the Eagles, Swans and Cats still to come, that is looking highly unlikely.

The Giants have been one of the most enigmatic sides of the season. Capable of beating teams like Melbourne and Sydney, but also losing to sides like Gold Coast and Hawthorn and drawing with North Melbourne Kangaroos.

Season 2021 will definitely go down as a "what if" year for coach Leon Cameron and his men, who suffered the ultimate insult on the weekend, losing to arch-rivals Sydney after blowing a six-goal lead. It was a result that just about served as the final nail in Greater Western Sydney’s coffin and while they are still a chance to finish in the top eight, it’s hard to see them beating Port Adelaide Power or the Cats. And when you have such little margin for error like GWS does, that spells a bottom-ten finish.

The Blues have certainly given their under-fire coach David Teague some much-needed breathing space in recent weeks, with three wins from their last four games — however, they have almost certainly left their run too late.

Carlton has no choice but to win its final five games if it is any chance of capturing an unlikely finals spot. And while it’s not exactly the most difficult run home, the team does have to face the Power at Adelaide Oval. That match looms as the most pivotal of Carlton's last five. Given it is 1-7 against top-eight sides (that one win coming against the Bombers who have only just entered the top eight), Carlton's chances of beating Port Adelaide aren’t great — therefore, neither are their finals chances.

21 May 2021, 11:00am It might look like something of a closed shop, but we need only look at recent AFL ...
Join the conversation
comments powered by Disqus
News updates