DOYLE, A BARRISTER with specialities in industrial, employment and discrimination law, public law and class actions, exposes the endemic nature of sexual harassment within the legal profession. The book opens with the explosive 2020 allegations made against former justice Dyson Heydon AC QC who was accused of inappropriate and predatory conduct against six former associates.

Summing up the matter, Doyle called the response to the allegations made by Chief Justice Susan Kiefel as quick, strong and explicit. ‘This is a matter of shame’, writes Doyle, ‘it requires an apology and calls for changes to be made’. While all aspects are important, Power and Consent is focused on the latter aspect of the Chief Justice’s message: change.

The law is a strange beast. The legal profession’s "culture of silence" on such matters and the law’s hierarchical nature have let sexual harassment flourish. So too the non-disclosure agreements and confidentiality clauses in settlements have sometimes prevented transparency, change and dialogue. 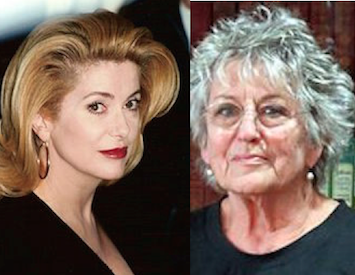 Deneuve, Greer and why #MeToo is not a 'witch-hunt'

There would be no need for a #MeToo campaign if the justice system was adequately equipped to handle sexual crimes without victim blaming.

Doyle wants to bring sexual harassment within the law out into the light in order to allow victims proper redress and for their more senior colleagues and managers to be compelled to report such instances.

Doyle found herself conflicted as ‘a senior member of a profession whose members are required to uphold the law, yet it is a profession in which sexual harassment continues, despite having been unlawful for over thirty years’.

‘... is not merely some anonymous “leader of the profession". The Heydon story was a painful confirmation that sexual harassment exists in our professional at the highest level.’

Doyle dedicates her book to the harassers in the hope that change will come from within the legal profession. Doyle, given the existence of widespread sexual harassment, ‘decided it was time to speak directly to the "men who still don’t get it"’.

Power and Consent ultimately flips the handling of allegations on its head. Doyle argues that instead of being victim-focused, the response to sexual harassment must be perpetrator-focused. Previous responses, of which there have been many, include written reports and numerous internal training seminars. All place victims at the centre of decision-making processes.

The status quo has been to "preach to the converted", not directed at men who need to stop harassing. As Doyle says, those who attend the seminars on sexual harassment and those who read reports on the same are not those ‘who need training in how not to sexually harass. The harassers aren’t at the seminars’.

To put the central thesis of the book simply: the harassers haven’t listened and still aren’t listening. 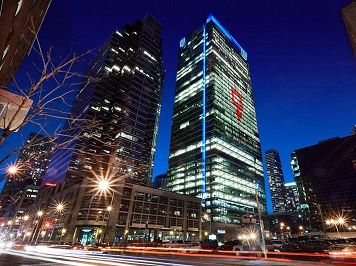 Every day should be International Women's Day: Hear that, First World?

The theme of this year's United Nations International Women's Day is 'Leave no woman behind' — so why are so many women still being left behind? Contributing editor-at-large Tess Lawrence reflects.

This small book’s revelations are both shocking and revealing. While it is largely addressed at perpetrators, it also provides advice to those millennials who have turned to social media to "out" predators. While the Dyson case was widely referred to as the legal profession’s "Me Too" movement, Doyle largely rejects this view.

Doyle suggests that, although important, the "Me Too" movement has been problematic and, at times, unsophisticated and its methods are of little use to the change that must come within the legal profession. Yet, she implores proponents of "Me Too" to work within the professions to create "something new".

The Heydon case was settled in February 2022, after the publication of Doyle’s book.

‘The claim was the first time … [such a historic]settlement had been reached for sexual harassment claims under the Sex Discrimination Act arising from findings against a serving federal judge’.

‘A cultural revolution is underway in the courts, law societies, barristers’ associations and law firms.’

Designed to be read in one sitting, Doyle’s exploration is, at times, wordy. Yet it is also rigorous, assessable and engaging and, perhaps most importantly, is largely free of legalese. Consent and Power shows why change is needed and how change is possible.

From the outset Doyle makes it clear that sexual harassment is, of course, far from confined to the legal profession, it is commonplace in all industries. Beyond the law, Doyle’s Power and Consent carries an important message and offers solutions to deal with sexual harassment allegations in the real world.

Consent and Power probably preaches to the converted. But it does much more. It is a strident wake-up call for harassers, their facilitators and those who remain silent.

Power and Consent is available for purchase through Monash University Publishing.