One Nation and the rise of fascism

Like Hitler, One Nation employs conspiracy theories to create divisions and fuel the rise of fascism in Australia, says John Passant.

BACK IN 1998, I wrote an article for the Canberra Times arguing that One Nation was an organisation that had the potential to become fascist.

I argued that because its base was small business and workers in less unionised regional and rural areas, One Nation had the potential to become a classic fascist movement supported by an economically distressed middle class and organised gangs from the "lower" classes.

We see those developments again in Australia with Reclaim [White] Australia, at least, supportive of One Nation and its ideas, while at the same time, Hanson’s Parliamentary representatives mostly appearing to be small business people rocked by years of market pressures.

With Hitler, the "othering" of Jews was an important glue to bind together his forces and supporters before and after he came to power. Yet the main target of his first concentration camps was the left. It was Communists, social democrats and unionists he locked up. In the case of the Communists, this was in the first week of coming to power. The Nazis began locking up the social democrats a little later.

The Great Depression saw major sections of the German ruling class turn to Hitler as the only way to restore their profit rates. Cutting real wages by 50% was one way of doing this. Hitler could only manage that by imprisoning the organised leadership of the working class. He went from being the hero of the middle class to the saviour of the ruling class.

Anti-Semitism was the deadly alternative Hitler offered to distract workers from the reality of capitalism. Jews were the scapegoat for capitalist immiseration. 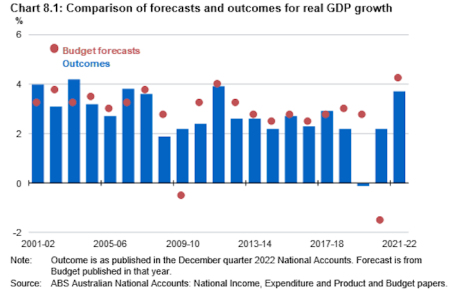 Hanson too employs conspiracy theories about the "other".

20 years ago, her racist attacks were on Asians. She "warned" us then that "Australia [was] in danger of being swamped by Asians". She is still warning us about being swamped — although this time it is Muslims who are supposedly doing it. The specific target has changed while the general targeting remains.

She has fertile ground in which to work, tilled by the politicians of the ruling class over the last three decades or so — such as Labor and Liberal policies on refugees and asylum seekers, or John Howard on Asians, or foreign workers, or Aboriginal people (stolen children, the Northern Territory Intervention) … on and on the list goes.

‘Watering down protections against racist hate speech on Harmony Day sends an unmistakable message to both bigots and the persecuted.’

Two days later, almost as if she had been inspired by the "free speech" clamour of Turnbull et al, Pauline Hanson weighed in:

‘Islam is a disease; we need to vaccinate ourselves against that.’

What is one way to vaccinate yourself from diseases? Isolate those who carry the diseases. Set up leper colonies. So it should come as no surprise that Hanson gave concrete expression to her Islam disease comments a day later, when she went even further and, using the pretext of the recent terrorist attack in London, called for a Muslim ban.

Let that sink in. One of Australia’s most media reported politicians wants to ban Muslims. It appears Hanson wants to not only stop entry for Muslims, but presumably to deal in some unnamed way with Muslims currently living here — all 500,000 of them.

That’s right. Muslims make up just 2.2% of the Australian population. So much for being swamped. But why let facts get in the way of inciting hatred and reaction?

As a useful comparison, in the June 1933 Census in Germany, Jews made up a small proportion of the German population too, with 505,000 of them — or about 0.75% of the population.

Hanson’s call to ban Muslims may well be popular. A poll in 2016 showed 49% of Australians supported a Muslim ban. On the back of yet another terrorist attack in London, it might gain more support, especially if there is no radical left reaching large numbers of workers to explain that the biggest terrorists sit in Washington, London and Canberra.

For example, at the same time a radicalised English black person killed four people in London, U.S. bombs were killing hundreds in Syria and the Western (including Australian) supplied Saudi war criminals were killing innocent Yemenis.

The mainstream media have ignored this terrorism. Yet it is this type of U.S. bombing that has spawned individual terrorism in the West. George W. Bush’s invasion of Iraq and the death of over a million Iraqi non-combatants spawned ISIS.

Islamophobia is a modern day version of anti-Semitism. One Nation already has a major conspiracy theorist in its ranks: Senator Malcolm Roberts.

As Josh Taylor said in Crikey:

‘New One Nation Senator Malcolm Roberts covers all the bases: the conspiracy of the United Nations, climate change is a hoax, and of course, the Jews.‘

Malcolm Roberts: the One Nation climate denier too out there for Andrew Bolt https://t.co/vggpq7OwZX

The anti-Semitism is wrapped in discussions about an "international banking conspiracy".

Even Andrew Bolt saw through that.

Talk of banning Muslims, and vaccinating society against Islam, reflects and amplifies the fear of the other that has been a constant part of Australian capitalism since the "indigenocide" began in 1788.

‘… used a dual strategy of participating in democratic politics while also organising terror gangs on the ground against the left.’

Fascism’s role is to destroy democracy to defeat revolution (Mussolini) or to restore profit rates (Hitler). That means, first and foremost, smashing the working class’ political and industrial expressions, their parties and unions.

One Nation is not in that group — not yet anyway.

The disparate elements of fascism exist in Australia today. The wannabe terror gangs; the respectable parties of reaction, such as One Nation; small business angst; a periphery of angry working class and lumpen elements; a looming economic crisis, in Australia and globally; and a small radical left that will be unable to challenge the fascists in any way if their support grows rapidly.

These developments give life to a potentiality — a potentiality for the seeds of fascism to blossom and grow. The call to ban Muslims is but a further step in that direction.

Our task then must be to fight every expression of othering, whether it be racism, Islamophobia, locking up asylum seekers and refugees in concentration camps, or the ongoing indigenocide against Australia's Indigenous population. It means uniting, too, to fight the economic attacks on workers and the poor, which help fuel underlying anger with the current crop of neoliberal politicians and might make supposed outsiders like Hanson more attractive to more people.

Votes for One Nation? Fascism in 1930's. This extremist group would tear Aust apart. A small minded party with no concept of global issues