THE AMERICAN Veterinary Medical Association (AVMA) is holding its annual convention in Philadelphia starting on July 29.

This is an opportunity for the group to formulate a policy statement opposing a method of killing farmed animals that epitomises the inhumane treatment of millions of birds on factory farms. The method, known as “ventilation shutdown plus" (VSD+), has become the main practice employed by the poultry and egg industries to address avian influenza outbreaks among chronically stressed and disease-prone birds.

This method 'requires farmers to cut off airflow and heat their barns to 104 degrees Fahrenheit until the animals die from heatstroke', states an article in Sentient Media. The “plus” means that, in addition to shutting down the ventilation system during VSD+, the barns are also exposed to extreme heat, humidity, and carbon dioxide (CO2) to suffocate the animals and bake them alive.

Highly pathogenic avian influenza is a recurring phenomenon in the poultry and egg industries. The current outbreak in the U.S., which began in February, has antecedents in 2015, 2006, and 2003. Low pathogenic avian flu outbreaks in chicken and turkey flocks are routine events involving the mass culling of millions of birds. 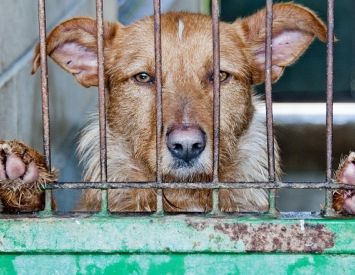 Animals shouldn't be looked upon only as food. They are living, breathing beings that deserve more.

On 21 July, the U.S. Department of Agriculture’s (USDA) Animal and Plant Health Inspection Service reported that since February, 40 million birds from 391 flocks in 37 states have had the highly pathogenic H5N1 virus. Taxpayers fund the killing of these infected birds through USDA indemnity programs like the Commodity Credit Corporation.

Understandably, most people do not envision the slaughter of thousands of birds dying together in a single facility from suffocation and heat stroke. The occasional glimpse of a truckload of dead chickens on their way to burial or a rendering plant seldom registers unless we are poultry workers, animal advocates, or investigators at an affected farm site.

This year, two separate investigations exposed the gruesome process of VSD+ and its effect on individual birds subjected to the method.

In April, the animal advocacy group Direct Action Everywhere released an investigative video showing the killing of 5 million caged hens by ventilation shutdown at Rembrandt Farms in Iowa following an outbreak of avian influenza there. Investigators found hens “being literally roasted alive — still in their cages, running loose in the facility’s industrial sheds, even buried alive".

Also in April, the advocacy group Animal Outlook released a video based on 10 hours of footage taken by researchers at North Carolina State University of a 2016 experiment funded by the U.S. Poultry and Egg Association to study the effects of VSD+ on chickens. The footage shows hens enclosed individually in ventilation shutdown boxes with windows to observe each hen as she died. Animal Outlook attorney, Will Lowrey, who obtained the footage through public records requests, said the suffering of the hens in the boxes was 'extremely profound', according to an article in The Intercept.

These revelations have swelled the number of veterinarians and animal welfare groups urging the AVMA to stop condoning ventilation shutdown, in keeping with the Veterinarian’s Oath from AVMA’s website, to protect animal health and welfare, prevent and relieve animal suffering, and uphold the principles of veterinary medical ethics.

So far, the AVMA has equivocated by condoning the use of VSD+ “in constrained circumstances,” effectively abandoning the birds to commercial expediency. Many chickens, turkeys, and ducks have died of the avian flu virus on factory farms; millions more have been killed without evidence of infection.

Although the AVMA cannot mandate or prohibit any method for exterminating farmed animals, the AVMA’s recommendation against a particular procedure carries industry weight. The AVMA has a moral responsibility toward these trapped and helpless animals, and this responsibility should transcend an accommodation of commercial priorities. 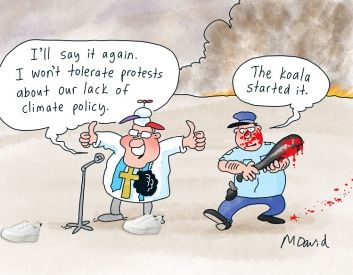 With guaranteed government indemnities to the industries added to the AVMA’s current approval of VSD+, poultry and egg producers and their trade groups have no incentive to mitigate the squalor and debilitate breeding practices that enable flu viruses to spread among the thousands of birds crammed together in the mammoth industrialised sheds.

In 'Prevention of avian influenza at its animal source', the World Organisation for Animal Health observes that 'good hygiene practices are essential to prevent avian influenza outbreaks, because of the resistance of the virus in the environment and its highly contagious nature'.

In reality, industrialised animal farms cannot, by their very nature, be hygienic, although hygienic practices could be vastly improved. As of now, avian influenza epidemics are built into the heavily subsidised poultry industry with no accountability. These epidemics will continue if no action is taken, especially by the organization that has sworn to protect animals from preventable suffering.

Karen Davis is the president and founder of United Poultry Concerns, a nonprofit organization that promotes the compassionate and respectful treatment of domestic fowl including a sanctuary for chickens in Virginia.

This article was produced by Earth | Food | Life, a project of the Independent Media Institute and it is republished with permission

30 July 2022, 12:00pm Veterinarians have an opportunity to uphold medical ethics — and give the nati ...
Join the conversation
comments powered by Disqus
News updates