More than just a game: How computer cheating is killing chess

These days, computer chess programs are much better than even the very best of the human players, making it all too tempting to cheat. Michael Baron reports.

Today, we can hardly imagine our lives without fancy apps and gadgets. No matter what we are up to in life, work or study, technology can brighten up our days. Unfortunately, some of the techno-developments are turning out to be rather destructive. For the majority of the chess fans, it is just an exciting game to play as a hobby. However, for some professional chess players, it is much more than just a game.

When the first chess-playing programs were written, they received a warm welcome from the chess playing community. Playing chess against computers quickly became an enjoyable form of entertainment. What made it even more enjoyable was that, initially, even the best of the chess playing computer programs were not good enough to compete against strong chess players. The big turning point came in the year 1997, when Garry Kasparov, the World Chess Champion played a six game match against Deep Blue, the IBM-created chess supercomputer and, surprisingly, lost.

Twenty years on, computer chess programs are much better than even the very best of the human players by a mile. To find an ‘’unbeatable’’ opponent to play against, one does not need a supercomputer or highly sophisticated chess program. Trivial widgets from the Apple Store are competent enough to beat us every time. This makes chess apps great chess teachers to learn from, but has also been leading to a brand new problem that is now threatening existence of chess as a professional sport — namely, computer cheating.

Professional chess players earn their living by competing in tournaments with prize money on offer. Therefore, their financial well-being and chess rating are directly dependent on their results. Therefore, there is understandable temptation to cheat during the tournament games by accessing the chess apps discretely (phone and computer access is strictly prohibited during tournament games) to gain an upper hand over the opponents. For a strong chess player, getting computer assistance two or three times during a tournament game is usually enough to win the game comfortably. 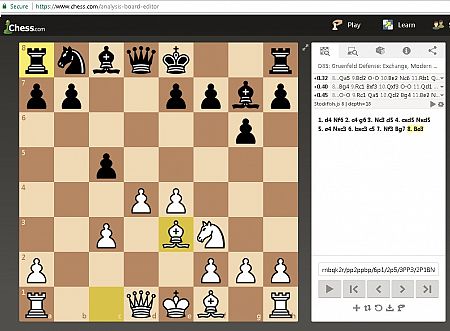 Organisers of chess tournaments are doing their level best to monitor the tournaments’ participants for suspicious behaviour and to prevent the computer cheating from taking place as well as to punish the culprits. Unfortunately, the problem keeps escalating. As we are trying to catch them, the cheaters are becoming more and more creative. So far, the uncovered cheating efforts have included: placing a mobile phone inside a toilet cubicle (covered with the toilet paper), hiding a mobile device inside footwear or even using a highly sophisticated transmission system that involved collaboration with an accomplice who was based in France, while the actual tournament games were being played...in Russia!

In all of the cases above, the cheating charges have been proved and the players have been banned from playing competitively (one of them have served his ban already by now and returned to tournament play). But there are also plenty of even more controversial cases, where prominent chess players have been accused in computer-cheating, but there appears to be insufficient evidence for both prosecuting them and clearing their names completely. That leaves organisers of chess tournaments with a difficult dilemma: to support the ‘’semi-disgraced’’ players by inviting them to participate and keep the event open to speculations, or treat them as persona non grata while they are yet to be proved guilty.

To sum up, all of a sudden, the future of chess as a sport is becoming unclear. It is transparent that the cheaters are not going to stop — unless they are stopped! As mobile technologies keep developing, even greater levels of ‘’cheating sophistication’’ can be expected in the near future. Recently, there has been a lot of talk about a Sydney man inserting a transport card chip under his skin. One can just imagine what would happen if someone could successfully use a near field communication chip for transmission of unsolicited computer chess assistance. Such a ‘’helping hand’’ could turn a complete beginner into a world chess champion.

In today's FT chess special report, a piece from me on ever more elaborate cheating — http://t.co/gvcDMKxkCf pic.twitter.com/R8zcUjg2sk

In order to combat the practice of computer cheating, The World Chess Federation (FIDE) even set up a special Anti-Cheating Commission. Unfortunately, so far there has been little if any progress with development of Universal anti-cheating rules and polices that can guarantee the purity of the sport.

For #chess nerds and how Deep Blue supposedly beat Kaparov without cheating: #AI Via @NPR: Kasparov vs. Deep Blue https://t.co/75un0zMx17

More than just a game: How computer cheating is killing chess

10 November 2017, 8:00pm These days, computer chess programs are much better than even the very best of the ...
Join the conversation
comments powered by Disqus
News updates