Universities are too important to Australia's education system to be thought of as corporate enterprises, writes Graham White.

IMAGINE BEING ASKED the following question: What is the role of the university system?

As someone who has worked in that system for many years, I would answer as follows: Its chief role is the development and dissemination of knowledge about the physical and natural world, our existence in that world, as well as our existence as social beings, including critical reflection on the processes by which knowledge is created and disseminated.

And I would add as a starting assumption that fulfilment of this role is to the betterment of society.

My view of the role of universities points to the community as a whole being the so-called principal or group ultimately most invested in the success of the university system; while those most closely responsible for the development and generation of the knowledge – the academic community – as the agent tasked with acting in the principal’s interest.

Arguably, however, the public university system in Australia has for some time now operated with the executive level of management as the perceived agent.

So let me put my flag up the mast right away. The direction of research and how it interacts with the education process are decisions that must reflect above all else the expertise that the academic community brings to the university. That direction arguably emerges naturally from the research and teaching milieu within which the academic community occupies an important place. 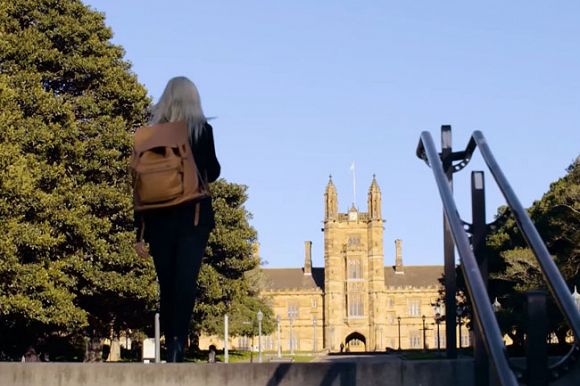 The role of an executive is to facilitate the environment most conducive to this milieu. The academic community should have the ability to act as a decisive check on the executive’s progress in this regard.

This is the sense in which, as James Guthrie points out, ‘management has to serve the academic mission’.

My mind had recently been exercised about all of this when thinking about executive remuneration in our public universities.

I realised very quickly that this issue could not be disentangled from the way universities are seemingly regarded by those in charge.

In a recent paper in Higher Education Research and Development, Rebecca Boden and Julie Rowlands dealt with the remuneration issue, linking it to a broader change in governance, specifically

‘The shift in the UK and Australian universities from collegial to more corporate forms of operating... Professional management functions have come to the fore in the pursuit of business objectives and VCs both see themselves and are seen by others, including governments... as chief executive officers.’

As the authors also note, university governing bodies, particularly in their composition, have facilitated this shift in the thinking about the role of the executive.

An interesting indication of this thinking is a Remuneration Code written by the University Chancellors Council (2021).

This code, which is voluntary (an issue in and of itself) for the universities, emphasises three criteria underpinning the remuneration of vice-chancellors and senior staff — competitive, appropriate and transparent. 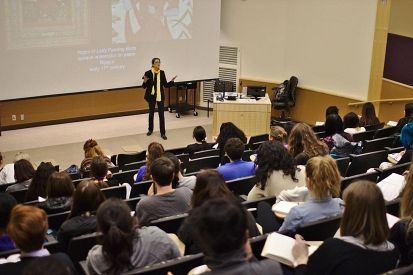 Without education, people would recommence burning witches at the stake.

On “competitive”, there is plenty of reference to the sector’s contribution to the national economy and as a centre of world-class research — sentiments arguably not in dispute.

From this, however, comes the inference that

‘To secure our global strengths in science, health, technology and many others critical to Australia’s success we must ensure remuneration is globally and locally competitive so we can attract and retain the best possible talent.’

To be fair, a sizeable portion of the blame for this kind of view sits squarely with governments.

The worth of the university system is much broader and deeper than the economic benefit.

Just as worrying is the corporate mentality at work here, by which I mean the proposition, more often implicit than explicit, that executive remunerations can and should be linked to the success of the business entity.

The difficulty with such arguments is obvious — distinguishing the contribution of different people within the corporation to its success.

It becomes diabolically difficult when applied to the university and its success in terms of its social return.

As is evident in the quote above, in the end, the Chancellor’s Council defers to the notion of being “competitive” within the market for university executive positions.

Similar sentiment can be found in management consultant John Egan’s discussion of executive remuneration in universities:

If Australian universities have aspirations to rival international universities and a desire to attract top university executives from leading institutions around the globe... they will have to pay a premium. [To] ensure the university retains or improves its prestigious position within global rankings... [and] to be part of the world’s innovative and intellectual class across all relevant disciplines where we have the potential for economic advantage...

This kind of sentiment worries me in a couple of ways. Paying a premium may well attract executives and/or academics with a reputation. But if the end and the effect here is for one university to climb up the national/international rankings ladder, this points to something worrying. Can rankings be manipulated by the more well-off institutions?

Should universities really be playing this game?

But the juxtaposition of competition and the university is similarly jarring. The competition that naturally emerges in the university community is competition in the development of knowledge; as academic peers feed off their interaction; an integral part of the engine room of research.

Viewing this through the lens of an individual university’s economic competitive advantage or that of a country’s university sector telescopes the university into something akin to an operating division of a corporation.

If the remuneration of senior management is to reflect a leadership role as the key contribution, the onus is on those who argue this to make a coherent case as to the precise nature of this leadership contribution. 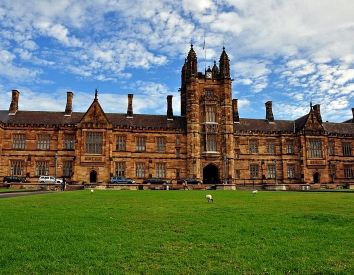 Teaching standards are under threat at the University of Sydney, writes Dr Daniel Gregory.

And most importantly, this justification needs to be transparent. It also needs to be articulated clearly by governing bodies – senates and councils – with the same analytical rigour as is expected of academics in their research and teaching.

This needs to happen before any appeal is made about the need to be a player in the market for university executives.

Governing bodies must also rigorously substantiate that the oft-quoted benefits of leadership are benefits without substantial cost. Higher rankings and measures of student satisfaction “going up” are popular “benchmarks”, almost to the point of being taken for granted. They shouldn’t be.

And academics must be able to check this process at the level of the governing body. Bringing academics into the conversation as part of the consultative process doesn’t cut it.

To my mind, the corporate analogy applied to universities fails particularly in its appreciation of the role of the academic community.

The characterisation of universities in which management are the only ones able to see the whole picture (like the head of the secret intelligence service in a John le Carré spy novel), is disingenuous to staff as a whole. It suggests that insights from both academic and professional staff can be extracted as just another ingredient “in the mix” — or to the use the even more infuriating expression, as the input of just another “vested interest”.

Graham White is an associate professor in the School of Economics at The University of Sydney. He teaches macroeconomics and the history of economic thought. You can follow Graham on Twitter @heterodox_econs.

16 September 2022, 12:00pm Universities are too important to Australia's education system to be thought of as ...