After India produced one of the gutsiest test match cricket performances ever seen on Australian soil on Monday, all eyes turn to Brisbane on Friday for the decisive final test of this gripping four-match series.

Heading into the fifth day at the Sydney Cricket Ground (SCG) already two wickets down, the injury-hit tourists dug deep to find something special and hang on for a memorable draw, ensuring the series remains tied 1–1.

It’s all on the line now for both countries with the winner at the Brisbane Cricket Ground (Gabba) claiming – or re-claiming in Australia’s case – the coveted Border-Gavaskar Trophy. And it’s bad news on a number of fronts for the Indians with the fourth test confirmed to take place in Brisbane.

It means that, despite their concerns raised in the lead-up to the New Year’s Test in Sydney, they will have to continue to abide by strict quarantine protocols when they arrive in Queensland.

It also means that their hopes of avoiding a Gabba test match have been dashed and they should have genuine reservations about travelling to the Brisbane fortress because Australia has not lost a test match there since late 1988. During that period the Aussies have won 24 of 31 tests there, with the other seven ending in draws. 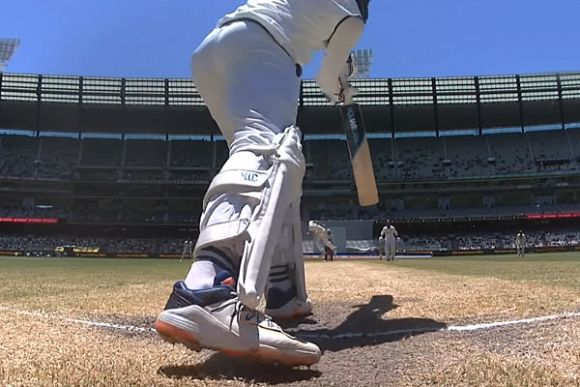 Conversely, in six trips to the Gabba, India has drawn one and lost five so they would have to create history by winning their first-ever game at the venue to win the series. However, given the tourists are the holders of the trophy, all they need is another draw to retain it so it’s all on the Aussies to force a victory if they want to end India’s four-year reign.

But India has never beaten Australia in three consecutive test series, so they would dearly love to finish off this captivating series in style. And the Indians should be extremely proud of themselves to still be a chance of taking the Border-Gavaskar Trophy home.

Not only have they been without inspirational captain Virat Kohli, who headed home after the first test to be present for the birth of his first child, Mohammad Shami (broken arm), Umesh Yadav (calf) and Ishant Sharma (side strain) for large chunks of the series, the injuries continued to pile up for them in Sydney with Hanuma Vihari (hamstring), Ravindra Jadeja (broken thumb) and Rishabh Pant (elbow) added to the casualty list.

Pant should be okay for the fourth test, but with the next match starting in just a few days’ time, it would be extremely surprising to see Vihari and/or Jadeja line up. And that’s what made Vihari’s performance so heroic on the final day in Sydney. He remained unbeaten on 23, having faced 161 deliveries, with more than 100 of them coming after he strained his hamstring.

Playing through pain, battling bruises, negotiating a top Australian bowling attack and taking #TeamIndia to a memorable draw. SCG stars relive it all here - by @Moulinparikh

Ravichandran Ashwin’s exploits shouldn’t go unmentioned either, as he saw off 128 balls for his 39 not out. Vihari and Ashwin’s sixth-wicket partnership lasted 259 balls and added 62 runs to their team’s total.

Pant (97) and Cheteshwar Pujara (77) also played critical roles in helping India secure the unlikely result — although Pant’s contribution was quite controversial considering he sat out the entire fourth day and was replaced in the field by fellow wicketkeeper Wriddhiman Saha, who also happens to be a more competent gloveman than Pant.

Should Pant have been allowed to bat so early on day five, let alone receive a promotion to number five in the order, after being absent on Sunday? Either way, India certainly got the best of both worlds with Saha doing the keeping and Pant doing the batting. But the fact that India managed to only lose three wickets on a fifth-day pitch against arguably the best bowling attack in the world was nothing short of miraculous.

It was a rare poor performance for the Aussie bowlers who could only manage to take five wickets in four sessions, although they were done few favours by captain Tim Paine who dropped three catches behind the stumps on day five. What could have been for the Aussies if he hung on to at least two of them? They might already have one hand on the Border-Gavaskar Trophy. 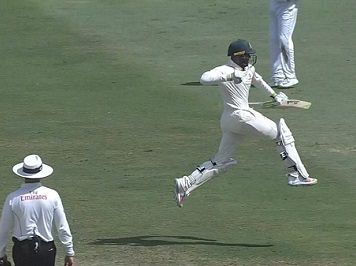 Usman Khawaja managed to save the test in Sharjah, but is it enough to save Australian cricket, writes John Coop.

And after bowling 120 overs combined in the fourth innings, it must be said that Pat Cummins (26), Nathan Lyon (46), Josh Hazlewood (26) and Mitchell Starc (22) will be up against it to be absolutely cherry ripe for the fourth test, especially if Australia bowls first.

But it wasn’t all doom and gloom for Australia in Sydney.

Just a fortnight after there being grave concerns over their batting line-up, following their comprehensive loss at the MCG, all of a sudden the future is looking bright. Twenty-two-year-old debutant Will Pucovski (62 and 10) and 21-year-old third-gamer Cameron Green (zero and 84) both looked like they belonged at the level.

And considering Marnus Labuschagne (91 and 73) is still only 26, the Aussies could be set for the next decade or so. It also helps when run machine Steve Smith is on song. The former skipper returned to form in emphatic fashion at the SCG, scoring 131 and 81 to earn man-of-the-match honours.

Like India, the hosts have their injury concerns as well with Pucovski having scans on what looks to be a shoulder injury and his opening partner Dave Warner (groin) still looking far from 100 per cent.

But regardless of either country’s personnel issues, the fact of the matter is it all boils down to one more epic clash in Brisbane to decide who will get their hands on the Border-Gavaskar Trophy — and given what’s at stake, we can expect to see truckloads more grit, determination and sacrifice from both of these fierce rivals.

Aussies search for first of two holy grails in India

16 December 2022, 10:30am After almost five years, Australia and South Africa will renew hostilities in the ...
Join the conversation
comments powered by Disqus
News updates