Freedom of Speech: Why do we need to change?

Freedom of speech can be detrimental to the progress of an enlightened society unless it is used responsibly, writes John Lord.

WHY HASN'T THE GOVERNMENT released its report into religious freedom? It was handed to them in May this year. On 20 May, the Senate passed a motion that they immediately make the documents available.

The Government responded by saying that it had “public interest immunity” because it hasn’t yet decided how it wants to respond to Philip Ruddock’s findings. Attorney-General Christian Porter reckons he will release it at the same time legislation is written. This, of course, means there will be little chance for public examination.

We are now in October and still nothing. My guess would be that they don’t want to add to the present problems they have. However, another likely reason is that the report will reopen a can of worms surrounding free speech the Government doesn’t want a can opener near.

It would open all those arguments about 18C and free speech. Arguments the Government has lost before. Add the touchy subject of religion into the mix and you have a recipe for disaster. One where people will throw abuse at each other whilst believing we live in an enlightened society.

Why is it that “in the name of free speech” we need to enshrine the right to abuse each other in law?

Or, conversely, “what is it they want to say that they can’t say now?’’

Free Speech and an Enlightened Society

‘European politics, philosophy, science and communications were radically reoriented during the course of the “long 18th century” (1685-1815) as part of a movement referred to by its participants as the Age of Reason, or simply The Enlightenment’.

The Enlightenment advocated reason as a means to establishing an authoritative system of aesthetics, ethics, government and religion, which would allow human beings to obtain objective truth about the whole of reality.

If you were to ask the likes of Cory Bernardi if we live in an enlightened society, he would probably answer, “Yes”.

I’m not sure how he would answer if you asked: If we are an enlightened society, why do you think we need to enshrine in law the right to hate each other?

Surely you would think that an enlightened progressive free-thinking society would want to eliminate it, not legislate it.

It is not a question that requires great philosophical, ideological or even theological debate. It is a black-and-white question. After all, is it not, by definition, a prerequisite of the human condition?

We do live in an age of enlightenment, a period where the world has made enormous advances. We are better schooled, we have taken enormous technological strides in medicine and many other fields. We are, indeed, enlightened.

But at the same time, our intellects have not advanced our capacity to understand how to reason.

Indeed, if we were truly enlightened we would treat our fellow human beings with respect, love and faithfulness. We would do unto them as we would expect them to do unto us and we would strive to do no harm.

We would love life and live it with a sense of joy and wonderment. We would form our own independent opinions on the basis of our own reason and experience, and not allow ourselves to be led blindly by others.

And we would test all things; always checking our ideas against our facts and be ready to discard even a cherished belief if it did not conform to them. We would readily admit when we were wrong, in the knowledge that humility is the basis of intellectual advancement and that it is truth together with love that enables human progress.

And, of course, we would enjoy our own sex life (so long as it damages nobody) and leaves others to enjoy theirs in private, whatever their inclinations, which are none or our business.

I'm sure Swift doesn't care. Not the best example as she's well known for avoiding politics or at least stating what side she's on.
Australia would be a more mature & enlightened nation without alt right fringe dwellers selling themselves as the panacea for society's ills. pic.twitter.com/OhIN13a0Yk

We would uphold the principle that no one individual or group has an ownership of righteousness. We would seek not to judge but to understand. We would seek dialogue ahead of confrontation.

We would place internationalism before nationalism acknowledging that the planet Earth does not have infinite resources, and needs care and attention if we are to survive on it. In doing so, we would value the future on a timescale longer than our own. We would recognise that the individual has rights, but no man is an island and can only exist and have his rights fulfilled by the determination of a collective.

We would insist on equality of opportunity in education acknowledging that it is knowledge that gives understanding. We would seek not to indoctrinate our children in any way but instead teach them how to think for themselves, evaluate evidence and how to disagree with us.

We would, in our schools, open their minds to an understanding of ethics instead of proselytising religion.

We would never seek to cut ourselves off from dissent and always respect the right of others to disagree with us.

Importantly, we would not overlook evil or shrink from administering justice, but always be ready to forgive wrongdoing freely admitted and honestly regretted.

Lastly, we would question everything. What we see, what we feel, what we hear, what we read and what we are told until we understand the truth of it, because thoughtlessness is the residue of things not understood and can never be a replacement for fact.

If these things truly are the embodiment of enlightenment, how do we stack up? It is fair to say that, on one hand, some societies and individuals could lay claim to attaining a measure of it.

On the other hand, for example, in some countries, gender equality is more readily accepted and there have been major advances in education. Overall, though, I think the reader would conclude that, in most instances, our enlightenment has not progressed much.

This is no more empathised than in our understanding of what free speech is. Are we genuinely enlightened if we think we need to enshrine in legislation an emotion people already have and use to express hatred?

What a shame religious loonies like Tony Abbott get in the way of Australia being this enlightened.

He is afraid of strong capable women. https://t.co/mhOjk3N7aB

There is something fundamentally and humanely wrong with the proposition. There is an intolerable indecency that suggests that we have made no advancement in our understanding of what free speech is.

If free speech's only purpose is to denigrate, insult and humiliate, then we need to reappraise its purpose. There are those who say it identifies those perpetrating wrongdoing but, if it creates more evil than good, it’s a strange freedom for a so-called enlightened society to bequeath its citizens.

Are we saying that hate is an essential part of the human condition?

Is this really what an enlightened society means by free speech? Does it demonstrate our cognitive advancement? Is this what well-educated men and women want as free speech or should we see free speech as being nothing more or nothing less than the right to tell the truth in whatever medium we so choose?

One has to wonder why the so-called defenders of free speech feel they are inhibited by what they have now. I don’t. I have never felt constrained in my thoughts or my ability to express them. I’m doing it now. But then I don’t feel a need to go beyond my own moral values of what is decent to illuminate my thoughts.

Why is it then that the likes of Abbott, Bolt, Jones, Brandis, Bernardi and others need to go beyond common decency to express them and defend others who cannot express themselves without degenerating into hate speech?

The answer has nothing to do with an honourably noble sort of democratic free speech.

Why does this demand for open slather free speech always come from the right of politics and society? They seem to have an insensitivity to common graciousness that goes beyond any thoughtful examination.

And we shouldn’t forget that the means of distribution for hate speech is weighted toward the rightwing media, particularly in Australia.

They simply want the right to inflict hate, defame with impunity, insult and promote bigotry if it suits their purpose. And behind that purpose can be found two words. Power and control. 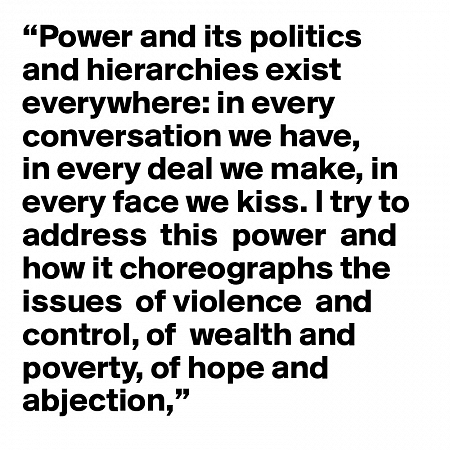 Often those who demand unrestricted free speech do so to compensate for the freedom of thought they seldom use.

The way we presently view free speech simply perpetuates the right to express all those things that make us lesser than what we should be.

Debate, in whatever form, should not include the right to vilify. It is not of necessity about winning or taking down one's opponent. It is about an exchange of facts, ideas and principles. Or, in its purest form, it is simply about the art of persuasion.

The argument that bigots are entitled to be bigots, or that unencumbered free speech exposes people for what they are, doesn’t wear with me. It simply says that society has not advanced.

That our cultural ethical intellect has not progressed at the same rate as our technological understanding.

The fact that so many people agree with the free speech argument highlights the tolerance we have for the unacceptable right to hate each other, which to me is the source of everything that is wrong with human behaviour.

We will never truly understand the effect free speech has on people until we have personally suffered from the abuse of it.

And we want to make it acceptable by legislating to condone it.

Are we really saying that, in a supposedly enlightened society, that values, love, decorum, moderation, truth, fact, balance, reason, tolerance, civility and respect for the other's point of view, that we need to enshrine in law a person’s right to be the opposite of all these things?

If that is the case, we are not educating. We are not creating a better social order and we are not enlightened at all.

The fact is that free speech in any democratic system should be so valued, so profoundly salient, that any decent enlightened government should legislate to see that it is not abused.

That it carries with it sacrosanct principles of decency that are beyond law and ingrained in the conscience of a collective common good.

After all, the dignity of the individual (or individuals) within the collective is more important than some fool's right to use freedom of speech to vilify another.

Those who insist on unlimited free speech should realise that when they do so, they also reveal their own inner morality.

‘An enlightened society is one in which the suggestion that we need to legislate one's right to hate another person is considered intellectually barren.’

Facebook is based in the US, not Australia. You agreed to the conditions of the platform when you signed up.

This isn't an attack on your freedom of speech*, champ.

*Noting we don't have "freedom of speech" in Australia, and even if we did it relates to government censorship. pic.twitter.com/OYxO8WKrML