The days when new NSW cricket players got a bonus baggy green cap in the same paper bag as their new blue one should be a thing of the past after today’s Bellerive fiasco, says Shaun Newman. 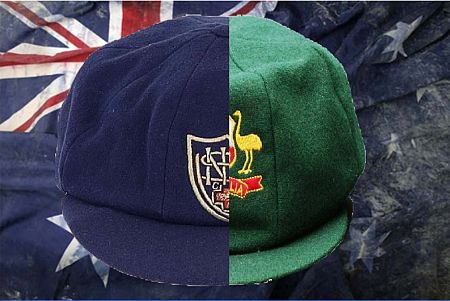 Surely Cricket Australia can no longer be allowed to pick over half the Australian Cricket Team from NSW, especially given the latest fiasco.

The Australian public deserve much better than seeing players selected on who they know rather than how much talent they have. We have seen before, players from NSW bred and groomed to be the Australian Captain. The lopsided selection of players happened in Rugby League before 1980 when the State of Origin competition began; selection issues in this sport has been remedied, however the same problem remains in the cricketing world.

Surely we do not have to suffer Phil Hughes being given yet another opportunity at the expense of an opening batsman from another State? This unfair practice sets back the opportunity for other promising players from outside of NSW — who all must surely understand that to play for your country it helps to either be born in NSW or to play for their State team.

There are talented players in other States who should at least be given an opportunity to shine for Australia, yet again and again we see the bulk of teams consisting of NSW players? This practice must end — as of today.