Disaster at Avalon: The F-35 Strikes out

A proven cost disaster, the Lockheed Martin F-35 Joint Strike Fighter is proving its worth as a PR nightmare as well.

The first of Australia’s 72 JSFs, 01 and 02 (hold the banana jokes), were due to make a star turn at last weekend’s Avalon Airshow in Victoria.

Aviation enthusiasts – and there are many – had been salivating at the prospect for yonks, cameras polished and Eskys at the ready.

So how did it go?

My husband and I went to the airshow on Sunday with the specific purpose of seeing the JSF in action. Well, what a debacle.

One JSF was on static display for the morning and another was based at Amberley airport with an ETA of approximately 3pm for live display.

Around lunch time, an announcement was made that the flight from Amberley had been cancelled due to thunderstorms and the JSF had not yet been fitted with lightening protection. Are you kidding me? It sounded like BS, so I checked Brisbane weather radar — guess what, not a storm in sight.

Shortly after that announcement, the JSF on static display was wheeled away out of sight.

Later in the afternoon, a second announcement was made again, apologising for the no show but further information was added, to the effect that even though these two platforms have been paid by us and we already own them, they are still attached to the U.S. Training School. Apparently, we need to ask for actual permission to fly them and that authority had not been forthcoming, so the JSF on static display at Avalon could not even been flown down the runway for the crowd, even though it was flying back to the U.S. that day.

The JSF that was there at Avalon already was flown on the Saturday though but after authority was denied by the US to fly it again on Sunday to make up for the apparent no show by the 2nd JSF from Amberley, it was wheeled away. 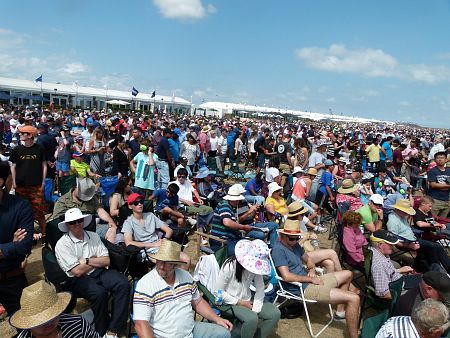 A huge crowd, many thousands, assembled on the Sunday. General admission was $69 per ticket and they were all dudded.

To compound the woes of the day, it took our reader two hours to exit the carpark back onto the Geelong Freeway.

Many unhappy aviation enthusiasts will think twice before shelling out again on a JSF promise just to see the Roulettes go around.

01 and 02 are now presumably safely back in Trump-land being gussied up with lightning protection, which you would think might have been fitted before a haul across the Pacific. Just in case there was a storm.

At least no-one saw them coming (I hope).

The JSF’s party trick is its alleged stealth capabilities, which make it pretty hard to paint by radar and also makes it look dead cool.

But that is today.

Beijing state media has boasted its scientists have successfully tested a new type of radar capable of defeating stealth technology at ranges out to 100km.

If true that would mean Australia has just purchased 72 very expensive bowling balls.

But who trusts Chinese media reports?

The Joint Strike Fighter purchase: Someone must have been smoking one, writes Ross Jones #JSF35 http://t.co/3YvFnND4tz