With this year's AFL grand final expected to return to the MCG – the spiritual home of the Demons – it will be hard to stop Melbourne from clinching back-to-back premierships, writes Ronny Lerner.

AFTER TWO seasons heavily impacted by COVID, the Australian Football League (AFL) is finally readying itself for a return to normality in season 2022.

With the worst of the pandemic seemingly – and hopefully – well and truly in the rear-view mirror, it looks as though every club will play 11 true home-and-away matches and, most importantly, the grand final will return to the MCG for the first time since 2019.

So fingers crossed we don’t see fixtures such as Sydney v West Coast being played at Kardinia Park in Geelong anymore.

Significantly, after being starved of footy for the past two seasons as a result of being the hardest hit city in Australia by COVID, Melbourne footy fans will be able to regularly attend matches this year. 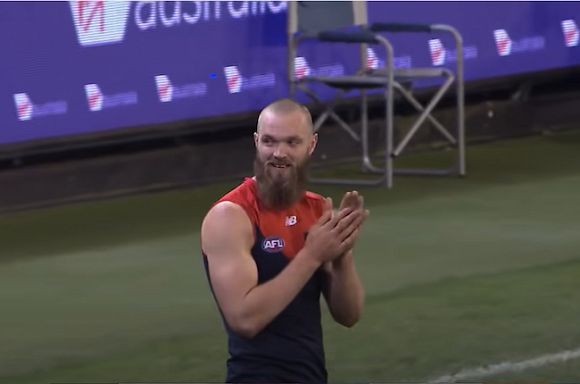 Despite COVID-related disruptions, if the remainder of the AFL season produces just half of last week's excitement, we are in for a ripper round of finals.

Numerous games were either played behind closed doors in the Victorian capital or relocated to other states, during the last two seasons. But with Melbourne set to play host to 89 of the 198 home-and-away matches (46 at the MCG and 43 at Marvel Stadium) in 2022 – and no caps on crowds for the duration of the year (hopefully) – the city’s footy-mad population will be treated to an overdue AFL extravaganza.

Despite that, the league is taking no chances, with each club afforded a COVID top-up list of 20 players in case of an emergency and a return to the bad old days of 2020-21.

And as if the last two years didn’t serve up enough surprises, the cherry on the cake saw Melbourne take the footy world by surprise and charge towards the latest in a long line of drought-breaking premierships.

Footy fans of this writer’s vintage never thought they’d ever see Melbourne, Richmond or the Western Bulldogs win a premiership. And yet, in the past six seasons, all previously success-starved clubs have done exactly that — smashing a combined 156 years’ worth of premiership drought in the process.

In the Demons’ case, it signalled the end of the league’s longest-active barren run (57 years), with that dubious title now belonging to St Kilda (56 years).

And Melbourne is going to be hard to stop from clinching back-to-back premierships in 2022.

In a cruel twist of fate, the Demons weren’t able to smash their famous drought in front of their heartland fans at the MCG. Instead, they had to be content with doing the job in the unfamiliar surrounds of Perth’s Optus Stadium.

It’s for that reason alone that the Demons are motivated to repeat the dose this year – only this time at their spiritual home at the MCG – and give their fans a "two-for-one" deal of sorts.

Demons captain Max Gawn said as much in a TV interview in the victorious changerooms not long after his team obliterated the Western Bulldogs in the grand final. As euphoric as the achievement was for him and his men, there was something bittersweet about capturing the premiership cup on the other side of the country.

And barring any significant injury concerns, or unforeseen hunger issues, the Demons will be the team to beat again this year.

When you look at their best 18, there’s hardly a weak link. Their midfield, featuring the likes of Gawn, Christian Petracca, Clayton Oliver, Jack Viney, Angus Brayshaw and Gawn’s apprentice Luke Jackson, is the envy of the competition, especially after what they did to the Bulldogs’ vaunted on-ball brigade in the final 40 minutes of last year’s grand final.

Up forward, key targets Bayley Fritsch (59), Ben Brown (25) and Tom McDonald (33) combined for 117 goals in 2021, and they were complemented superbly by the manic forward pressure provided by Kysaiah Pickett (40), Charlie Spargo and Alex Neal-Bullen. And of course, Jackson and Gawn can drift into attack from time to time.

And down back, they have the best key defenders in the AFL together in All-Australian duo Jake Lever and Steven May who have a pretty impressive support cast to choose from, in Christian Salem, Jake Bowey, Harrison Petty, Michael Hibberd, Trent Rivers, Adam Tomlinson, Jayden Hunt and Joel Smith. 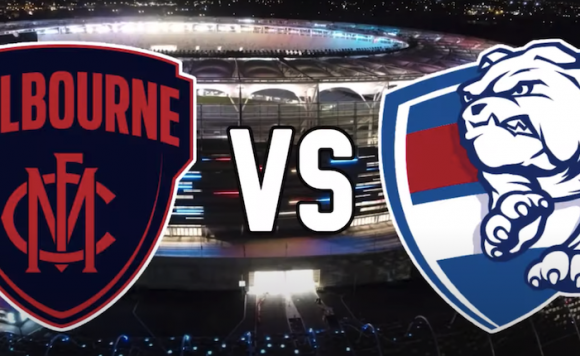 On Saturday, millions of footy fans around the country will be guaranteed a fairytale ending whichever way the 2021 AFL Grand Final goes.

But a second consecutive flag won’t just be handed to Melbourne who has a ravenous chasing pack nipping at their heels, fuelled by plenty of recent finals heartache.

Look no further than the team they embarrassed by 74 points in last year’s grand final — the Bulldogs. They proved consistently throughout 2021 that they are one of the league’s top dogs (excuse the pun) and don’t forget they found themselves 19 points up in the third quarter in that grand final.

Brisbane Lions have a massive point to prove after crashing out of the finals in straight sets for the second time in three years, taking their finals record to 1-5 in that period, including four losses at their home the Gabba, which flies in the face of their home-and-away record at the ground since the start of 2019 (28-2).

And Port Adelaide are in a similar boat, becoming the first non-Victorian team in VFL/AFL history to blow back-to-back home preliminary finals after enjoying a "rails run" on the competition as a side largely unaffected by the pandemic.

You’ve also got the likes of Sydney and GWS Giants who rejuvenated themselves impressively last year — and who can forget about Richmond? The Tigers had a nightmarish 2021, but with a clean run at it in 2022 from an injury perspective, they’ll be quietly bullish about pinching a fourth flag in six years.

Can Geelong go back to the well yet again after an astonishing 12 preliminary finals in 18 seasons? It’s doubtful. It gets said a lot in recent years, but the ageing Cats will find it hard to avoid a slide down the ladder this season as their ever-elusive tenth premiership continues to evade them.

Aside from Richmond, can a “bolter” from outside the top eight challenge for the flag? Probably not, although the time has probably come for Fremantle to at least return to the finals.

And as impressive as Essendon were in defying the consensus bottom-four predictions last year by finishing in the top eight, this writer thinks 2022 might serve as a minor step backwards on what promises to be an upward trend of progress and development over the next three to four years for them.

But the beauty about footy is that, literally, anything can happen, as we’ve seen on many occasions in the past six years. The competition is as even as it’s ever been, ensuring fertile ground for another team to shock the world in six months’ time.