Ash Barty joins an elite club of only four other players to have won a major on all three surfaces after winning this year's Australian Open women's singles title, writes Ronny Lerner.

AS A 30-SOMETHING-YEAR-OLD, growing up in the 90s, you were conditioned to understand that Australians just didn’t win the Australian Open. It simply wasn’t a thing.

That depressing fact rolled on into my teenage years and 20s as we entered a new millennium and sadly remained an unbroken rule throughout the 2010s.

It was actually a source of shame that on one hand this country was up in lights with some of the great global cities – New York, Paris and London – in hosting one of the four tennis grand slams, yet could never come close to producing a homegrown winner of its own tournament. A fact that became even more unbearable after Andy Murray ended Great Britain’s 77-year drought at Wimbledon in 2013.

And yes, people of my vintage were treated to local stars such as Lleyton Hewitt, Pat Rafter, Sam Stosur and Mark Philippoussis, but they were a lot better at teasing on these shores than saluting.

Granted, Hewitt did make it all the way to the 2005 final, but was ultimately overpowered by big-serving Russian Marat Safin.

In the last 40 years, Pat Cash (twice) and Hewitt were the only Australian players to reach the final.

So who was it going to be to break our 44-year local title drought at the Australian Open? Enter the one and only Ashleigh Barty, of course.

Barty headed into the 2022 tournament as the hot favourite as the world No.1 and also having won last year’s Wimbledon title.

Despite the massive weight of expectation lumped on her shoulders, Barty remained so cool and composed throughout the fortnight that you could’ve been forgiven for thinking she was having a hit with seven of her mates down at the local courts. 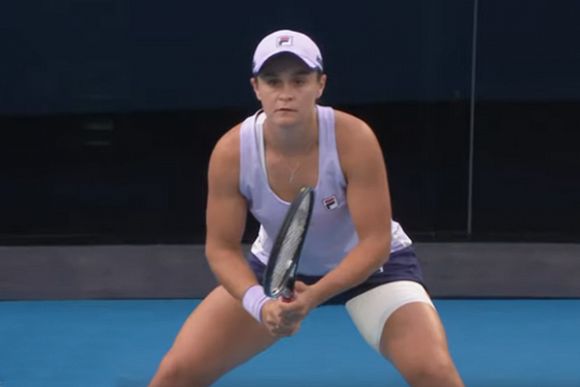 Melbourne came so close to being treated on Thursday afternoon with what would’ve been a tennis match for the ages.

In reaching the final on Saturday night, Barty was absolutely dominant, wiping the floor clean with her opponents, losing just 21 games in her first six matches at an average of just 3.5 per contest.

And while she was confronted with her sternest test in the final against Danielle Collins, Barty still triumphed in straight sets 6-3, 7-6 (7-2), becoming the first woman since the legendary Serena Williams in 2017 to win the Australian Open without dropping a set.

There’s no doubt she was given a dream run, winning the grand slam tournament after facing none of the top 20 seeds, which is quite remarkable, but women’s tennis is extremely unpredictable where any player can win on any given day. The fact that Barty remained so level-headed throughout makes her achievement truly commendable.

And in winning this year’s Australian Open, not only did Barty join tennis Mount Rushmore candidates Williams, Roger Federer, Rafael Nadal and Novak Djokovic as the only active players to have won a major on all three surfaces, but she also became the most successful Australian tennis player of this writer’s lifetime.

Heading into the tournament, she was locked with Hewitt and Rafter on two grand slam wins but now stands alone on three.

And as if Barty didn’t already ensure that this Australian Open would be forever regarded as one for the ages, Rafael Nadal defied Father Time to break the all-time men’s grand slam record and win his 21st major against Russia’s Daniil Medvedev in one of the greatest tennis matches in history.

Nadal, 35, wasn’t even sure if he would be able to compete at the tournament, after contracting COVID late last year while managing a debilitating foot injury.

Making it to the final was a tremendous effort in itself, but things were looking grim for the Spaniard when he trailed two sets to love.

However, he proved once again that you can never write off a champion and he somehow lifted himself off the canvas to win an epic contest 2-6, 6-7 (5-7), 6-4, 6-4, 7-5 in five hours and 24 minutes — a contest that rivalled his incredible 2012 Australian Open final against Novak Djokovic which lasted five hours and 53 minutes.

By triumphing over Medvedev, Nadal broke the three-way deadlock with fellow immortals Federer and Djokovic at the top of the grand slam summit, leaving his superstar contemporaries stuck on 20 majors each. 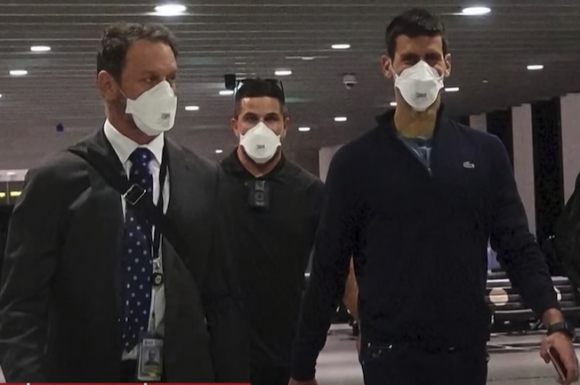 While Novak Djokovic won’t defend the crown he has won the last three years, there is no shortage of star power in Melbourne ready to take the Serb’s place on the throne.

The fact that Djokovic gave Nadal a free shot at breaking the record after entering Australia unvaccinated and having his visa cancelled by the Federal Government on “health and good order grounds” added a delicious subplot to the result.

Having won the previous three Australian Opens, Djokovic would’ve been a hot favourite to win the tournament again this year, but now he has to go back to the drawing board and try and stop Nadal’s lead from extending to two at the Spaniard’s pet event — the French Open.

Djokovic has handed Nadal two of his three career defeats at Rolland Garros, however, the Serb’s vaccination status could preclude him from competing at that tournament as well.

An unforgettable Australian Open was capped off on Saturday night when the "Special Ks", Nick Kyrgios and Thanasi Kokkinakis, defeated Max Purcell and Matt Ebden in the first all-Australian men’s doubles final at the event since 1980.

Kyrgios and Kokkinankis became the first Australian team to win the tournament in 25 years and their sideshow – which fuelled plenty of interest and enthusiasm from a raucous fan base – was certainly one of the biggest attractions of this year’s Australian Open.