LAST MONTH, Crikey’s legal correspondent Michael Bradley wrote a bizarre analysis of Julian Assange’s impending extradition to the U.S. without any regard for basic facts.

It’s worth examining, as it typifies the failures and absurdities of Australian press responses to Assange going back a decade — filled with lies, smears and false narratives that prevent the public from understanding the significance and substance of his case.

In writing about one of the gravest threats to press freedom in years, Bradley went as far as to include a cringeworthy – if not downright pernicious, given Assange recently suffered a stroke and is in precarious health – reference to a Monty Python quote being inscribed on Assange’s tombstone that 'he’s not the Messiah, he’s a very naughty boy'.

You couldn’t make this stuff up. 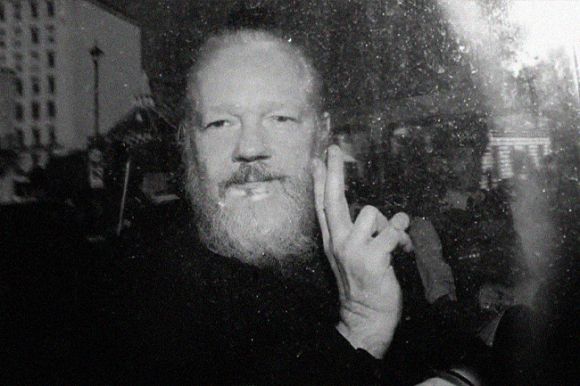 In allowing his thoughts to remain mired in diversionary debates and myths about WikiLeaks and Assange, Bradley completely misses the point of the U.S. extradition case and fails to mention the dire threat to investigative journalism around the world it presents.

He does not confront or condemn the alarming legal precedent of the United States charging a foreign national, one of our citizens, with espionage under U.S domestic law — despite Assange not being a U.S. citizen and WikiLeaks not being a U.S.-based publication.

'WikiLeaks broke new ground but mainly in volume and approach, not content.'

In 2010, Assange and WikiLeaks – in partnership with numerous mainstream media outlets, including The New York Times, The Guardian and Der Spiegel – published a curated cache of 250,000 diplomatic cables revealing the corruption and destruction of the Bush-era and early Obama-era wars, into which Australia so subserviently followed.

Without Assange’s work, numerous war crimes, mass surveillance schemes and unreported civilian casualties would have gone uncovered. In one year, he generated more consequential journalistic scoops confronting Western centres of power than the rest of the world’s news organisations combined.

Some of the information published by Assange has since become the subject of criminal investigations into the CIA and U.S. authorities before the International Criminal Court, which, as lawyers for Assange testified during his extradition hearing, is further evidence that the U.S. case against him is politically motivated.

Further, irrefutable illustrations of the significance of the “content” of Assange’s work can be found in comparisons between it and the lies and deceptions fed to the Australian population by this country’s press in the Iraq War years. Consider, as just one example of many, WikiLeaks’ publishing of the detainee assessment briefs and manual for Guantanamo Bay, where children as young as 15 were held, in contrast with the vapid first-hand account of the illegal prison presented by one of the Australian Broadcasting Corporation’s top foreign correspondents, Leigh Sales. 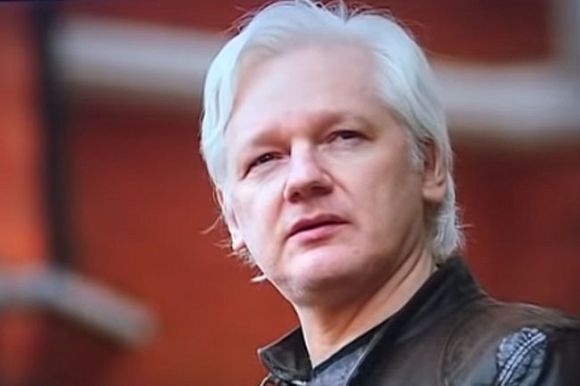 In 2007, Sales wrote of her second visit to Gitmo:

'At the same time, my own eyes and ears led me to believe that Guantanamo wasn’t as barbaric as it was made out to be either. None of the detainees came running to the wire, begging for help to get out.'

One Guantanamo Bay prisoner has recently waived his right to appear in court on numerous occasions because he suffered “rectal damage” while in custody of the CIA that makes it too painful for him to sit.

According to Bradley, it’s Assange that’s the “problem”, not the CIA spying on Assange and planning to kidnap or assassinate him with the help of UC Global as he held political asylum inside the Ecuadorian Embassy. After UC Global installed microphones in 2017, all of Assange’s conversations were recorded, including those he had with his lawyers outlining his defence strategy for the current case against him.

This is likely a violation of attorney-client privilege in itself and might be reason enough to throw out the U.S. case against him.

Bradley wasted his words on puerile arguments about Assange being a “tarnished hero” instead of communicating the most pressing things to know about Assange: six of the 18 counts against him are Espionage Act charges that criminalise the obtaining of 'national defense information', something journalists that report on their governments do every day.

Ten other counts relate to  the disclosure of national defense information. Again, a regular task for many journalists. One further 'conspiracy to commit computer intrusion' count relates to Assange allegedly offering to help Chelsea Manning crack a security code to help her avoid detection while she was obtaining U.S. Government documents.

This is a charge that amounts to an attempt to criminalise a journalist assisting a source to protect themselves, yet another activity that responsible journalists regularly engage in.

Even more terrifyingly, the case against Assange centres around “national defence information”, a nebulous term that might be applied to whatever information the U.S. Government so chooses. It doesn’t even have to be classified or top-secret information — much of the information leaked by Manning was unclassified and widely accessible to others in government. 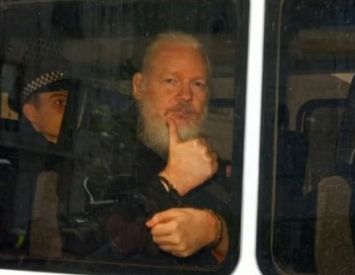 The U.S. using the Espionage Act against Assange is about making not just the publishing, but even the mere solicitation of government material a criminally punishable act.

The other lies Bradley packed into his 800 words are too numerous to properly rebut here, but quickly: questioning whether WikiLeaks is a journalistic outlet is another waste of time.

It has been recognised with press awards around the world for over a decade now, including a Walkley, and exposed human rights abuses globally. It is plain wrong to say that Assange did not redact the information he released — the compelling eyewitness testimony from Mark Davis can directly attest to that.

Further, there is no evidence of anyone becoming endangered by his reporting. In fact a 2013 investigation by McClatchy found officials couldn’t point to any examples of lives being endangered by WikiLeaks and in 2010, Obama officials privately admitted that any damage from the leaks was “limited” and that their public comments about the leaks having “seriously damaged American interests” were intended “to bolster legal efforts to shut down the WikiLeaks website and bring charges against the leakers”.

Assange is not 'forever an alleged rapist' because neither of the women involved in the Swedish case alleged rape and no charges were laid over nine and a half years — reading recent interviews given by the UN Special Rapporteur on Torture, Nils Melzer, is a good start to learning the truth behind what was, from the very beginning, a fabricated and politicised sexual misconduct case designed to trap Assange in legal limbo.

'Like anyone who attains the status of iconic mystery, Assange – not actually seen freely moving in public in a decade – has become less person and more mirror reflecting the meanings we choose to attach to him and his experiences. What he actually thinks is known only to him, and his lawyers presumably.'

Bradley was correct on one thing: using the word “mirror” in connection with Assange. This citizen of ours bravely risked his life and liberty to tell us ugly truths about U.S. imperial power and military machinery, which this country so strongly enables and supports.

He reflected right back at this country snippets of the destruction and mass civilian deaths we willingly participated in. His brave journalism exposed the bulk of our country’s media as the petty, unserious talking heads they are: journalists that don’t actually serve the public, but parrot the lies they are told by governments.

Contrary to what Bradley says, what Assange “actually thinks” has been well-documented for years now.

After seven years of arbitrary detention followed by three years of solitary confinement and other tortures in London’s Belmarsh Prison, Assange thinks of suicide constantly. That the U.S. is slowly killing this Australian journalist, partner and father before our eyes for exposing war crimes while the Australian Government does nothing and the majority of our press either remains silent or – when they say anything at all – write flippant and inaccurate stories about him demonstrates just how broken this country’s media is.

It shows how unaware we are of the press freedom we are about to lose and how deeply needed the work of Julian Assange and others of his ilk is.