As good as the action has been on the field, with the series tied 1-1, it’s arguably been matched, if not topped, by the happenings off of it.

Look no further than the past week when Cricket Australia stunningly decided to stage the third test, beginning on Thursday, in Sydney despite New South Wales battling to keep its recent COVID-19 outbreak under control.

Eight days on, it’s still hard to comprehend that the SCG will be staging the New Year’s Test, albeit at a reduced capacity of 10,000 fans maximum per day.

The seeds of the potential flow-on effect of this gamble taken by CA have already been sewn with the Indian team expressing reluctance at the prospect of undergoing strict quarantine in Queensland when they travel to the Gabba from Sydney for the fourth and final test which begins on 15 January.

That sentiment merely being made public by the tourists, whose governing body, the BCCI, is by far the most powerful in world cricket and is seen by many as the one that truly runs the game globally, automatically puts Brisbane’s status as the host city of the final test in some doubt.

In the space of just a couple of weeks, Sydney could go from potentially staging no test match cricket this summer to winning the rights to not one, but two tests in a staggering turn of events — such is life in the new unpredictable world of COVID-19. 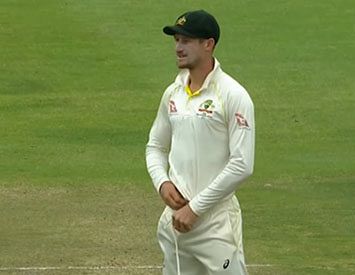 There are signs of a better future for Australian cricket, but professionalism in the sport has generated a sour new culture.

And we’re sure that India’s reservations about travelling to Brisbane have nothing to do with their appalling record at the Gabba (five losses, one draw) compared to their SCG record (one win, five losses, six draws) and has everything to do with living conditions (wink, wink).

But the off-field drama hasn’t been restricted to the uncertainty surrounding the venues, because both teams have been hit hard by injuries and unavailabilities as well.

Australia has had to contest the opening two tests without their preferred opening pairing of David Warner (groin) and Will Pucovski (concussion), who are on track to be selected on Thursday, and almost lost exciting youngster Cameron Green on the eve of the series after he also received a nasty blow to the head in a tour match.

Luckily for Green and fans of Australian cricket, he was passed fit and the 21-year-old has shown plenty of promise in his first two test matches.

Meanwhile, India has lost Mohammed Shami (broken arm) and Umesh Yadav (calf) for the rest of the series while Ishant Sharma (side strain) failed to make the journey to Australia.

But the biggest loss of all has been their superstar captain Virat Kohli who returned to India after the first test to be present for the upcoming birth of his child.

In many ways, this series has also already been a war of attrition.

And when you throw in India’s record batting collapse in Adelaide which saw them register their lowest ever score of 36 and the substandard performance of the brittle Australian batting line-up, which has already cost Joe Burns his spot and will likely see Travis Head or Matthew Wade follow him through the exit door it all makes for must-watch TV. We've also seen Aussie batting maestro Steven Smith’s unthinkable struggles at the crease making him look, dare we say, human and the overall dominance of ball-on-bat which has seen a wicket taken every 21.51 runs this series.

What’s in store for us in Sydney on Thursday? Who knows? But if it dishes up anything like we’ve seen so far in the opening two matches, Steven Spielberg might get on the blower to purchase the rights for the big-screen adaptation.