Australia has lost its cultural identity

Australia's rich Indigenous heritage, including astronomy, superfoods and even a monument older than Stonehenge is being ignored, writes Melanie McCartney.

THE AUSTRALIAN cultural mindset has been eroded and is becoming predominantly American.

The size of the American population and its dominance in movies, television and music meant that influence was inevitable, and it’s reflected in our fashion, and in language with words such as “like” and “bro”, and phrases along the lines of “you go, girl”.

American cultural imperialism has only been exacerbated since Australia signed the U.S. free-trade-agreement, AUSFTA, in 2004. Australia is losing its cultural identity.

Indigenous Australian culture actually has more in common with Australian culture than many may realise. The love and affection for Australian land is evident when so many Australians spend their time off work and on holidays to do such things as swimming, sun baking, surfing, yoga, meditating, mountain climbing and hiking.

Australia’s history with Indigenous Australians is also not what many may assume, with slave labour, stolen wages and stolen Federal maternity allowances and child endowments from their trusts. Indigenous Australians not only built the pastoral industry physically for Australia, but they also helped support it through the theft of their wages, labour, allowances and endowments.

The First Australians also worked in a wide range of occupations: as interpreters, concubines, trackers, troopers, servants, nursemaids, labourers, stock workers and pearl divers. What is also overlooked is that they are the oldest living culture on earth, with many achievements starting to come to light such as knowledge of superfoods, being the world’s first bakers and, perhaps, even being responsible for the world’s oldest astronomical map.

Many Australians, including Indigenous, have been raised with this American belief system always in the background. Calls get made to the American emergency number, 911, rather than our own national emergency number: 000. “Product dumping” is the norm, with American businesses selling their television shows in the Australian market for less than local production costs.

With an American population of about 325 million, it’s a lot easier to recoup your production and overall costs, and it means that sales to other countries are essentially pure profit for the United States. This makes it harder for local industry to compete, and it takes away any incentive to innovate or foster local production and talent. It also creates a deficit in our creative knowledge economy preventing innovation at a local level. More funding and tax breaks are needed to bolster confidence and to transition our creative knowledge economy for the future.

Between 1996 and 2000 Australia’s royalty trade deficit (including Information and technology) with the U.S. increased by 84 per cent. In the book How to Kill a Country by Linda Weiss, Elizabeth Thurbon and John Mathews, an Intellectual Property Right (IPR) tax is suggested. They argue that governments have always taxed property as a principal source of revenue, so why not tax royalty flows? For example, if Australian businesses paid royalties of $1 billion, the government could collect say ten per cent or $100 million and use the revenue to reinvest locally.

Forced control over the wages and savings of Indigenous Australians only ended in 1972 — and they didn’t receive equal wages until 1986. Despite stolen wages, slave labour and stolen benefits, they have fought wars for Australia without recognition and were thanked only with discrimination when they got home. They have been portrayed as nomadic hunter-gatherers, but evidence shows that they were actually Australia’s first farmers.

Grindstones that are 36,000-years-old have been discovered in NSW. They were used to turn seeds into flours for baking. The Gurandgi Munjie collective is made up of a number other Indigenous Australians living along the NSW south coast and in East Gippsland in Victoria. They’ve been trialling native millet, kangaroo grass and murnong crops to increase harvests and begin selling bread soon.

“One of our aims is to make sure our people earn a living out of it, as well as helping Australia learn about a natural Australian diet.” 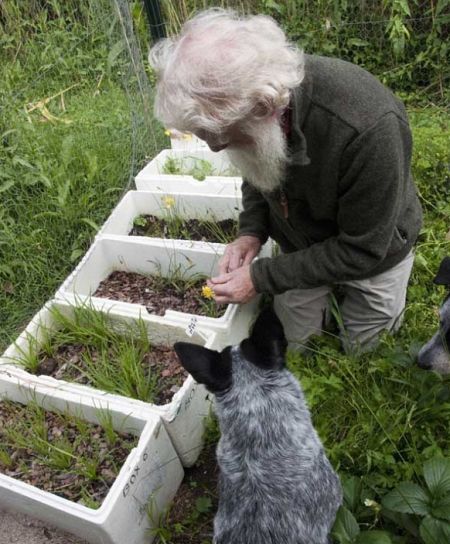 Murnong is also known as yam daisy and is a tuber that can be eaten like a vegetable; the seeds of millet and kangaroo grass make up the healthy, gluten-free flours.

Kangaroo grass flour has got a really beautiful smell and a nutty flavour. We love making the breads simply because it tastes so good, but also because it makes the kitchen smell good as well.

Environmentally it’s a pretty good deal. They’re perennials, so once you get your crop established you don’t have to plough the land again or add fertiliser or pesticide. Your CO2 emission levels are going to drop dramatically because you’re not turning the soil over and releasing carbon into the atmosphere.

Marnybi, Gugbinge, Kakadu Plum or Billygoat Plums have the highest natural vitamin C content of any food in the world and can be found in abundance in Wadeye, in the Northern Territory (NT). For Indigenous Australians it’s known as traditional medicine.

“It’s good for your headache. If we have headache at bush, we eat plum and it makes us feel good.”

It is considered a gift from the Dreamtime. It has taken off commercially as a powder for smoothies and to be sprinkled on to breakfasts as well as a good source of folic acid and iron. It may even protect against Alzheimer’s disease. With this success, however, comes biopiracy which locks up intellectual property around bush foods.

The intellectual property of bush foods is already being largely exploited by companies and individuals that are patenting native plant knowledge. Multinationals can come in and patent the use of products with little consideration for knowledge or history. The Northern Land Council is calling for a blanket moratorium on all patents over native foods and plants until a legal framework protecting Indigenous interests can be enforced. Andrew Forrest has been making noise again recently about a “premium” Australian brand to woo China — wouldn’t it be prudent for Indigenous Australians to have their own?

Australia may also be home to an ancient astronomical stone formation that could be older than Stonehenge. The Wurdi Youang stone arrangement, 45km west of Melbourne, was formed using 90 blocks of basalt and clearly depicts the equinox, the winter solstice and the summer solstice.

The Wathaurong people are the traditional owners. Geologists and experts have estimated it to be around 10,000 years-old, or 3,000 years older than Stonehenge. They used the sky to help them work out weather patterns too and shared this knowledge with one another through song and dance, for example, if stars are twinkling rapidly it’s because of high-altitude trade winds. Another example is if the stars are twinkling fast and are bright blue, storms are on the way. Dreaming and songlines are used as memory techniques to retain vast amounts of knowledge. 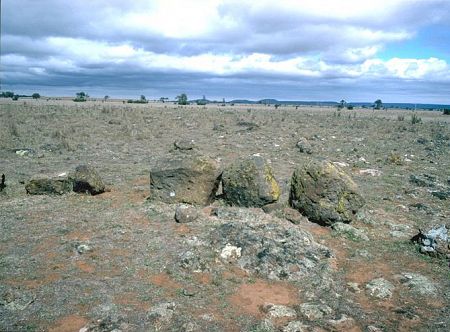 Indigenous Australians are being included and recognised as such a lot more with Acknowledgement of Country becoming the norm as well as Welcome to Country ceremonies.

Just about daily, more stories and discoveries like the ones above can be found if you look, though you won’t often find them in mainstream media. But you will find cartoonists like Bill Leak. The social media campaign that followed with #IndigenousDads to counteract the latter’s cartoon was heart-warming and shows that there is good will out there. The ABC television show Cleverman also helped to educate and give insight into Indigenous Australian culture.

Personally, I still can’t get Jesse Williams' speech at the Black Entertainment Awards about racism in America out of my mind.

In particular, the last paragraph:

"We’ve been floating this country on credit for centuries, yo, and we’re done watching and waiting while this invention called whiteness uses and abuses us, burying black people out of sight and out of mind while extracting our culture, our dollars, our entertainment like oil — black gold, ghettoizing and demeaning our creations then stealing them, gentrifying our genius and then trying us on like costumes before discarding our bodies like rinds of strange fruit. The thing is though … the thing is that just because we’re magic doesn’t mean we’re not real."

So much of the Australia that many grew up with and know is gone — owning your own home and endless summers at the beach have been replaced with longer working hours. That is, if you can get work and aren’t dealing with underemployment.

Now that U.S. and other multinationals are snapping up Indigenous bush foods and medicine patents, I think it’s time that we united and fought for our country's independence from America Inc — it’s a corporation not a country. Call out the mainstream-media misinformation, ignorance and racism when we see it and hear it. Acknowledge the ugly side of Australian history as well as all that we have in common and share this knowledge with others.

You can read more from Melanie McCartney on her blog or you can follow her on Twitter @CartwheelPrint.

The NTEU stands against the blatant exploitation of Aboriginal and Torres Strait Islander labour by the... https://t.co/E989Tr4WV9