The Anglican Church is using tens of millions of dollars it receives from taxpayers for aged care services to instead cover historic child sexual abuse claims.

Investigations reveal the church is using money from Anglicare Sydney, one of the nation’s biggest aged care operators, to pay child sex abuse claims and cover associated liabilities worth over $39 million — protecting the Church itself from exposure.

In 2016, the Anglican Church Sydney Diocese shifted all of its historical child sex abuse liabilities into the federally-funded Anglicare Sydney, as part of an internal restructure it called a “merger”.

Those abuse liabilities were initially recorded as $21.35 million. In 2020 – inexplicably – the church almost doubled that figure, increasing it by $19.14 million.

Anglicare Sydney is ‘economically dependent on the Federal Government’, its annual reports state.

Institutionalised, systemic abuse by the Anglican Church spans back to the 1800s and the liabilities transferred to aged care giant Anglicare Sydney include horrific crimes inflicted at some of Australia’s most notorious children’s homes and orphanages. 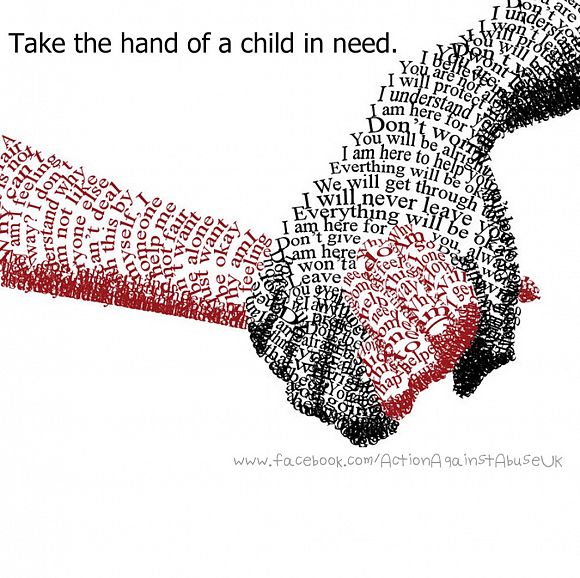 Time to stop protecting the protectors of child sex abusers

A Victorian parliamentary committee has recommended against the imposition of criminal penalties on people who protected child sex abusers in the past. Legal academic Kellie Toole says this is an affront to both victims and the community.

The Anglican Church Sydney Diocese ran multiple facilities that were for many decades the scenes of child rape and severe physical and emotional abuse.

Among them is the Charlton Boys' Home in Sydney’s Glebe, where hundreds of young boys were seriously abused over many decades — some dying from the injuries inflicted.

The Anglican Church Sydney Diocese is both the church’s biggest and most “conservative”, making headlines for donating $1 million to the “No” campaign against marriage equality and for telling people to “leave” if they believed the church should support same-sex marriage.

The Sydney Diocese is also one of the Anglican Church’s wealthiest, comprised of over 400 churches in the Greater Sydney area, covering much of the NSW South Coast, up to Newcastle in the north and the Blue Mountains and Lithgow in the west.

The intricate scheme hiving off the Anglican Church’s historic child sex abuse liabilities was directly overseen and approved by long-time Archbishop of Sydney Glenn Davies, as well as by the entire Sydney Diocese governing body.

Experts alerted to the Anglican Church’s actions said it was very possible other so-called “not-for-profit” religious aged care providers could also be engaging in similar activities to deflect their child abuse liabilities.

Despite the seriousness of the matter, Anglicare Sydney management – and its entire board – have repeatedly refused to respond to detailed questions put to them since December.

Anglicare Sydney is the operator of Newmarch House, where 19 aged care residents died after COVID-19 swept through the facility in 2020, in what was at the time the nation’s deadliest outbreak.

Anglicare Sydney, which operates 23 aged care facilities home to over 2,000 residents, has publicly admitted delivering sub-standard aged care, which it blames on a lack of government funding.

In its latest annual report, Anglicare Sydney says it is ‘one of the largest providers of aged care services in the country’ but is being ‘significantly impacted by a funding system’ that has ‘not been at the level required to sustain the levels of care that the community expects’. 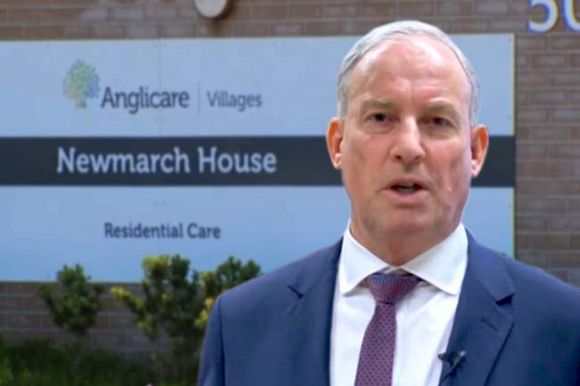 Senator Richard Colbeck gave Newmarch House the green light to keep operating despite it failing over 80 per cent of its safety standards.

To date, Anglicare Sydney has been used to pay out $7.6 million of Anglican Church child sex abuse claims.

Last year, Anglicare Sydney announced that due to an alleged lack of government funding its financial situation was “dire” and that it would slash 125 aged care jobs to save $7 million to $7.5 million annually.

“That is not the way we want to go, but if we want to stay viable – able to operate – there is very little else.”

Anglicare Sydney’s executives and its entire board have pointed to the group’s 2019-2020 financial accounts as evidence of its alleged “dire” financial position.

Yet 2019-20 was when Anglicare Sydney was inexplicably laden with the additional $19.14 million in child sex abuse liabilities, which accounts for much of its poor performance.

Anglicare’s claims of facing a “dire” financial situation are despite it receiving an eve-watering $1.5 billion in taxpayer funds in the past seven years alone.

As previously revealed, the group’s assets, fuelled by massive taxpayer funding, had ballooned to $2.035 billion by mid-2020.

The Anglican Church has its roots in Australia dating back to White settlement in 1788, although it was called the Church of England until 1981.

The 2016 “merger” creating Anglicare Sydney was orchestrated at the top levels of the Sydney Diocese and included the close oversight of long-time Sydney Archbishop, Glenn Davies.

(Davies was Sydney Archbishop from 2013 until March last year when he retired having reached the time limit the church sets for the position. He was replaced by Kanishka Raffel, who had held the Anglican Church position of Dean of Sydney since 2015.) 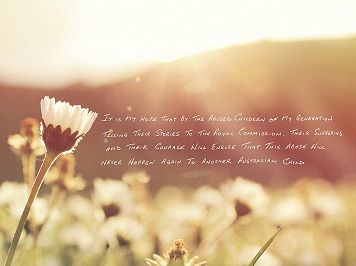 DUNCAN STORRAR: The Royal Commission: Why I just had to go

Duncan Storrar was abused in state-run facilities as a child. It scarred him for life. Duncan testified about his experiences to the Royal Commission. He was there at the final day of hearings last month. His account of the day is an emotional rollercoaster ride — remarkable for its honesty, insight and candour.

The Sydney Diocese is controlled by a “Synod” headed by the Archbishop of Sydney.

In 2016, the Anglican Church created Anglicare Sydney in what it called a “merger” between two of its entities — Anglican Retirement Villages (ARV) and the Sydney Anglican Home Mission Society (SAHMS).

It was ostensibly to give the church more “scale” in the aged care sector. In fact, it saw tens of millions of dollars of its historic child sex abuse liabilities hived off to its (taxpayer-funded) aged care arm.

Anglican Retirement Villages (ARV) was created in 1959 when it opened its first retirement village at Castle Hill in Sydney’s west.

While ARV and SAHMS each had their own CEOs and management, they were both under the full control of, and fully answerable to, the Sydney Diocese and its chief, the Archbishop of Sydney.

Despite the scheme being labelled a “merger”, SAHMS still exists in its own right and remains fully controlled by the Sydney Diocese.

SAHMS also technically still has all its historic child sex abuse “liabilities” — except these are now covered by Anglicare Sydney.

This was achieved by the newly-created Anglicare Sydney in 2016 providing a SAHMS with an “indemnity” against all its liabilities, “actual and contingent”.

‘Under the terms of the merger of ARV and Sydney Anglican Home Mission Society (SAHMS) in 2016, (Anglicare Sydney) has granted an indemnity to SAHMS in respect of the remaining liabilities of SAHMS, actual and contingent.’

A similar statement appears in the “notes” deep in each of Anglicare Sydney’s annual reports, starting in 2017-18, its first full year of operations post “merger”.

No mention of “abuse”, or what the SAHMS “liabilities” actually relate to, is made in any of the annual reports.

Anglicare Sydney’s annual reports show the size of its SAHMS “indemnity” started at $21.35 million on 1 July 2017. That year, Anglicare Sydney paid out $1.17 million in abuse claims.

The size of the SAHMS “indemnity” remained relatively constant, around $20 million, until 2019-20 when it inexplicably exploded to $35.2 million.

The current value of the SAHMS indemnity ($31.75 million) and the payouts to date ($7.6 million) means Anglicare Sydney is being used to cover $39.35 million of Anglican Church child abuse liabilities.

It states the indemnity to SAHMS is to ‘cover its ongoing and historical liabilities’ regarding ‘survivors of child abuse’.

It shows ‘initial discussions’ about a potential ‘merger’ commenced ‘about two years ago in 2014’.

The matter went cold until late 2015.

On 27 April 2016 Sydney Archbishop Davies held a Special Session of the Synod to formalise the merger. 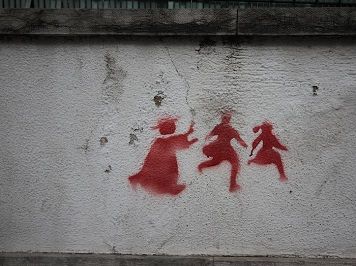 There were more than four times the number of child abuse allegations against the Catholic Church than any other religious group.

The Anglican Church appointed Millard as CEO of SAHMS in 2011.

It then appointed him CEO of the new “merged” Anglicare Sydney in 2016.

As previously revealed, before joining the Anglican Church in 2011, Millard spent 13 years working for Coca-Cola, including running international tax affairs for a global arm of confirmed global tax cheat.

It was revealed that while at Coca-Cola, Millardran a string of “shell” companies in the notorious tax havens of Luxembourg and Guernsey.

Millard’s tax haven past was revealed in September 2020.

Millard announced his “retirement” from Anglicare Sydney in May 2021.

Millard and Anglicare Sydney threatened serious legal action including an “injunction”, “costs” and demanded an “urgent takedown” of the highly-detailed first exposé.

The request was refused, noting the article was entirely accurate.

No response was received from Millard or Anglicare Sydney.

All requests for comment since then have gone unanswered.