Psychedelic rockers Stonefield are a band that demands your attention, writes Mike Harris.

FORMED ON THEIR parents’ farm in country Victoria in 2006, the Findlay sisters, Amy, Hannah, Sarah and Holly surprised and excited many in the musical industry winning the 2010 Triple J Unearthed competition while they were still teenagers. Their '70s inspired rock provokes an image of musicians well beyond their still relatively young ages.

Eight years and three studio albums later, their latest record Far from Earth shows a band growing beyond their psy-rock roots into a more progressive sound. The band sat down with me be to talk about the new album, touring and their 12-year musical journey.

“This last record has definitely been a creative transition, we really like to explore the different aspects of rock as a genre of music," explains Amy Findlay. "We wanted to make an album with different dynamics of light and shade but still make it sound like one of our records.”

Stonefield’s approach to recording a new album is quite raw and organic, something that is obvious when listening to their music, as Amy says:

“We have always tried to record our albums as live as possible, we record in the very same room so we can see each other and interact. For us an album normally takes about a month to record however this time we were much better able to achieve what we were happy with in less takes. If you spend time going over and over it again it can only make things worse.”

“I think that’s something we have struggled with a bit in the past,” Hannah adds.

“As far as writing the songs goes, we just go into our shed to jam and work on any ideas that come up. Holly generally has a few lyrical ideas or the start of a song that we work on.”

One thing the girls did differently this time was to record the new album in Los Angeles Ultrasound Studios with a new producer Stephen McBean from the Canadian psychedelic rock band Black Mountain.

Amy breaks it down:

“We started writing the new album before we even finished our last one because the recording process takes such a long time and there was a lot of waiting around and time to write. After we began working with a new manger in the states he hooked us up with Stephen who we got along with really well so we recorded it there with him.”

Having broken into the music industry at such young age and having the weight of expectation on them, the girls have bucked the pressure to produce radio friendly material. Stonefield want to forge their own musical legacy, one based on being true to their original vision — simply making music they want.

“One of the reasons that the song writing has gotten easier over time is in the sense that we are no longer worried about what other people think, such as record labels saying there is no radio friendly song on the album,” Hannah says.

“I think we have shown the industry that we have taken charge and have taken the time to grow and know what we want. Because we started so young and in the public eye it felt a little awkward early on."

Despite the interest in the band early on, the sisters feel that there was always an expectation in the music industry that the band wouldn’t last and was just a passing fad. Many also thought that they would struggle with the demands of the modern rock scene.

“When we started there was a big focus on the novelty that we are sisters and questioning wether we would still be performing for years to come, so I guess we kind of proved that wrong,” Hannah muses.

“Every band has a story of how they started In the early days there was a lot of pressure to produce radio friendly songs, it was a bit like it was all about triple J. and making sure we had something they could air.”

“Eventually the gimmick wears off and it has to become about the music,’’ Sarah concludes.

Whenever the Findlay sisters are interviewed, the focus inevitably falls on the girls themselves. Much of it is already been written, and it would be unsurprising for anyone to discover that the sisters don’t always get along and sometimes fight when touring. However, when asked which of them has the most annoying habits on tour, the girls all agree: “Holly”.

“I just like to take my time when getting ready!” she protests.

Stonefield have recently finished a run of shows in the U.S. and have bigger plans for when the finish here in Australia. They have just announced they are finally touring mainland Europe, which has been a long held dream for them.

“We are performing at a festival in the Netherlands and then we’ll be following up with shows in France, Italy, and maybe Russia, its all still in the works."

Considering a career packed with amazing experiences, I ask them what their most memorable moments so far have been.

Amy thinks for a moment, then replies:

“Hearing your song on the radio for the first time ever. Getting to play Glastonbury not long after we broke; Holly was the youngest performer there ever. And getting to tour with Fleetwood Mac.”

Mike Harris is a freelance journalist and photographer, having recently graduated from Griffith University with a Bachelor of Journalism. Stonefield have been touring Australia since April. They end their tour tonight at the Tote in Melbourne tonight. You can book tickets for this event HERE. 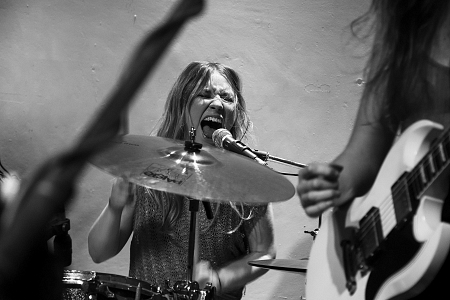 Amy sings up a storm at Mo’s Desert Clubhouse 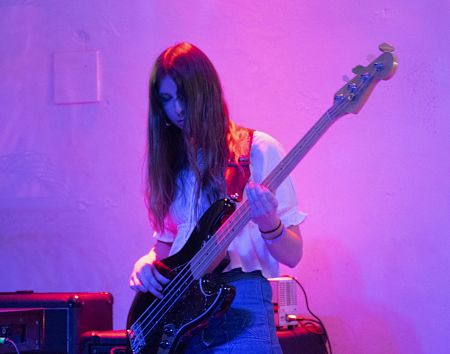 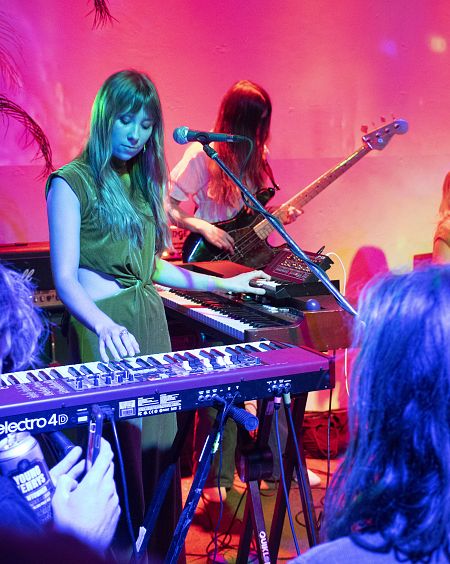 16 June 2018, 11:00am Psychedelic rockers Stonefield are a band that demands your attention, write Mike ...
Join the conversation
comments powered by Disqus
News updates