New Music Through Old Ears: Eminem and McCartney get Blunt

This week, entertainment editor John Turnbull has new music by one of Rock’s elder statesmen, one of Rap’s biggest selling artists and a man who really should have stayed retired…

New Album by an Ex-Beatle

Back before he was famous for being an elder statesman of Rock ‘n Roll, Sir Paul McCartney was better known for being in one of the most influential bands in the world — Wings.  He was also in a mildly popular skiffle group called The Quarrymen, but as far as I know they never went anywhere …

When it comes to the Beatles, the whole was far greater than the sum of its parts.

It has been 43 years since the band broke up, which is more than four times longer than they were together.  Despite this, Beatles music continues to resonate with new audiences, with a fresh Greatest Hits collection released every few years.

In the face of this ongoing adulation, 71 year old Paul McCartney could probably sit back in his castle, drink sherry and watch Thomas the Tank Engine on his giant TV. Instead, he’s out there recording new music. But is it any good?

The album starts out strong, with the rocking Save Us, followed by the jaunty Alligator. Less successful is On my Way to Work, which seems to be Paul’s perspective on what it must be like to be a normal person catching the bus to work. Uh, not quite, chief. Early Days is a nice, simple guitar driven tune, while the title track sounds a hell of a lot like someone trying to channel the Beatles …

Full credit must go to McCartney for producing an album that sounds fresh in 2013. Not everything works, but Macca remains one of the greatest songwriters of all time and, as such, a new album from him is always worth checking out.

Some people say that you’re either a Beatles fan or a Rolling Stones fan — you can’t be both.  While this is clearly bollocks, I’ve always preferred the Stones.  If you take solo recordings into account, however, the Beatles are clear winners.  In comparison with She’s The Boss, Mick Jagger’s much derided solo release, Paul McCartney’s New is a bloody masterpiece.

Best tracks: Save Us, New, Everybody Out There

Verdict:  7/10 — probably not the first McCartney album you should buy, but a good addition to an existing collection.

It has been 14 years since Eminem released the Marshall Mathers LP, notable as the most successful album by a white rapper since Vanilla Ice released To The Extreme in 1990. Eminem’s debut album was at times profane, inflammatory, misogynist, homophobic, sensitive and raw, and introduced themes that would become touchstones throughout his career.

It’s probably fair to say that Marshall Mathers has issues. Substance abuse issues. Daddy issues. Ex-wife issues. Mummy issues. Daughter issues. He’s been mining the same fertile ground for 14 years and, as a result, his albums tend to blend into one another.

While this isn’t necessarily a bad thing, The Marshall Mathers LP2 deliberately goes back to the beginning and digs up the graves of issues that most people would have left buried.

The album starts off with Bad Guy, a seven minute plus angry rant featuring the return of fan favourite Stan, the pregnant girlfriend murderer (or possibly his brother). It’s far from the strongest track on the album and seems to have been placed up front to incite controversy with scattered homophobic slurs (which can’t actually be homophobic of course, because Eminem is just a character and anyway he’s friends with Elton John).

Things improve significantly with Rhyme or Reason, with each of Eminem’s personas (Marshall, Eminem and Slim Shady) playing call and response with The Zombies classic Time of Season. So Much Better is a hate-filled missile with an insanely catchy hook aimed at his ex-wife Kim, whom he accuses of sleeping with both Dr Dre and rapper Lupe Fiasco.

By now almost everyone would have heard first single Berzerk, produced by and guest starring uber-producer Rick Rubin.  Known for his ability to help Rock and Metal bands capture their ‘on-stage sound’ on record, Rubin shares executive producing duties on the album with Dr Dre, which suggests that Eminem is either very forgiving of his friends or lives his life by the Rap code ‘bros before hoes’.

Legacy takes Marshall back to his deeply unhappy childhood, anchored by a stunning hook from singer/songwriter Polina. Asshole is unfortunately not a cover of the Dennis Leary song, rather a self-aware look at his place in the world, driven by an urgent jungle beat and chorus from Skylar Grey. Recent single Rap God tells the story of how awesome Eminem is, and definitely isn’t homophobic because he’s friends with Elton John, you know?

Eminem has sold over 100 million albums in his career, which is more than Public Enemy, NWA and Run DMC combined.  While nobody in their right mind would argue that album sales are a measure of talent, it’s an interesting insight into the habits of the record buying public.

Sample lyric: ‘My life would be so much better, if you just dropped dead.’ (So Much Better)

When he was a younger man, James Blunt was a Captain in the British Army.

Some time after that, he became a singer, releasing one of the most grating love songs of the past ten tears, the execrable You’re Beautiful.

Despite almost nobody admitting to liking him, Blunt went on to sell over 11 million copies of his debut album, Back to Bedlam. Second album All the Lost Souls sold a modest five million, while third album Some Kind of Trouble barely broke the million mark off the back of frankly awful single Stay The Night.

To the delight of many music fans and the amusement of the Twitterverse, James Blunt announced his intention to retire from music in 2012. Perhaps realizing that he had no other marketable skills and the army didn’t want him back, Blunt later claimed it had all been a big joke — but still the tantalising hope remains.

As if to laugh in the face of anyone who dared to hope, less than a year later Blunt has released his fourth studio album, the vaguely concept-ish Moon Landing.

I say concept-ish because there are a number of allusions to space travel, but Blunt refuses to go the whole hog, force-fitting love metaphors where a lonely death (a-la Space Oddity) would have been far more appropriate.

I tried to go into this album with an open mind and, on first listen, a couple of the tracks were almost okay, in that they weren’t actively horrible. One of these songs was first single Bonfire Heart, which lost some appeal on second listen before becoming absolutely horrible by the time I heard it on the radio three times in an hour.

I couldn’t remember the name of the other song that wasn’t too bad and on the second listen it seems to have disappeared. I did notice, however, that no fewer than four of the tracks feature ukulele, which in my opinion is about three and a half tracks too many.

Best tracks: Bonfire Heart is as good as it gets, folks.

When I first discovered Old Man Luedecke, I was somewhat surprised to discover that he is not, in fact, an old man. Looking somewhere in his mid-thirties, Chris Luedecke could barely be considered Middle Aged Man Luedecke.

This unconventional naming approach makes more sense when you take a listen to Tender is The Night, the new Bluegrass / Folk album by the aforementioned Not Quite Middles Aged Man Luedecke.

Bluegrass is a tricky genre to sustain over an entire album, but Luedecke knows what he’s doing. He’s been recording since 2003, and his 2008 album Proof of Love won the Juno Award for traditional folk album of the year. His songs are catchy, and there is enough variety across the album that one track doesn’t blend into the next.

With literary inspiration from Great Gatsby scribe F. Scott Fitzgerald, Tender is the Night is an album full of unexpected charms and mixtape talking points.

Verdict: 7/10 — Undoubtedly the coolest bluegrass album I will listen to this year. 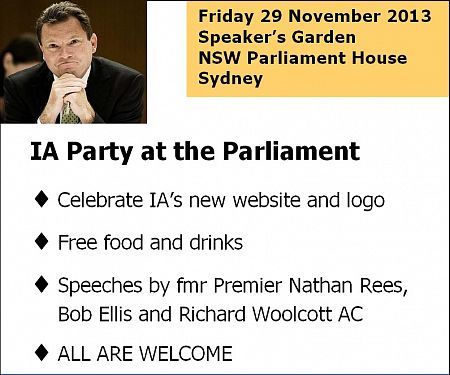