One of rock and roll's most important and influential artists, Lou Reed, has died, but he will not soon be forgotten. 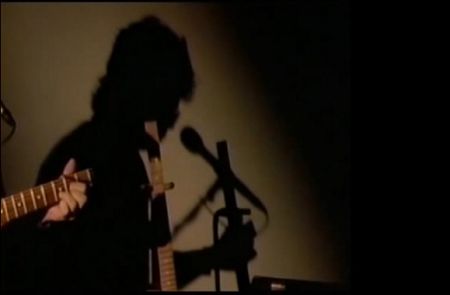 A NOTORIOUSLY DIFFICULT INTERVIEWEE whose songs focussed on dark subjects like hard drug use and sadomasochism, Lou Reed was destined to have a career without the benefit of radio airplay.

However, his death from liver failure at age 71 on 27 October has touched people around the world and prompted tributes from some of the biggest names in rock music.

"He was a master," said David Bowie, a close friend who co-produced Reed's most commercially successful album, Transformer, in 1972.

Transformer was Reed's first outing as a solo artist and featured an ironic yet affectionate tribute to the hustlers, drag queens and various misfits he had known as front man for the Velvet Underground. Called Walk On The Wild Side, it was Reed's only mainstream hit and perhaps gives a false impression of an artist who was a renegade and a rule-breaker throughout the five decades he spent in the music industry.

While not commercially successful, the songs Reed performed with the Velvet Underground are more representative of the cynical, deadpan manner that became his trademark and made him one of the most influential performers in music history.

Brian Eno once joked that only 30,000 people bought a copy of the Velvet Underground's debut album, but everyone who bought one went off to start a band.

This is precisely what Reed did after studying journalism, film making and creative writing at Syracuse University, and then moving to New York City in the 1960s to take up a job as an in-house songwriter at Pickwick Records.

Reed scored a minor hit in 1964 with The Ostrich, a parody of popular dance songs of the time performed with a makeshift band called The Primitives.

The best thing Reed got out of The Ostrich was a firm friendship with a classically trained Welsh musician called John Cale. However, Reed's inclusion of lines such as "put your head on the floor and have somebody step on it" ensured his tenure at Pickwick Records was brief.

Cale, a true soul mate, encouraged Reed to write songs about his own personal experiences.

These included Reed receiving electroconvulsive therapy as a teenager in an attempt to cure his bisexuality, cross-dressing, and his use of hard drugs, which he incorporated into the iconic Velvet Underground tracks Heroin and I'm Waiting for the Man.

When pop artist Andy Warhol discovered the Velvet Underground, he made them his house band and introduced them to a beautiful German chanteuse called Nico.

After later signing with Atlantic Records, Reed was encouraged to focus on lighter subjects in an attempt to make Velvet Underground more commercially successful.

He refused to toe the line, and released songs such as Venus In Furs, in which he sings about the joys of sadomasochism.

Reed followed this up with the epic Sister Ray in 1968, which ran for a staggering 17 minutes on the White Light/White Heat album and covers the waterfront as far as taboo subjects are concerned.

When asked to explain where he got his inspiration for Sister Ray, Reed said:

After the Velvet Underground broke up, Reed remained true to form. He refused to be categorised, or kowtow to record company expectations and released avant garde "concept" albums such as Full Metal Machine Music. This was savaged by the critics, some of whom heard the screaming feedback that passed for music and speculated that there must have been a mistake made at the pressing plant.

Reed didn't find commercial success until 1974, after Bowie discovered him and agreed to produce Transformer with Mick Ronson.

Upon being introduced to Reed's music, Bowie said:

"I had never heard anything quite like it. It was a revelation to me."

With the help of Bowie and Ronson, Reed wrote more commercially palatable songs such as Vicious and Perfect Day.

However, following Transformer, Reed reverted to form and released a dark concept album called Berlin. This featured the sordid tale of Caroline, a beautiful junkie slut who had her children taken from her by the Welfare Authority of New York City.

Although he said that he was Jewish, Reed added:

"My God is rock and roll. It’s an obscure power that can change your life. The most important part of my religion is to play guitar."