Working for an entity that upholds ethical values such as environmental sustainability is essential for our job satisfaction and mental health, writes David Ritter.

WE ALL LIKE to feel good about our work. As any number of management books will tell you, purpose and meaning matter for personal wellbeing, job satisfaction and staff retention; as workers, we want to do good, or at least to know that we are doing no harm through our labour.

The onset of the climate crisis has made this more complicated. Individuals who work for the major polluters – coal, oil and gas corporations – are now in the invidious position of serving businesses that are destroying the conditions for life on earth.

Then there are all the lawyers, consultants, accountants, contractors and others who are the enablers of the coal, oil and gas corporations, and form an intrinsic and active part of the fossil fuel order. A lot of people are, truth be told, being paid to turn up to work to ruin the world for their own children and grandchildren, and themselves.

'People who work in a place that aligns with their values, that they feel good about, and that’s contributing in a positive way to the future, they will feel better about their mental health.’

The corollary is that those who are working for the big climate polluters may feel deeply conflicted about their work, potentially leading to damaged mental health. Sometimes, this can boil over.

The global consultancy outfit McKinsey achieved (even more) notoriety in Australia last year when it was revealed that the firm had provided whatever modelling had underpinned Prime Minister Scott Morrison’s empty and nonsensical climate "plan".

In the same month, it was revealed that more than 1,000 McKinsey employees had rebelled about the company’s ongoing role in advising some of the world’s largest polluters, signing a letter of protest to management. 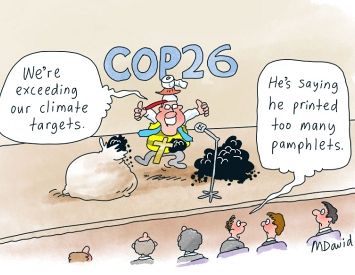 As The New York Times observed:

‘Well-funded clients, such as Chevron, Shell and Canada’s Teck Resources, hire McKinsey to further business goals that often have little connection with the global push to limit greenhouse gases.'

Instead, the expensive advice of all those McKinsey consultants goes towards enabling the "fossil fuel majors": to keep polluting the atmosphere and driving the climate emergency.

The New York Times also reported that some McKinsey consultants went so far as to resign over the company’s filthy trade with fossil fuel companies.

In Australia, AGL is infamous as Australia’s largest climate polluter responsible for around 10 per cent of our country’s annual domestic emissions.

It is a matter of public notoriety that Greenpeace has been actively campaigning to persuade AGL to commit to closing its dirty coal-burning power stations on or before 2030 for about a year.

We very publicly called out AGL as ‘Australia’s greatest liability’, exposing the company’s pollution and greenwashing. AGL sued Greenpeace over this and lost badly in the Federal Court of Australia.

Greenpeace’s campaign continues because it is fundamental to Australia’s clean energy transformation that AGL does the right thing. They are too big a slice of our domestic emissions pie to be allowed to fail.

Right now, though, AGL is planning to keep mining and burning coal into the 2040s. This is not an accident, but a consequence of deliberate executive decision making. The same group of corporate leaders at AGL has presided over extraordinary shareholder value loss.

As the Australian Centre for Corporate Responsibility has pithily pointed out:

‘According to ASX disclosures, the directors of AGL have failed to match their view of the company’s worth with personal investment in the company.'

But what about AGL’s employees?

What about the folks who went to work at AGL under the visionary leadership of Andy Vesey who thought they were going to be at the forefront of decarbonisation? What about the employees who reasonably thought that they could trust the executive leadership of an iconic Australian business to do the right thing on climate change?

What about those who are yearning to put their talents – in engineering, accounting, management, logistics, whatever – in the service of Australia’s clean energy revolution and to be on the right side of history? 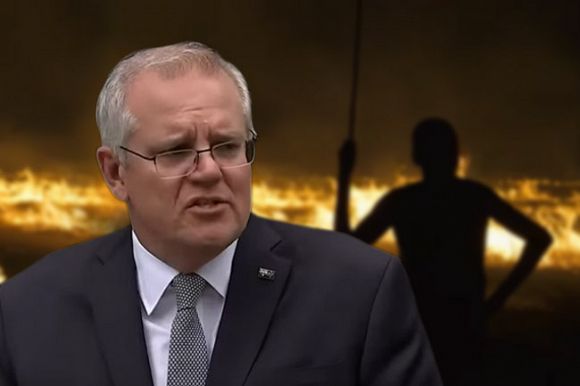 The Mike Cannon-Brookes and Brookfield joint bid for AGL was exciting from an environmental perspective because they were promising early closure of coal-burning power stations. But for investor analysts like Snowcap, the prospect of bringing forward coal closure to 2030 was also exciting because it promised to unlock value in AGL that is currently being squandered because of the failure to leave coal behind and adjust to the new energy economy.

My bet is that the Cannon-Brookes and Brookfield bid would have unlocked value in another way too – by giving the employees of AGL something to be excited about; a commercial agenda worthy of their talents – a practical means of aligning their work with their values.

And it is not just AGL. There are opportunities in every workplace. At major corporations like Woolworths, Bunnings, Telstra, Coles, TPG Telecom and others, whole teams are now dedicated to shifting to 100 per cent renewable electricity by 2025 or sooner.

Aldi have already got there.

For any employee looking to drive work at their business, WorkforClimate is a dedicated organisation and platform with a mission to help everyone amplify their impact on climate change in their workplace.

You can have a look at their resources and become an agent of systems change, contributing to a safer future for our planet and our kids, today.