Uniting for Gippsland not Gasland 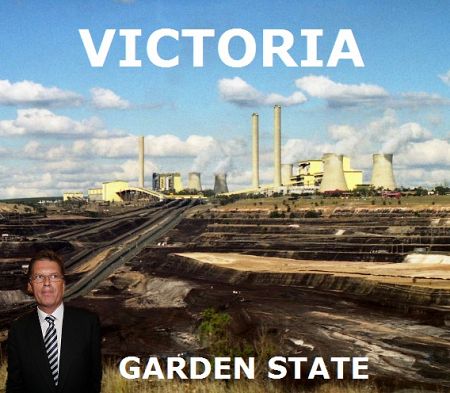 As mainland governments look to make a motza in royalties from gas and coal expansion, rural communities in Victoria are taking their lead from the north. They are gearing up for an energy war.

On Good Friday eve, while Melburnians who enjoy a spot of fishing or bushwalking might have headed to Gippsland, community leaders from this popular tourist destination were heading to Melbourne.

An estimated 80 per cent of Gippsland is now under exploration licence, after the Baillieu government staked its future on brown coal. Fearful that prime farmland and pristine landscapes would be lost forever, the ten community groups attended a workshop convened by Victorian Environmental Defenders Office. They resolved to unite with a single voice.

“We all have a common interest in future prosperity” said the conveners of the workshop.

“Unfortunately, we also now have a common threat to our livelihoods and that threat is mining and the potential for huge tracts of agricultural land to be wiped out forever.”

Tracey Anton, spokesperson for the new ‘alliance for mining reform’, said they will be fighting for environmental reforms:

“Governments are sacrificing the future of many in exchange for the economic gains of a few. But this new alliance will give us a greater voice.

“We’ll be fighting for reforms to get rid of outdated laws and ineffectual or non-existent compliance. We want environmental reforms and a moratorium on coal seam gas exploration.”

Heading their concerns is food security followed by water and threats to tourism and property values. They see economic diversity, health and reduced carbon emissions as the dividends.

The alliance is critical of the government’s failure to address the nexus between food security, energy and water in a way that is sustainable.

“We want people to be aware that our government is choosing short term dollars – often ending up in foreign corporate pockets – against long term losses of food and fibre production and our ability to maintain viable rural communities,” said Tracey Anton.

Food security is now a major global concern. The rest of the world is taking this problem seriously. In November 2011, governments and agencies from around the world gathered in Bonn, Germany, for a conference on water, energy and food security. The solutions to balancing these three competing pillars of sustainability will form part of this year’s ‘RIO+20’ process.

Anton believes there will be widespread appreciation for the new alliance.  Information has been difficult to find.

“Farmers in particular want to highlight this and are largely unhappy about the response from their industry organisations. In order for all Victorians to have a voice, they need the basic facts.  We want to alert the people to the scope of the Exploration Licenses, where they are and what they’re for.”

Welshpool resident, Dr Chris James, is not happy about the way farmers on properties with mining licences are allegedly “contacted, signed up with confidentiality clauses and any communication with the local population left to the local council”.

“From Yarram to Toora every second farm appears to be on the market and I believe the fishing industry is facing ruin over the mining, but people are leaving not protesting.”

Anton doubts the change from rural landscape to future quarry has registered with the Baillieu government.

“The Victorian government’s first Regional Living Expo will be held at the end of this month at the Melbourne Expo Centre. How ironic that it is hoping to attract those wishing for a tree change”.

In last month’s Essential/Environment Victoria poll, 76 per cent of Australians want their State Governments to reduce greenhouse pollution. Support for energy efficiency and renewables was overwhelming with only 22 per cent of Victorians supporting the new 2km buffer for wind farms.