Mining giant Santos has been ordered to shut down a major drilling operation after it was found that local Tiwi Islanders had not been consulted. Dr Binoy Kampmark reports.

FEDERAL COURT Justice Mordecai Bromberg has been in the environmental news again, this time throwing a large judicial spanner in the works of Santos and its drilling efforts in the Timor Sea.

On this occasion, the Federal Court found that the National Offshore Petroleum Safety and Environmental Management Authority (NOPSEMA) should never have approved the Barossa Gas Project, which would entail drilling at a site 140 kilometres from the Tiwi Islands. NOPSEMA’s primary role is to regulate offshore petroleum activities in Australian waters and is tasked with examining environmental plans under the Offshore Petroleum and Greenhouse Gas Storage (Environment) Regulations 2009 (Cth).

The project has something of a sketchy history. Santos, Australia’s second-largest independent gas producer, purchased it in 2020 from the U.S. oil and gas giant ConocoPhillips, a company that showed a distinct lack of interest in consulting the Tiwi Land Council over its drilling plan. Allegations have been made that a mere two emails were involved, including a phone call to the Tiwi Land Council that went unanswered.

Drilling commenced in July, taking place in waters between 204 and 376 metres deep, some 33 kilometres from the Oceanic Shoals Australian Marine Park. In terms of value, the natural gas project is predicted to be worth U.S.$3.6 billion (AU$5.5 billion) and produce up to 600 jobs. 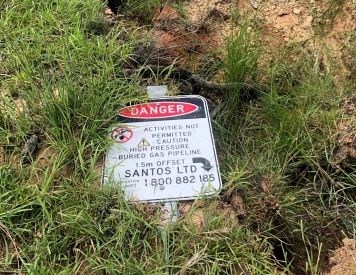 An audit by Queensland’s Petroleum and Gas Inspectorate revealed discrepancies between company and government reporting and appears to play down problems including leaking wellhead equipment and coal seam gas well integrity.

Such figures did not faze Justice Bromberg, who turned his forensic eye both to the conduct of Santos and the statutory body responsible for the approvals. It also helped that a portion of the proceedings was held in on-country hearings at Pitjamirra featuring traditional song and dance ceremonies.

It was found that Santos had not, for instance, identified relevant persons to consult as required under the Regulations (a ‘relevant person’ being one ‘whose functions, interests or activities may be affected by the activities to be carried out under the environment plan’). NOPSEMA accordingly missed relevant pieces of “probative information” important to performing its assessment, notably on the relevance of the sea country material. It even seemed to misconceive what its task was.

The legal action was launched by Dennis Tipakalippa, who claimed after the legal victory:

“The most important thing for us is to protect our sea country.”

The Munupi Elder insisted that he and other Elders were not consulted over the environmental plan developed by the company and feared that the project could cause damage. Last month, he called the conduct by Santos “a big backstab”.

Santos, for its part, was convinced that it acted in accordance with ‘previous practice’, never reassuring given the often brash conduct of Australian companies in the field of drilling and mining. It had, for instance, engaged the Tiwi Land Council, a body vested with statutory authority under the Aboriginal Land Rights (Northern Territory) Act 1976. It had also endeavoured to consult the Northern Land Council, the Native Title body representing the Tiwi Islands. It was precisely such approaches vis-à-vis these two bodies that led NOPSEMA to accept the environment plan. 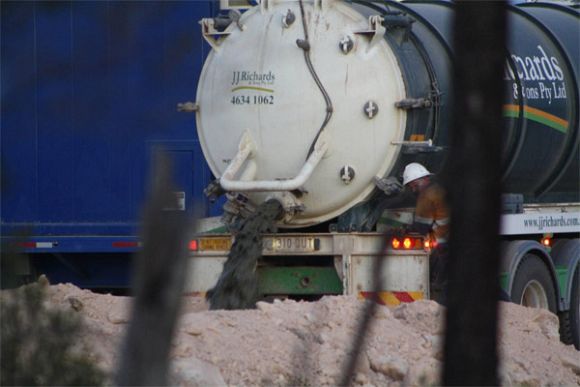 The controversial Narrabri Gas Project has raised concerns over the disposal of toxic waste products.

Santos is a company that flirts and carouses with different versions of environmental reality. Its glossy image is that of an ecologically conscious energy giant. Its behaviour is far closer to that of an emitting buccaneer. In 2019-2020, it was responsible for emitting 7.74 million tonnes of CO2 from direct operations, with its end use of natural gas emitting 28.6 million tonnes of CO2 equivalent. Hardly a glittering record for a clean energy provider.

The Australasian Centre for Corporate Responsibility (ACCR) took issue with this streaky record, smelling a greenwashing enterprise in the making. In 2021, the ACCR commenced proceedings in the Federal Court alleging that the company had breached the Corporations Act 2001 (Cth) and the Australian Consumer Law in engaging in misleading or deceptive conduct over its “clean energy” claims and net zero plan announced in its 2020 Annual Report.

The legal action was singular in being one of the first to directly confront the veracity of a company’s net zero emissions project, with a sceptical focus on carbon capture and storage (CCS) and the role of blue hydrogen in the energy transition. (The Barossa Gas Project is central to such claims.)

Additional information supplied by Santos since has led to an expansion of the ACCR case, incorporating Santos’ 2020 Investor Day briefing and 2021 Climate Change Report. Amended pleadings were filed last month by lawyers from the Environmental Defenders Office (EDO) acting on behalf of the ACCR.

Tipakalippa is confident that the legacy of this decision will linger as a warning:

“We want Santos and all mining companies to remember — we are powerful, we will fight for our land and sea country, for our future generations no matter how hard and how long.” 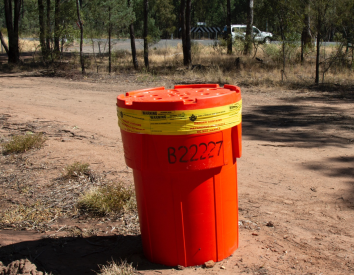 Santos has questions to answer over a 2016 incident, writes Johanna Evans.

Special Counsel of the EDO Alina Leikin also sees the case as a model for future litigation:

“It will have national and global implications for consultation with First Nations peoples on mining projects.”

This shows admirable confidence, but Santos and its fraternal band of earth plunderers are clear they will leave no stone unturned or money yielding sea-bed unviolated. “Given the significance of this decision to us, our international joint venture partners and customers, and the industry more broadly,” the company noted in a statement, “we consider that it should be reviewed by the full Federal Court on appeal”.

In a separate statement, the company promises to suspend drilling activities ‘pending a favourable appeal outcome or the approval of a fresh environment plan. Santos is seeking to expedite these processes’. On a menacing note, the company also warns that ‘uncertainty’ in the approval of such projects ‘is a public policy issue that should be urgently addressed by Australian governments to reduce risk for trade and investment in projects around the country’.

The same could be said about environmental health and consulting First Nations peoples, something that was conspicuously lacking here. Most tellingly, and troublingly, was that the gatekeeper in the affair, NOPSEMA, was less than diligent in performing its duties. In doing so, the regulator, as Greens spokesperson for resources Senator Dorinda Cox stated, “clearly failed the Munupi people”.